Larry Bird is the Greatest of All-Time

With all the “Greatest of All-Time” debates going on today, my question is, why do people forget Larry Bird when the debate is raging? Bird, along with Magic Johnson, saved the NBA, and I think that there is little doubt that if it wasn’t for Larry and Magic, Michael Jordan could never have achieved the level of fame he ultimately did. Younger people may not remember, but in the early 1980s, TV broadcasts for many NBA games were only shown on tape delay. That quickly ended when Magic and Bird arrived on the scene. Check out the top basketball betting sites for betting on the NBA.

The competition for Bird’s Celtics

I had seen arguments about how Lebron James played tougher competition than Jordan in the NBA Finals or that the NBA was tougher when Jordan played. But there is little debate that the 1980s was the most incredible time for the NBA. In the 80s, star-studded teams were scattered all over the NBA landscape. The Eastern Conference saw teams like the Philadelphia 76ers with Dr J, Bobby Jones, Andrew Toney, Maurice Cheeks and Moses Malone. The Milwaukee Bucks brought Sidney Moncrief, Bob Lanier and Marques Johnson. The soon-to-be title-winning Detroit Pistons, who started to come into their own in 1985, were building their team. And what about Dominique Wilkins and his Atlanta Hawks or the New York Knicks led by Bernard King? 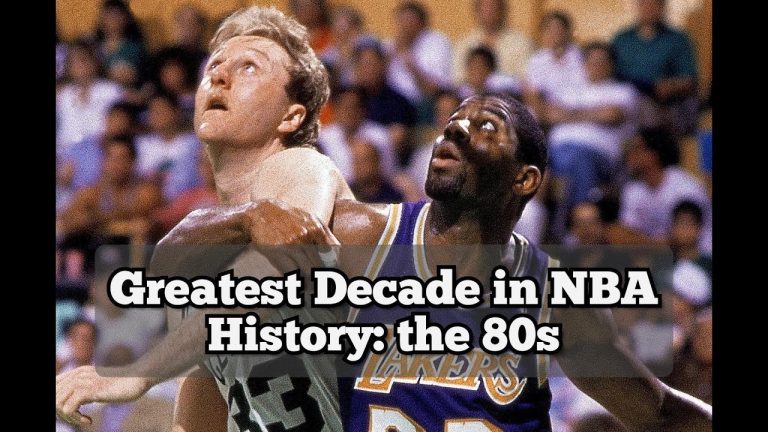 Larry Bird had to beat these great players and teams to get to the NBA Finals. The Western Conference was not as deep but you still had the early 80s Houston Rockets, first with Moses Malone and later on with Hakeem Olajuwon; San Antonio Spurs teams led by George Gervin; the Phoenix Suns led by Walter Davis; and emerging teams such as the Dallas Mavericks, Utah Jazz and Seattle Supersonics.

Larry Bird made everybody around him better.

Bird led the Indiana State Sycamores to the 1979 NCAA Title game; I said the Indiana State Sycamores! He then went to a Celtics team in 1980 that was coming off one of the worst seasons in their history and immediately took them to the Eastern Conference finals. I know that in the offseason the Celtics had added Robert Parrish and Kevin McHale, but McHale was an unknown rookie and Parrish was considered unmotivated and lazy — that is, until he got to Boston.

Lebron also makes everybody better around him, but Bird, if need be, would take a game over and win it in the fourth quarter, which James has not always been able to do. Jordan could also dominate to lead a team as Bird did, but Jordan never really worried that much about getting his teammates involved in the game. Bird is a combination of Jordan and James, the best of both worlds. 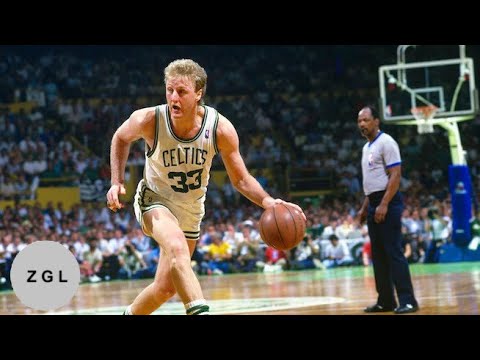 Bird in the playoffs

Bird in the playoffs was as clutch as any player who ever lived.

In 1981, to get to the finals, the Celtics had to overcome a 3-1 deficit against a great Philadelphia 76ers team that would make the finals three times between 1980 and 1983. Then the Celtics took down Moses Malone and the Houston Rockets to win Bird’s first title.

In 1984, the Celtics won what many feel was the greatest NBA Finals series ever played against one of the greatest teams in NBA history in Magic and Kareem’s Los Angeles Lakers. In ’86, the Celtics took down the Twin Towers of the Houston Rockets to win Bird his third title.

Now you might say that some players have won more than three titles, and of course, you would be right, but the only reason Jordan won more is that Bird had to compete against the Lakers. Either the Lakers or Celtics were in every final during the decade of the 1980s. Bird’s competition was far superior to Lebron’s or Jordan’s. 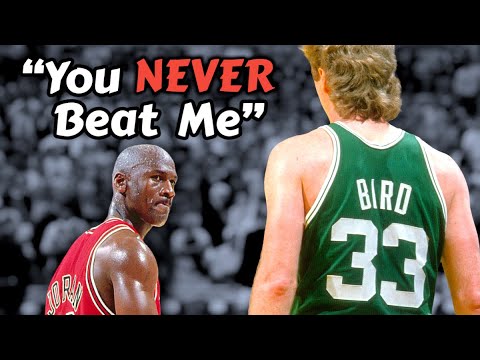 The Best Larry Bird vs Michael Jordan Story Ever Told

After the 1986 season, Bird was never quite the same because of a bad back that troubled him until the end of his career in 1992. Even with that injury, glimpses of Bird’s prime hadn’t yet disappeared. In his classic shootout against Dominique Wilkins in game 7 of the 1988 Eastern Conference Finals and in 1991 when playing injured after hitting his head off the parquet in Boston, he proceeded to take over the fifth and deciding game of the series.

What could Bird have done if his back had held up? Of course, we’ll never know, but for seven years — from 1980 to 1986 — nobody was ever better than Larry Bird. Larry Bird could affect a game even when the ball was not in his hands!