Up until the 1970’s, the NCAA Tournament wasn’t a huge deal to most people. Over the last 50 years, however, it’s become so big that even non-fans now follow.

1) The Dominance of UCLA

The Bruins, led by head coach John Wooden, became the most dominant college basketball team in the late 1960s. Dynasties can be good, and with players like Lew Alcindor and Bill Walton, the Bruins dominated for close to a decade. Check out our March Madness betting guide! 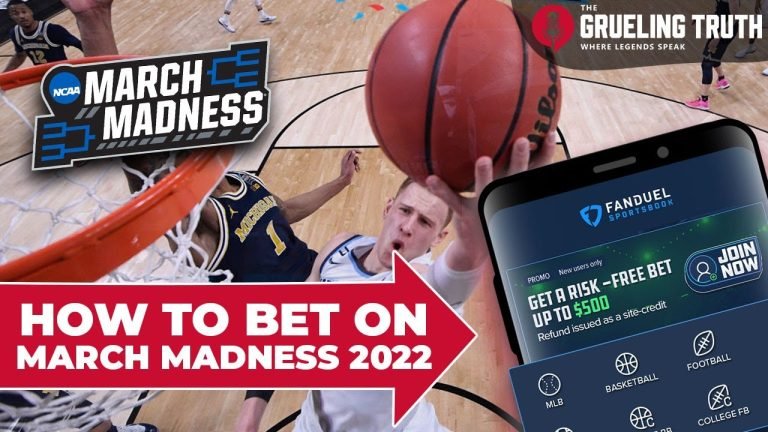 How To Bet On March Madness 🏀 Top Betting Tips & Picks 👀

The year was 1979. This was perhaps the biggest reason the tournament blew up to epic proportions. You had the inner-city African-American kid facing off against the small-town Indiana boy. It was a showdown that grew larger over the course of the year. And the way it played out made the championship game the biggest event ever played in the history of college basketball. Indiana State went undefeated including an epic showdown in the regional finals against favored Arkansas. The Razorbacks were led by Sidney Moncrief. They were expected to win by most of the so-called experts.  Those people were wrong as Indiana State, led by Bird, beat Arkansas on a last-second shot to send the Sycamores to the Final Four.

Michigan State was led by Magic Johnson. The Spartans got hot during the tournament and started rolling over everybody. The Final Four was a monumental showdown that did not disappoint. Michigan State started out with one of the most dominant beatings in Final Four history by totally taking apart the Quakers. The next game was Depaul and Indiana State and Bird put on a show. The Sycamores won a close game, setting up the ultimate showdown.

The game itself was anti-climatic. Michigan State won by the score of 75-64 – the decisive factor was the Sycamores inability to hit free throws. The tournament hasn’t looked back since. It was all about Bird and Magic. The duo would go on to save the NBA after this.

Check out our top sportsbook bonuses!

Brackets are to the NCAA Tournament what fantasy football has been to fans of the NFL. I can remember filling out brackets as early as 1982. I haven’t stopped since. Office bracket pools are extremely popular. They bring people in that would not normally care about college basketball.

Who doesn’t like David vs. Goliath stories? Unlike college football, everybody has a chance to win it all. 68 teams get in, but in all reality, the conference tournaments give everybody the chance to compete for the title. In college football, a team like Central Florida would have the possiablty of playing the big boys if a legit tournament with 16-32 teams existed. But as we know, it doesn’t. People will say the best team doesn’t always win. I, on the other hand, think the champion should be the last team standing at the end. Tournament basketball is different than regular season basketball. It’s much different coaching a one-and-done tournament than game 15 of 30. The regular season is where you prepare your team to win a championship in March.

No other sporting event displays the emotions of players and fans the way the NCAA tournament does. Sure you see a couple of guys cry if they lose the Super Bowl, but you don’t see the raw emotion that the NCAA Tournament gives you and it is enthralling to watch.

TV has a tendency to ruin a lot of sports by over-saturation. But the way the tournament plays out, there’s no better way to watch it. You get to see every game, but more important than that is the fact that with the staggered start times, you can see the ending of any game you want.

7) Expansion of the Tournament

It seems to me that every time they expand the tournament it gets bigger than it was before. Many people complain that it waters it down. But the more teams that qualify, the more attention will be on the tournament. Maybe expanding to let everybody in would be a good thing. I’m torn on that idea at the present time, but I do know the greatest basketball tournament ever held was the Indiana High School basketball tournament. That tourney allowed everyone to participate no matter how big or small the school was, and the interset skyrocketed. In 1997 they did away with the tournament, basically killing the greatest sporting event I have ever seen.

John Wooden: “The Wizard of Dishonesty”

The 12 Most Dominant Players in College Basketball History

How Larry Bird and Magic Johnson Saved the NBA

The NBA today is somewhat of a juggernaut. Even as viewership has ...

This matchup is between possibly the two best teams that these programs ...