5 Takeaways from a dominant Hoosier win over Wisconsin

1) The Hoosiers played with intensity

The Hoosiers’ effort and intensity dominated Saturday’s performance. A lack of ability to deal with adversity in Indiana’s three-game losing streak was evident. The Penn State, Northwestern, and Iowa games felt uninspiring. You could say it was because of no Xavier Johnson and Race Thompson, but the intensity should be there no matter who is on the floor. If the Hoosiers had played with this intensity against Northwestern, they would have probably come out on top in that game.

These were games Indiana could have won and should have won. Nevertheless, it was sometimes clear that the Hoosiers weren’t meant to be on the same floor with their opponent. On Saturday, Indiana was the better team. By not supposed to be on the floor in certain games, I mean they didn’t play with the intensity needed to win a game in the ultra-competitive Big 10.

Indiana competed against the Badgers for 40 minutes and displayed energy. They recovered from a poor first half offensively and played much better on the offensive end in the second half. The intensity came in the first half on the defensive end, as that defense kept the Hoosiers in the game until the offense started to click. 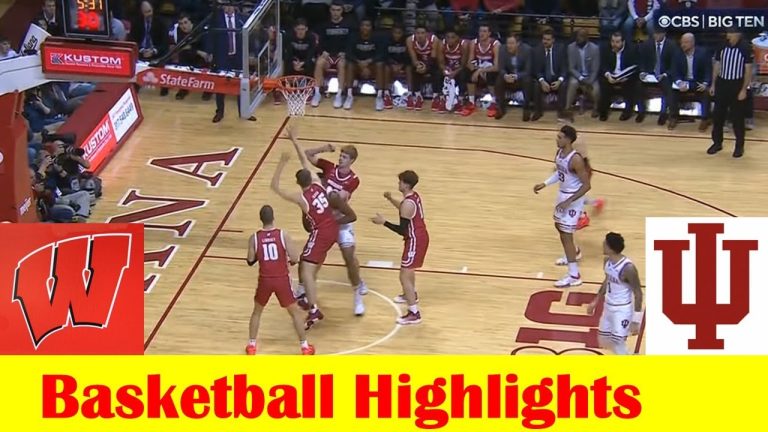 Coming into Saturday, Steven Crowl of Wisconsin had been playing the best basketball of his three-year career at Wisconsin. But, in Assembly Hall, it was clear who the better player was: Trayce Jackson-Davis.

Defensively, the 7-foot Crowl had no answer for TJD’s quickness and baseline moves. It was a game where the All-Americans just wore Crowl down. In the last 10 minutes, Jackson-Davis was getting anything he wanted. Trace imposed his will on the entire Wisconsin team.

Offensively, Crowl struggled, shooting just 2-for-8 from the field. You can credit Jackson-Davis for that. He picked up five blocks and added a steal. Plus, in the second half, his relentlessness on offense sapped all energy from Crowl.

There’s no question that Indiana is at its best when their All-American is playing complete basketball. That’s what we saw from Jackson-Davis on Saturday as he made plays utilizing his quickness. Davis was on an entirely different level than everybody else on the floor.

3) The Hoosiers need to start hitting from behind the arc

Yes, the Hoosiers won, but the three-point shooting was not there yet again, and if they don’t get that straightened out, this season will be an almost impossible uphill climb.

With 4:35 left in the game, Miller Kopp made Indiana’s first three-pointer. This was Indiana’s eighth attempt to make a 3-pointer beyond the arc.

Since the injuries to Xavier Johnson, Race Thompson, Indiana, has struggled to create or find space for perimeter shooters. In the last two games, Indiana has shot just 5-for-22 from deep.

Although they beat the Badgers, this kind of play isn’t sustainable in todays basketball.

It should be a priority for Indiana to run set pieces and find Kopp open from the perimeter. What is Kopp’s role in this offense if they aren’t trying to get him looks from three?

Geronimo was the spark at the end of last season that helped the Hoosiers make it into the tournament. That spark has been missing this season until yesterday’s game.

The Indiana junior forward had easily his best game of the season. Geronimo ended the game with 12 points and 11 rebounds, five of them offensive. The Newark native committed only one foul and did not turn the ball over once.

If Geronimo can continue this style of play, the Hoosiers will improve just because of the energy that Geronimo brings to the game. The energy needs to stay positive. 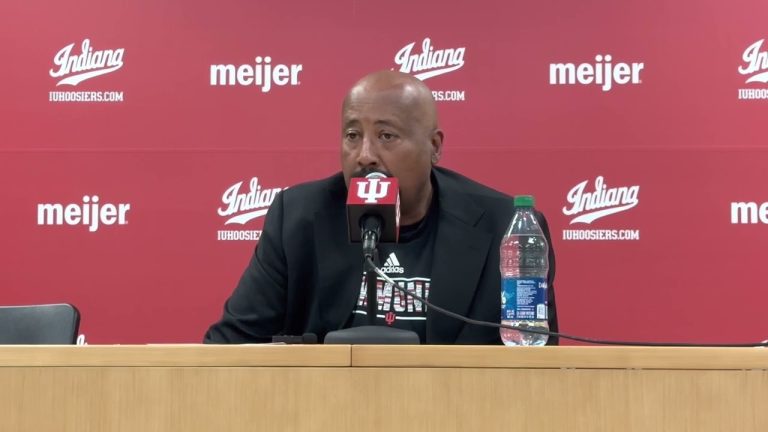 5) The downside of the game

Wisconsin missed open look after open look. Indiana won because they shot poorly and were missing their best player. They shot 32% from the field (20% from 3pt – and 36% from the free throw line).

With that being said, remember the Hoosiers are missing two of their best players; Wisconsin was only missing one. I don’t think Wisconsin is a great team, but they are a solid team, which makes this a solid win. The only way this game will be remembered is if Indiana can build on it, and in the past, a win like this would be followed by a disheartening loss.

The test is up next on the 19th as the Hoosiers go on the road to face a very athletic and talented Illinois team. If the Hoosiers bring intensity, they will have a shot to win that game, as Illinois is a very hot and cold team.