The Top 5 Arizona Diamondbacks of All Time

Ranking the 5 Best Diamondbacks of all time!

Current players are not eligible for this list. That means when he retires, and Paul Goldschmidt will slide into second place behind Randy Johnson.

Finley was a three-time Gold Glover (if you included his split year in 2004), who could also hit for both average and power, reaching 20+ home runs in five of his six seasons here, and was a threat on the base-paths as well. So he was a true five-tool player. Curt Schilling teamed up with Randy Johnson to make up the best one-two combinations of starting pitchers, maybe in the history of Baseball. They are the reason the 2001 Diamondbacks won the World Series. Schilling catches a lot of heat from fans nowadays because of his political viewpoints, and that’s fine; remember what he did on the mound because he was a stud on the mound! He Won the Cy Young. Then He Disappeared from Baseball.

Gonzalez was an excellent defensive player, and the stats show that as he made 6973 outs – ranking 57th all-time. Gonzalez had 95.7 fielding runs above average. Gonzalez played four seasons at the gold glove level of 15 fielding runs or above. He could swing the bat also as he hit 224 home runs for the Diamondbacks and drove in 774 runs. Of course, a game-winning hit-off Yankees closer Mariano Rivera doesn’t hurt either! 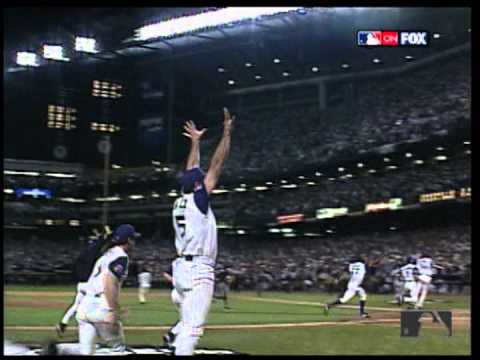 Johnson struck out 13+ batters for Arizona on 35 occasions. All 113 other starting pitchers used by the franchise have combined for only 12 such games. Randy doesn’t just sit #1 on the franchise list for strikeouts in a single season. Johnson is also #2, #3, and #4. In just four years with the Diamondbacks, he would go 81-27, be a four-time All-Star, win the Cy Young award each season, and lead the Diamondbacks to three division titles. That peaked with the 2001 World Series victory, in which Johnson went 3-0 with a 1.04 ERA, being named co-MVP with Curt Schilling. Previous article
« Rope A Dope: Charlo vs Castano Recap! Who Wins The Rematch?
Next article
Are the Cincinnati Bengals cursed or just inept? »