The Grueling Truth - Where Legends Speak / Out of Left Field:Talking the 3 newest Hall of Fame inductees with MLB Analyst Mark Derosa and John Smoltz!

Out of Left Field:Talking the 3 newest Hall of Fame inductees with MLB Analyst Mark Derosa and John Smoltz!

The Major League Baseball Hall of Fame will be adding three new plaques on July 30, 2017.  Out of the 34 former players who had the distinction of making the 2017 Hall of Fame ballot, at least 75% of voters from the Baseball Writers Association of America (BBWAA) elected Jeff Bagwell, Tim Raines, and Ivan Rodriguez.

These three men made a huge mark on the game in the eras that they played.  Granted, 2 of these three men played in an era marred by steroid use, and there have been grumblings, some louder than others, that Rodriguez and Bagwell used some performance enhancing substance during their careers.
Jeff Bagwell was a staple of the Houston Astros franchise for a decade and a half.  A 1st baseman who played less than 140 games only three times in his entire career, he was named the National League Rookie of the Year in 1991.  Just three seasons later, Bagwell won his only Most Valuable Player award in a season in which he amassed 39 home runs, 116 Runs Batted In (RBI), and had a batting average of .368.  Where baseball is a game of failure, Jeff Bagwell succeeded almost 37% of the time he stepped into that right-handed batter’s box.  Even more impressive, the year he did all of this was 1994, a season shortened by a strike that almost killed the game of baseball.
Tim Raines was the player overlooked for nearly a decade and had it not been for the explosion of social media and sabermetrics in the last several years; he may have fallen off the ballot this year the way Lee Smith did.  Who was Lee Smith, you might be wondering?   He held the record for career saves before it was broken by Trevor Hoffman, who we will touch on, and, eventually, Mariano Rivera.  Tim Raines’ statistics will not jump off of the page and slap you in the face screaming, “I am a Hall of Famer!” What they will do is show you a player who played 23 seasons, was a seven-time All-Star, amassed over 2,600 hits and retired from the game 5th on the all-time stolen base list with 808.
Ivan Rodriguez, “Pudge” as he was known by legions of fans, is the greatest catcher since Johnny Bench.  The only player out of these 3 enshrinees to make it into Cooperstown, NY on his first ballot, Rodriguez was a 14 time all-star (yes, 67% of the seasons he played in the Big Leagues saw him on the All-Star team), the 1999 American League MVP, and a 13 time Gold Glove winner.  Those 13 Gold Gloves are the most of any catcher in the history of Major League Baseball.  Couple his outstanding defense with 2,844 hits and the may other statistics where his in the Top 100 all time, it is not hard to see why Pudge made it in on his first ballot.
Mark DeRosa, a former player and current analyst on MLB Network, talked with us about his take on what these three men mean to the history of the game and what the other players swallowed up by the steroid era, including Barry Bonds, deserve from the game they played for so many years.
Now, I said I would get to Trevor Hoffman.  Hoffman was a prolific Closer.  He held the all-time Save record until New York Yankee great Mariano Rivera usurped it, and only did so by about 50 games.  He finished this year’s voting with 74% of the vote, 1% away from induction, or approximately six votes.  Hall of Fame pitcher from the Atlanta Braves and current MLB Network and Fox Sports analyst John Smoltz gave us his opinion on where Trevor Hoffman stands now that the stigma of being a “specialty pitcher” is being laid on players who had no control over how they get used in a game. 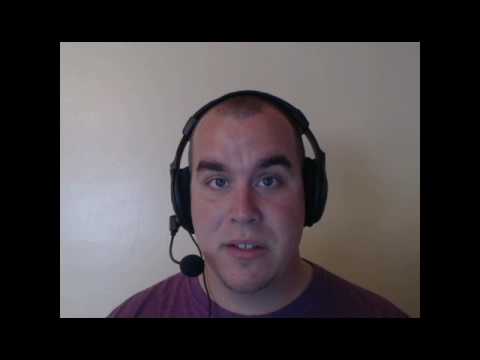 Previous article
« Out of Left Field:Looking at the N.L.West and an interview with Umpire Hunter Wendelstedt!
Next article
The New England Patriots: Cheaters or victims of envy? »