Dave Concepcion belongs in the Hall of Fame

Most people associate The Big Red Machine with Pete Rose, Johnny Bench and Joe Morgan. Tony Perez, George Foster, and Ken Griffey are all familiar names. Dave Concepcion is the player I think deserves the most credit for his contributions to the game. He was part of one of the greatest teams in MLB History.

The Reds success of the 70s was made possible by the slick-fielding Venezuelan shortstop. He should, in my opinion, be enshrined at Cooperstown as one the greatest players in the game. Concepcion was a highly-regarded shortstop in the game from 1970 to 1988. Take a look at Concepcion’s career achievements: Check out the top baseball betting sites.

Concepcion is a highly decorated shortstop in the major league. It is essential to highlight the combination of Silver Sluggers and Gold Gloves. Although he only won two Silver Sluggers for his efforts, it was uncommon to find shortstops who could field well and still hold their own at the plate.

The most important thing when trying to convince a player to be in the Hall of Fame is his career relative to other Hall of Famers in that position.

Remember, Concepcion was still a young man at the time. Barry Larkin and Robin Yount had not finished their careers by the time Concepcion retired. Apart from Luke Appling, Honus Wagner and Ernie Banks I cannot think of any Hall of Fame player I’d rather have at shortstop when Concepcion retired. 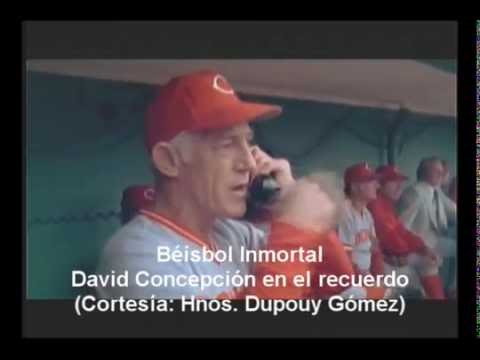 Concepcion was the best shortstop in the Major Leagues for a decade! How can the best at a position for an entire decade not be in the hall of fame?

His numbers are comparable to those of Ozzie Smith and other Hall of Fame shortstops. His style and demeanor reflected a stateman. He did a great job on the field and positively impacted society. In 1977, he won the Roberto Clemente award for humanitarian work.

Concepcion was a fine player who made difficult plays seem easy. He developed a one-bounce throw to first to take advantage of the artificial turf at most National League stadiums. This was a joint effort with Tony Perez later in Concepcion’s career. He was a loyal player who played with the Reds throughout his entire career, 1970-1988, during a time when players often used drugs. Check out the top baseball odds.

Again, I am puzzled as to why he is still looking out at Cooperstown from the outside. Perhaps because he was a light-hitting hitter. Concepcion’s statistics are comparable to those of other Hall of Fame shortstops. Concepcion is not the position you expect to hit 30-plus home runs. No one can become an All-Star at shortstop hitting below the Mendoza line, and Concepcion was a perineal all-star.

It could be that he was a hardworking, no-nonsense player. Concepcion, who was a finesse player at shortstop. He was also a model player and helped mould Barry Larkin (another finesse player).

Concepcion had an admirable trait that is rare in professional sports. He was a loyal player who never needed big money and spent his entire career with the Reds. This type of relationship helps to build an identity that fans can follow and a city that is proud to have.

Baseball is suffering a grave injustice, which it continues to be. Like Bench, Morgan and Perez, Dave Concepcion should be with his fellow teammates in Cooperstown. He is positive, hardworking, and loyal.

Rogers Hornsby or Joe Morgan: Who was the Greatest Second Baseman in Baseball history

https://youtu.be/1V9PVY-Wh-I This is a considerable advantage for Hornsby. I don't discount that. ...

A few years ago the Philadelphia Phillies canceled their previously planned "Wall ...