The Grueling Truth - Where Legends Speak / Uncategorized / UFC 230: A must win

The build-up for UFC 230 at the historic Madison Square Garden in New York, New York has been bizarre, among other things. Initially, the card featured a co-main event that saw the return of Nate Diaz after his 24-month absence from the cage. Diaz was supposed to fight Dustin Poirier. When no there was no official main event booked, the two lightweight contenders vied for an inaugural165 title fight. That gained zero traction with UFC president Dana White.

An injury followed that news. Poirier damaged his hip, which forced him off the card. The news reached Diaz, who also withdrew his services from the New York card. All the while, there was still no official main event.

The disgusting post-fight antics after the main event at UFC 229 at T-Mobile Arena in Las Vegas has left a less than poor imprint on the UFC’s image. Both champion Khabib Nurmagomedov and former champion Conor McGregor faced dispensary action from the Nevada commission. The promotion needed to show it took a positive stride out of the Vegas fiasco, that positive, is Derrick Lewis. Lewis is an outspoken knockout artist who’s won nine of his last ten fights, seven of which by knockout. 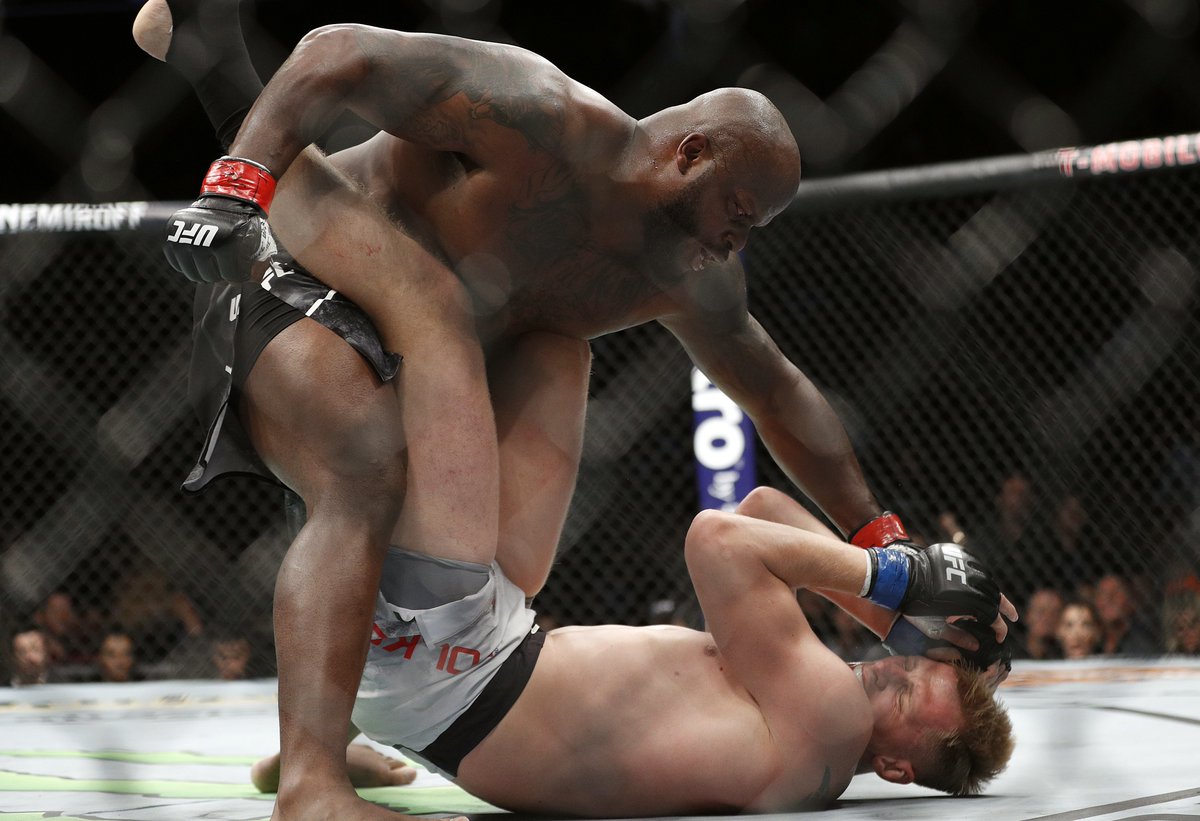 A mere two days after he slept Alexander Volkov, “The Black Beast” was slated to headline UFC 230. His opponent, the then, Double Champ and family man, Daniel Cormier. “DC” is a former Strikeforce heavyweight champion and one of the most decorated athletes in MMA history. His commitment to the sport, his reputation, and his family is a perfect remedy to help heal the image of the UFC. Cormier admitted, the UFC paid a lot to get him on the card.

“I didn’t think I was going to fight on this card, but the deal I got was so good,” Cormier said. “There was no way I could say no, honestly. Especially with a guy like Derrick, who is not known for the best cardio. I’ve got to start fast and hope I can push harder than him, even with a short camp,” said Cormier in a recent interview with ESPN.

Cormier claimed his UFC heavyweight gold with an impressive first-round KO of Stipe Miocic back on July 7. The victory made his just the second simultaneous champion in UFC history, the other being the aforementioned, Conor McGregor. “DC” has since been stripped of his light-heavyweight title to make room for the return of Jon Jones. Jones is set to face Alexander Gustafsson for a second time on Saturday, December 29.

Cormier knows Lewis is still a formidable opponent, but DC admits he likes the favorable matchup,

“I think in this fight, Derrick has to knock me out to win. Usually, if a guy only has one path to victory, I do pretty well. Yes, I will admit the opponent factored into this.”

As for the co-main, a new bout has also emerged. After Poirier’s injury and Diaz’s withdraw. The promotion put a very intriguing rematch together. Luke Rockhold vs. Chris Weidman II. The two fought in 2015 where Rockhold KO’d the then-undefeated Widman and earned UFC middleweight gold. Unfortunately, injury struck again, Rockhold can’t compete due to a leg injury. The now official co-main is Ronaldo “Jacare” Souza versus Chris “The All American” Weidman. Weidman should control this fight wherever it may go. He posses powerful striking and has the wrestling and cardio to push a pace that the 38-year-old Souza will find difficult to maintain.

The negativity surrounding the UFC is well warranted. In the case of UFC 230, the promotion took a stride forward, under vague and uncertain circumstances. In less then a month they’ve added the pound for pound #1 fighter in Cormier. He’s set to face a heavy hitter that is always sure to entertain both in the cage and behind a microphone in Lewis. The co-main was changed then recharged and still prompts two top-five middleweight contenders, one of whom is a New York native and former Champion, Chris Weidman. Tonight promises to boast not just entertaining fights, but with all things considered, a well needed positive output for the UFC.

Valdez vs. Conceicao & Holyfield vs. Belfort: The Show Mustn’t Go On

Another two straws were placed on the camel’s back with the camel ...

Mixed Martial Mindset: McGregor Threatens To Shoot Dustin And His Wife In Their Sleep

Mixed Martial Mindset: McGregor Threatens To Shoot Dustin And His Wife In ...

Mixed Martial Mindset: UNCENSORED! Is BlackRock And What’s Going On Part Of A Black Project

Mixed Martial Mindset: UNCENSORED! Is BlackRock And What’s Going On Part Of ...