The Grueling Truth - Where Legends Speak / 3 Surprise teams for the 2016 NFL season!

Seems like every year their is at least one surprise NFL team that makes the playoff. Today we will look at 3 teams that could surprise people this coming season.

GM Reggie McKenzie’s has put together a deep talented roster that may be on the verge of winning the AFC West. Derek Carr was a top quarterback over the first two months of the season before fading down the stretch. Receiver Amari Cooper came into the league as a polished route-runner but had a case of the drops. And Latavius Murray still needs to prove he’s a workhorse back. All three have plenty of room to grow in 2016, and there’s no reason to believe they won’t. The big key especially to the development of the offense could be the offensive line, they made some key additions that could make this a top 3 line in the NFL. http://thegruelingtruth.net/football/nfl/11-best-offensive-lines-nfl-2016/

The defense will surely be better this season. The secondary has been completely overhauled, with free agents Reggie Nelson and Sean Smith joining the fray, as well as rookie safety Karl Joseph. The one holdover is cornerback David Amerson, who is starting realize his potential after leaving Washington. And, oh yeah, All-Pro linebacker/defensive end (he made the All-Pro team at both positions) Khalil Mack might actually be a monster — a running game-wrecking, quarterback-devouring monster who will challenge for the Defensive Player of the Year award. This team is stacked from top-to-bottom. The question is do they have the right coach in Jack Del Rio to get them to the next level?

The Raiders still have a lot of questions to answer, but when you have a roster this deep, you should have plenty of answers to any questions. The Bucs lost three games by less than a touchdown last season, and seven of their ten losses came by 14 points or less. A single touchdown swing puts this team in the playoff picture and swinging half of those games in the Bucs favor has them in the Wild Card. This is not a major shift for the offense or defense. Winston alone can swing a game by a touchdown, especially if he improves as expected. A top running Back in Doug Martin will help Winston avoid a sophomore slump and he has plenty of weapons at wide receiver.

The key may be a defense that had its issues last year. The Buccaneers took a number of steps to bolster it in 2016, adding veterans such as defensive end Robert Ayers and youngsters such as cornerback Vernon Hargreaves and edge rusher Noah Spence.

If the Buccaneers improve as much under new defensive coordinator Mike Smith as they’re expected to on offense, this team has the talent to make noise in a top-heavy NFC South. That may not be enough to unseat the Carolina Panthers, but it could easily have Tampa in the wild-card hunt as families sit down for thanksgiving dinner. 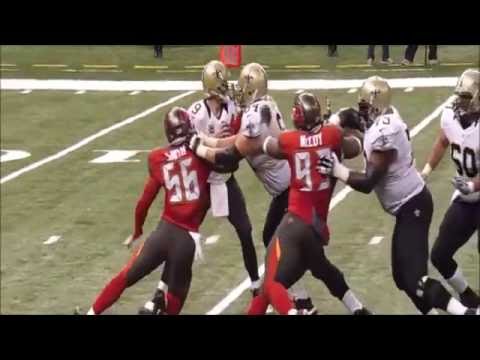 Give John Fox two years, and he’ll produce a playoff team. That’s how it gone down for him in past coaching stops when Fox pushed the Panthers to the Super Bowl and the Broncos to the best record in the AFC in Year 2. Both teams were built on a strong defense, and Chicago has more than enough talent on that side of the ball to produce a playoff push. The front-seven could be scary good after the additions of linebackers Danny Trevathan and Jerrell Freeman. Defensive tackle Eddie Goldman grew into a destructive force over the course of a productive rookie season. And with Lamarr Houston, Pernell McPhee and rookie Leonard Floyd coming off the edge, the pass rush should be much improved. Defensive coordinator Vic Fangio has more than enough pieces to put together a top-10 unit.

Offense is a different and more concerning case, the loss of Adam Gase could really affect this team. QB Jay Cutler played well under Gase’s tutelage last year, if he can have a season similar to last season this team could make a wild card run. The loss of Matt Forte and replacing him in the run game is also a concern, but overall with what they have added on defense the Bears should be a threat this year.