I know they didn’t win the super bowl, but I felt a 16-0 season deserved to be on here. They were the only team to complete a 16 game regular season without a loss and were dominant in that season. The Patriots don’t win it every year, but if you want a safe bet at the start of every year, you cannot go wrong with the Patriots. Check out these safe, legal betting sites in the US if you want to make futures bet on the upcoming NFL season. 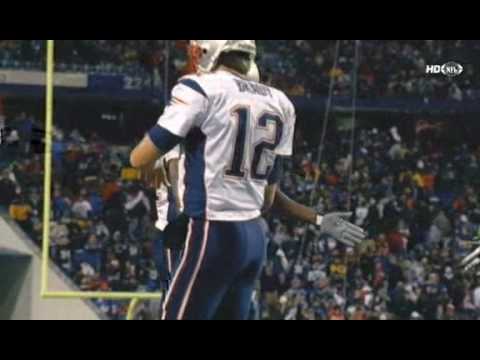 The 1964 Browns had maybe the greatest running back of all time in Jim Brown. In addition, quarterback Frank Ryan enjoyed a pro bowl season in 1964, thanks in part to the hands of Hall of Famer Paul Warfield.

Still, the reason why Cleveland won that year’s championship game was defense.

In the NFL Title Game, they forced four turnovers, including two picks of the great Johnny Unitas, who had the worst postseason performance of his career that day in late December 1964. Any team equipped with that running game and a defense capable of shutting out the NFL’s premier passing game is one of the all-time greats.

They gave up only 10 points in two playoff games and completely throttled Dan Marino in the Super Bowl. Very dominant regular season at 15-1; the difference between this team and the Niners team I rank higher is no Jerry Rice or John Taylor. The Highlights of Super Bowl 1985 49ers vs. Dolphins

Maybe the greatest defense in a single season that the NFL has ever seen. The offense was mediocre; they made a list over the 2002 Bucs and 2000 Ravens because they had Walter Payton at least on offense.

Kurt Warner, Marshall Faulk, Isaac Bruce, and Torry Holt put together one of the most explosive offenses anyone has ever seen. But, of course, all but was made possible by an offensive line anchored by the era’s best offensive lineman, Orlando Pace.

The Rams defense made the plays necessary to complete perhaps the most improbable Super Bowl run in NFL history.

Just look at the NFC Championship Game, where they limited the Bucs to just six points or the tackle Mike Jones made to preserve the Super Bowl win over Tennessee.

They had perhaps the finest collective offensive line in history (led by Hall of Famers Gene Upshaw and Art Shell), the most outstanding punter (Ray Guy) in history, a suffocating defense that featured arguably the most exceptional cornerback in history (Willie Brown), and an excellent running game.

Still, it was the offensive skill players who set them apart.

Ken Stabler was exceptionally clutch and so skilled in the pocket. And why wouldn’t he be when he had an elite trio of pass-catchers: Dave Casper, Fred Biletnikoff, and Cliff Branch.

The Cowboys already had a great team going into 1977; the addition of rookie running back Tony Dorsett makes this the best Cowboys team ever. Dominated in the playoffs beating Chicago 37-7, then hit the Vikings 23-6 to advance to the Super Bowl. A crushing 27-10 win over the Denver Broncos finished up one of the most dominant performances of any team in playoff history.

This team was jam-packed with free-agent veterans pieced together for one specific purpose: defeat Dallas. That’s why they signed Deion Sanders, Ken Norton, Gary Plummer, Bart Oates, and Rickey Jackson.

They achieved that goal, and in one of the NFL’s most anticlimactic championship games, they trounced the helpless Chargers.

But what exactly makes them “better” than the ’77 Cowboys, the ’84 49ers, or the ’72 Dolphins? Well, in addition to having the NFL’s top-scoring offense, sixth-ranked scoring defense, and averaging a margin of victory of 21 in three postseason games, they had Jerry Rice catching passes from Steve Young.

Terrell Davis, Rod Smith, and Shannon Sharpe gave Elway the offensive pieces he desperately needed. On the other side of the ball, the additions of Neil Smith, Bill Romanowski, and John Mobley helped Denver’s defense become as consistent as any in the NFL.  They won in the playoffs and Super Bowl by an average of 3 TDs per game.

Not only did this club pull off a major Super Bowl upset by trouncing the 12-point favorite Vikings, but it was loaded with Hall of Famers: Len Dawson, Bobby Bell, Buck Buchanan, Willie Lanier, Emmitt Thomas, and even kicker Jan Stenerud.

That alone would probably be enough for a reasonably high spot on this list, but how they reached the Super Bowl pushes them past many of the teams already mentioned.

After going to Shea Stadium and upsetting the Super Bowl champion Jets (they picked off Joe Namath three times, allowed him only 14 completions on 40 attempts, and didn’t allow his team a touchdown), Hank Stram’s club went to Oakland and dominated a powerful Raiders club. I know they were undefeated; they were a truly great team. They were a one-dimensional run team, solid QB in Bob Griese, and hall-of-fame WR Paul Warfield. But, tell me, if need be, they could have been an excellent passing team. Instead, they were far from dominant in the playoffs, winning three close games. 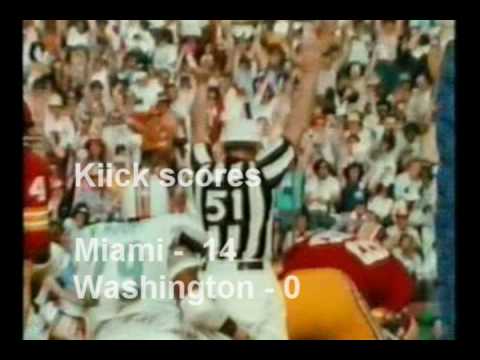 It was possibly the best Packers team because they had a healthy Hornung and Taylor together the only season that would happen.

Add that to a pair of great linemen (Forrest Gregg, Jerry Kramer) and a defense stacked with Hall of Famers (Ray Nitschke, Willie Wood, Willie Davis, Henry Jordan, Herb Adderley), and you have the greatest pre-merger team of all time.

That’s what happened in Super Bowl XXVII, a game that would have been the most lopsided Super Bowl in history had it not been for Leon Lett’s gaffe.

For them to embarrass the two-time AFC Champion Bills proves just how dominant they were.

I brought the defense up first because people forget how great a defensive team the Cowboys were.

Everywhere you looked, there was a Hall of Famer. Under center: Terry Bradshaw. In the backfield: Franco Harris. Catching passes Two of them, Lynn Swann and John Stallworth. On the offensive line: Mike Webster. Defensive line: Mean Joe Greene. Linebackers: Two of them, as well, Jack Lambert and Jack Ham. In the secondary: Mel Blount.

They dominated the Broncos and Oilers in the playoffs and then beat a great Cowboys team in Super Bowl XIII.

Joe Montana’s most remarkable season, possibly the most incredible season any QB ever had.

Aside from Montana, Rice, John Taylor, and the rest of that passing attack, the running game (led by Roger Craig, Tom Rathman) was highly efficient. And on the other side of the ball, where Ronnie Lott continued to dominate despite missing several games due to injury, they were nearly as overpowering.

They separated themselves by demolishing all three teams they played with ease.

Previous article
« Legends of Boxing Show: Former WBA Lightweight Champion Sean O’Grady
Next article
The Bengals are lifeless in a loss to the Bears, the Fault is Zac Taylor’s »