Few people have survived the kind of roller-coaster ride that has been the life of Bobby Czyz: Two serious automobile accidents (one kept him off a plane that crashed, killing all of his Team USA amateur teammates; the other put him in a hospital for seven weeks, a coma for 28 days), his father’s suicide, his riches-to-rags tumble after he was fired as Showtime’s ringside analyst, and multiple other potentially debilitating incidents.

Czyz, a member of MENSA (recognition that his IQ tests among the top 2% in the world), joins us on this week’s Ringside Boxing Show to explain how he endured the many valleys in his life — the latest of which had him working a $250-a-week job at a New Jersey grocery store. He also hints that he may soon be analyzing fights again at ringside for a major TV network. Czyz also explains why he’s an atheist.

This fascinating, wide-ranging interview with one of the most colorful personalities in boxing is preceded by Paul McLaughlin’s report from the United Kingdom.

And expert analysts Travis Hartman, Rizwaan Zahid and John J. Raspanti review Tyson Fury’s bloodbath victory over Swedish challenger Otto Wallin, Devin Haney’s place on today’s 130-pound landscape as a 20-year-old, the bookmakers’ massive odds favoring Canelo over Kovalev, and a preview of what might be the most-overlooked match-up of 2019 — Gvozdyk vs. Beterbiev on Oct. 18.

Dennis Taylor is host of The Ringside Boxing Show, editor/publisher of www.ringsideboxingshow.com, and co-author (with John J. Raspanti) of “Intimate Warfare: The True Story of the Arturo Gatti and Micky Ward Boxing Trilogy,” an Amazon bestseller.

Fate seems to revel in delaying our forward progress by placing obstructions ... 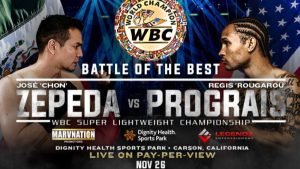