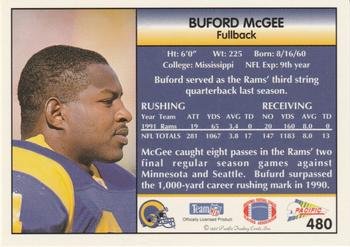 If case you missed it, the inaugural season of the reborn Los Angeles Rams is over, with our guys once again pummeled to cap an inexpressibly disappointing 4-12 season. But hey, don’t look back In anger on a wasted year: Look back with nostalgia on a happier past with the L.A. Rams 2.0 Show!

Buford tells us all about his career in the NFL, from getting drafted in the 11th (!) round to cracking a Chargers roster that also included Chuck Muncie, Earnest Jackson and then-heralded rookie Lionel James. Naturally, the name Eric Dickerson – a teammate of Tony and Buford’s in Los Angeles – enters the discussion as well.

Buford also offers an interesting perspective on the changing NFL, coming as he is from a position that is critically endangered, if not quite extinct, in modern pass-happy, TE-heavy offenses. He reckons it goes back to Bill Walsh’s offensive schemes…

Check out episode 14 of the L.A. Rams 2.0 Show with hosts Tony Hunter and Os Davis right here, download with Spreaker or Stitcher, and/or subscribe via iTunes.

(Theme music: “Rare Bird” by Tab & Anitek, remixed with sample from HBO’s “Hard Knocks” and a cameo appearance from our president-elect. Used with Attribution Noncommercial-ShareAlike 3.0 License.)

Dan Devine was one of the greatest coaches in College Football history; ...

Suppose you are looking to compete with Alabama. In that case, the ...