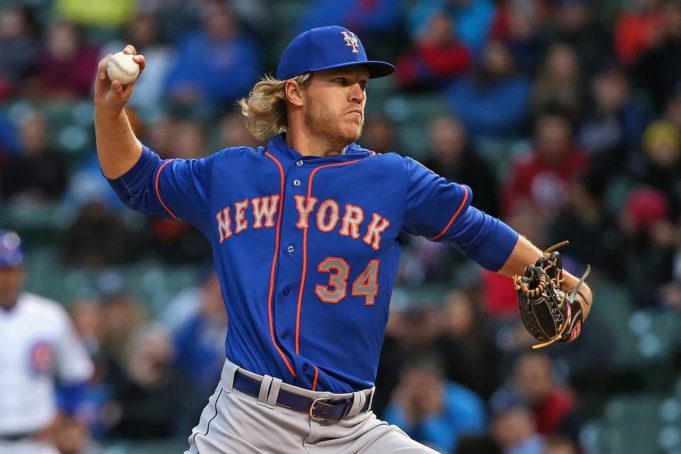 Well, we are just over 2 weeks into the 2017 Major League Baseball season and already there are some surprise teams both on top and on the bottom of their divisions.

This week, Graham and Chris take a look at the 6 MLB divisions, the surprises in each division, plus should any teams be pressing the panic button less than a dozen games in?

Plus, Noah Syndergaard had to leave yet another start early. While it was not a blister that forced his early exit, it was an injury on his throwing hand. Hear the odd reason he was removed and the even odder solution that may be used.

Lastly, MLB umpire Dale Scott took a horrific foul ball straight back to the chin of his mask. He was placed in a neck brace and eventually carted off the field on a back board. Injuries can happen to players and umpires alike. We have all seen the research done on head trauma and long term effects to the human body. Well, there is a product on the market for catchers and umpires, from youth all the way to the Big Leagues, that can help prevent these injuries. Creator of the Force 3 Defender mask and other Force 3 products, Jason Klein, joins the show this week to talk about the line of products he has created and why they are revolutionizing baseball. Make sure you check out all their products at www.force3progear.com.
Listen to “Out of Left Field: Surprise Teams so Far, Noah Syndergaard and Protecting Umpires” on Spreaker.

The Inspiring Life and Tragic Death of Lyman Bostock

Bearcats on the Prowl: A Look back at a huge win in Indiana

The Finfans Podcast: A Giant Letdown