The history of Michigan Wolverines football! 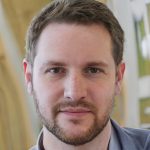 Today, we discuss the college football history of the Michigan Wolverines. Yost to Schembechler, Michigan-Ohio State, Desmond Howard, Snow Game and Little Brown Jug. Want college football history?  Michigan has eleven National Championships, the most wins and the highest winning percentage of any NCAA Division I College Football program. One coach won 4 National Championships in his first four seasons.  Want tradition?   Another coach named Bo may have rewritten the definition of ‘rivalry’ during his 10 Year War with coach named Woody.  Three Heisman winners, one striking pose, a Hail Mary, the oldest Trophy Game and the snow game for the ages translates to a football tradition few schools can claim.

Previous article
« 1980 NBA Playoffs How the West was Won Pt.2: Seattle vs Portland
Next article
Ranking the Top 10 Running Backs headed into the 2021 NFL season »

To start off with Alabama’s current dynasty is not included, because if ...