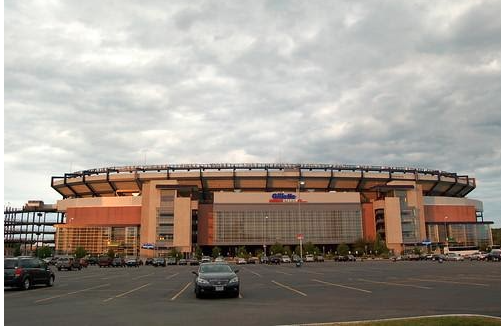 They’re known as the unluckiest team in MLS history but could this be the year that New England Revolution finally delivers the ultimate prize in US domestic soccer? They’ve been to five MLS Cup finals and have lost every single one but, after a bright start under a successful coach, maybe it’s time for a Revolution in 2021.

It’s early days of course but, eight games into the current campaign, New England is leading the way in the Eastern Conference and a playoff slot looks assured at this stage.

Across those eight games, Bruce Arena’s Revolution has won five games, drawn two, and lost one. A total of 17 points puts them three ahead of their closest challengers Philadelphia while Orlando City and New York City are among the chasing pack.

There’s a long way to go but there are encouraging signs to suggest that New England can maintain that form and finish on top of the Eastern Conference. That would be an achievement in its own right but the MLS Cup must be the ultimate aim for a team that’s come so close to glory in the past.

Despite that promising opening, New England Revolution has yet to impress the pundits with their credentials. The sportsbooks have made their verdict and, according to those outlets sourced from asiabet, sports betting markets for the 2021 MLS Cup winner show Seattle Sounders as the clear favorites.

Following on from the leaders, Los Angeles FC, Columbus Crew, Orlando City and Philadelphia Union are among those who make up the chasing pack. Meanwhile, New England are merely the sixth favorites at a relatively distant price.

Major League Soccer returns in June following an international break and those figures will adjust based on upcoming results. Asiabet will be quick to react with updates on odds for the MLS Cup winner while there will also be news and opinion articles on soccer in the US and beyond.

Readers of this website who would like to take their interest a stage further can also find a set of recommended sportsbooks. Those operators will have a choice of funding methods and many have generous welcome offers in place. It’s a handy site to consider but should bettors be looking to get behind New England Revolution in 2021?

Revolution had scored 11 goals from those first eight games. That’s not a particularly high average and it’s certainly an area that could be improved as the franchise goes deeper into the new season.

There are some encouraging figures within those statistics, however, and one player to impress in the opening stages is Polish striker Adam Buksa. The 24-year-old has been at the Gillette Stadium since December 2019 and he’s averaging at around a goal every three games overall. That ratio has improved since the start of 2021 and the attacker will need to maintain those performances.

Adam Buksa is Revolution’s second most expensive signing behind his strike partner – Argentinian Gustavo Bou. Having played just six of New England’s first MLS games of 2021, Bou has found the net twice. His overall strike rate is better than Buksa’s but the two are complementing each other well at this stage and it all looks very positive.

Having conceded seven goals at the back from those opening eight matches, New England will also look to tighten up in defense. Players have made a bright start but will need to improve in the coming weeks.

Another key man in the setup sits in the dugout. New England may not have lifted any major silverware but their current coach is a definite winner. Bruce Arena arrived at the Gillette Stadium in 2019 having previously enjoyed a brief stint in charge of the USMNT.

Prior to his international appointment, Arena had coached LA Galaxy, New York Red Bulls and DC United in MLS. During that time he’s won the MLS Cup on five separate occasions – twice with DC United and three times with Galaxy.

That’s a great pedigree and the presence of Bruce Arena is one reason why Revolution fans feel that their team can finally go all the way. The first task is to secure that playoff place and, from that point, anything is possible.