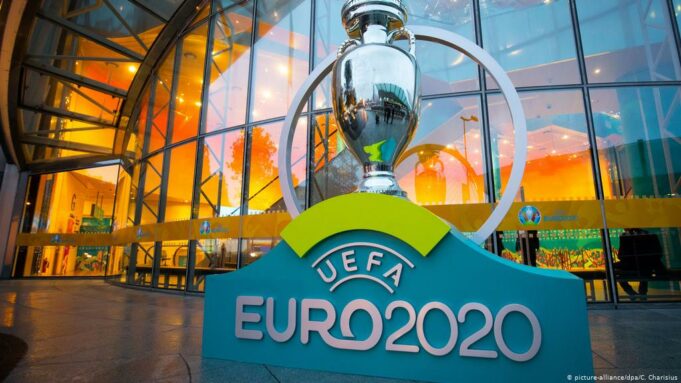 June is always a great month for sport, with major events traditionally held in a range of leagues, from tennis and cricket to golf. Last June was a disappointment for many sports fans as games and tournaments were suddenly cancelled due to the COVID-19 pandemic.

However, most events are now back on track, even if fans are not necessarily allowed to return to the stadiums in large number that we saw pre-COVID. Nevertheless, there are a range of exciting events to look out for this June. So grab your friends, heat up the grill, and enjoy some world-class sport!

Yes, you read that right – the 2020 UEFA European Football Championship, commonly known as the UEFA Euro 2020 is set to be held in June this year! After being cancelled in 2020, the 16th European Cup – Europe’s version of the legendary World Cup which is usually held every four years – is finally going ahead a year after the original dates, from 11 June to 11 July 2021.

The first match is scheduled for June 11 in the Stadio Olimpico in Roma, Italy, between Turkey and Italy, with subsequent matches being held in 13 countries across Europe. With some of the world’s best national teams competing, many matches are sure to be exciting to watch. There’s no clear front-runner at this stage, but France, Belgium, and Germany are all tipped as favourites.

One of the world’s biggest golfing events, the US Open, is scheduled for June 17 to 20. It will be held at the Torres Pine Golf Course in La Jolla, southern California. Organisers have announced that fans will be allowed to attend the event in person, though in limited numbers. Over 9000 golfers signed up for the qualifying events for the tournament – indicating that competition is set to be tougher than ever!

Cyclists are in for a treat, with the Tour de France due to run from 30 May to 6 June 2021. In this legendary multiple stage bicycle race, cyclists from all over the world compete to race around France. In 21 gruelling day-long stages across 23 days, the cyclists this year will cover the South of France, the Pyrenees, the Alps, and all the way to the North-West of the country to cross the finish line.

This year, millions of fans are sure to tune in to watch this event, which is always one of the most viewed sporting events globally. One of the biggest appeals of the race is that there is so much going on at the same time, with multiple competitions being fought between dozens of team across different stages at any given time.

Azerbaijan will host the next big car racing event when the Azerbeijan Grand Prix goes ahead from June 4 to 6. The 6km track in Baku City will host this international tournament, involving 51 laps of the track, a street circuit in the country’s capital city. Azerbaijan is a relative new comer to the international Grand Prix circuit, first hosting the event in 2017.

After the cancellation of the event last year, which was due to be held on March 23, 2020, Azerbaijan is encouraging visitors to travel for the event this year. So much so that the Azerbaijan government is offering simplified visa procedures to make it easier for tourists to attend.

Cricket fans will be waiting with bated breath to watch The Indian team play New Zealand in the ICC World Test Championship Final on June 18. The match, which will be held at The Rose Bowl in Southampton, will be the culmination of a competition that started in August 2019.

The inaugural edition of the contest has featured nine of the world’s twelve Test playing nations, including India, Australia, New Zealand, England, Pakistan and the West Indies. After being planned for over nine years, and nearly two years of exciting tests between some of the world’s best Test teams, the final is sure to be one to watch!

Probably the most famous tennis competition in the World, the All England Lawn Tennis and Croquet Club in Wimbledon in London, UK, has been the venue for an elite lawn tennis tournament for nearly 150 years. This year, it’s set to kick off on June 28, when singles champions Simona Halep and Novak Djokovic will be looking to defend their titles.

Running for two weeks, as always the tournament will feature men’s and ladies’ singles as well as double’s and junior competitions. Due to COVID concerns, organisers will allow spectators at a 25% capacity. Although it will be harder to watch in person, you’ll be able to watch the action on live streaming services.