Top 10 Buffalo Sabres of All Time

Top 10 Buffalo Sabres of All Time!

Andreychuk made his living in front of the net and on the power play, using his massive frame to create space and do the dirty work.

Martin scored 695 points in 681 games in Buffalo which is impressive. Drafted fifth overall in the 1971 draft, Rico played in Buffalo for 10 different seasons.

In six seasons with the Sabres, the Hall of Fame inductee only played 268 games for the blue and gold. But, boy, did he make his mark in those few games—registering 385 points. His best season came alongside Alexander Mogilny as he registered 148 points, the highest single-season mark by an American-born hockey player. For more hockey news click here!

Mogilny put up a monstrous season in 1992-93, recording an absolutely ridiculous 76 goals. Then, he teamed up with LaFontaine to give Buffalo maybe their greatest one-two punch in history.

Hasek accrued an insane amount of individual hardware in his time in Buffalo. That included six Vezina trophies, two Hart trophies, two William Jennings trophies and two Lester Pearson trophies. In addition, Hasek had the best years of his career in Buffalo, posting a 2.22 GAA and .926 SV per cent, both of which remain Sabre records.

In 1970 Perrault was the first draft pick in Sabres history, and over 50 years later, he is the greatest Sabre of them all. Perreault made nine All-Star Game appearances in addition to winning one Lady Byng Trophy and the Calder Trophy. 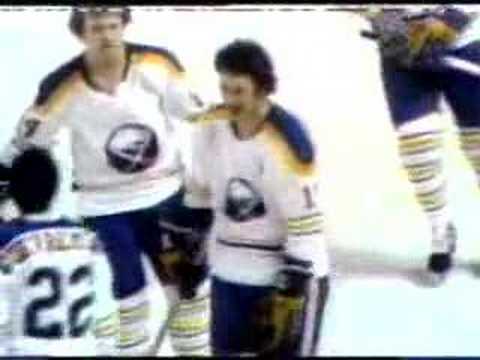 Previous article
« Mets’ Jacob DeGrom to make 2022 MLB debut next week
Next article
NFL: Saquon Barkley must excel this season if he wants to stay with Giants »

The 2010 Draft was loaded with Pro Bowlers and All-Pros. Talent wise ...