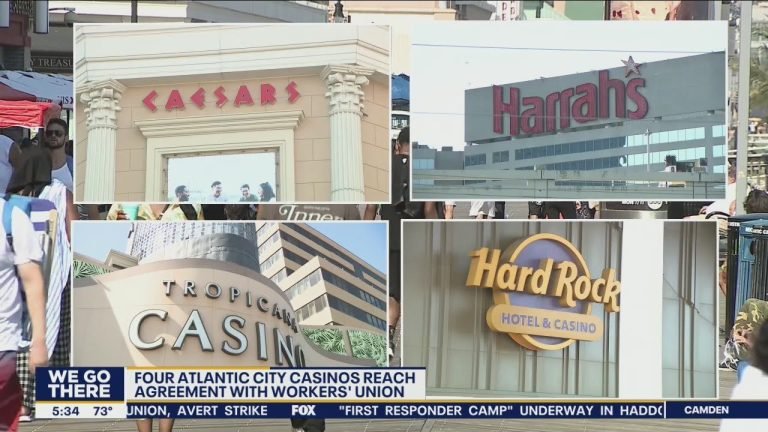 Four Atlantic City casinos have managed to avoid a strike by reaching tentative agreements with their workers’ union. Previously, casino workers threatened to hold a strike during the Fourth of July weekend. The strike might potentially incur a $2.6 million daily loss to the casinos. It would have also been the first casino strike in Atlantic City in almost six years.

Out of five casinos that received the notice, only Borgata, Caesars, Tropicana and Harrah’s made deals with the workers. Hard Rock is still facing a strike, although it is highly likely that the casino will make a deal with its workers soon.

Hospitality workers at these casinos demand a “significant” pay increase. They argued that the living expenses in the city have become out of control. The increase is necessary to maintain workers’ livelihoods.

In the past, the demands centered around pensions and healthcare. It caused a strike at the Trump Taj Mahal casino, which shut down in October 2016. Hard Rock International then bought and revamped it as Hard Rock Atlantic City.

As of the present case, workers argued that those casinos and their partners had earned $1.8 billion from January to May 2022, which shows a 49 percent increase in revenue compared to January to May 2019. This revenue not only comes from land-based casino activities but also from sports betting and internet gambling.

The casinos countered the argument by saying that 70 percent of revenue from sports betting and internet gambling went to third-party partners and that it would be more accurate to use revenue from in-person gambling as a parameter. Using this metric, the casinos only show 5 percent revenue growth.

Regardless, it appears that the tentative agreement stipulates that the workers will receive “big raises”, according to Ronnette Lark, a worker at Harrah’s. The union hasn’t revealed the terms of the agreement, although they have told their union members that all must study and ratify the terms before making them public.