Jones came out of college way too soon and his technical ability in the pocket was average at best. He was a great athlete but nowhere near an NFL quarterback.

The first two weeks have shown that Jones has worked to perfect his mechanics and it seems to be working. Now you still have an occasional bonehead pass into double coverage but Jones has shown that he has the ability to be an NFL quarterback and is at least, through two games, in the early conversation for league MVP.

2) Matt McGloin is an idiot

Who questions and calls out their head coach on national television? I will tell you who! Matt McGloin, that’s who! I hate to tell McGloin this but being in the XFL is kind of a last chance and instead of pouting like a baby he needs to grow up and show some maturity! What I saw was McGloin missing receivers all over the place and missing on what could have been touchdown passes. If the play-calling was so bad why were the guys he missed so open?

I am calling Head Coach Kevin Gilbride out here also. Did you hear the conversation between these two morons during the game? When I heard the quarterback and the head coach discuss what was going on and they were both throwing the Offensive Coordinator under the bus, I realized why back in the day Buddy Ryan punched Gilbride in the mouth on the sideline during a Houston Oilers game! If this is the leadership on the team I feel sorry for the fans of New York because they deserve much better than this. 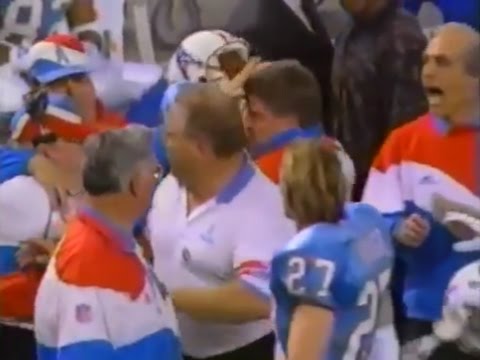 The Guardians’ offensive line is a sad collection of lineman who do not move their feet well and can’t pass block or run block. Even if McGloin was not a big whiny baby and he was a competent quarterback, I am betting he would have still looked bad behind this offensive line. The Guardians cannot run the ball and with a quarterback like McGloin, you better be able to do so.

4) The Defenders are really good

The addition of Anthony Johnson in a trade from Los Angeles made a significant difference on the Defenders defensive line and the defense overall was dominant and has been ever since halftime of week one. On offense they have Cardale jones, a solid running game, and play-makers, led by guys like Eli Rogers. The Defenders are a complete team and will be tough to beat in this league.

5) Seattle wins the battle of the fans so far

Seattle fans were loud and boisterous and after a bad first half by both teams, they were treated to an exciting second half which saved the day for the XFL after the blowout of game one.

6) Could we see what Quinton Flowers can do now

Two quarterback systems seldom work and I think it’s safe to say that since the Vipers have still not scored an offensive touchdown after two games that maybe they should give Flowers a chance to actually play. I am by no means saying that Flowers will fix the issues the Vipers have on offense, but constant changing of quarterbacks is stupid. This is the XFL, not Pee Wee league football.

Dragons QB Brandon Silvers found Keenan Reynolds on a wide-open 68-yard touchdown pass, but that was his only highlight. He finished the game 7-of-18 for 91 yards (68 of which came on one play) and an interception. The running game, led by Kenneth Farrow, was nothing outstanding either. A lot of that could be because of injuries to the Dragons’ offensive line. Overall Seattle had a great home opener and if they can get healthy upfront maybe they could surprise a few people this year.

Play of the Day

No doubt here! Marcell Frazier intercepting a pass near the goal line almost seemingly taking the ball out of the quarterback’s hand was an amazing play and gave Seattle the momentum that they needed to get the victory.

Player of the Day

Defenders QB Cardale Jones played well, finishing 23-of-37 for 276 yards and two touchdowns. He did make one bad mistake, throwing into coverage and getting picked off, but for the most part Jones was electrifying.

It’s gotta be New York QB Matt McGloin and I am pretty sure I do not have to explain why.

The Hit of the Day

Scooby Wright’s hit on Darius Victor was not only a big hit but it caused a fumble and change of possession.

Make sure you check out the best of the other decades at ...

15) Mark Clayton One half of “The Marks Brothers,” Clayton was one ...