What would you do?

Who will be the Dolphins starting quarterback in 2019? That is the million-dollar question that is floating out there these days and one nobody seems to have an answer to. There are a ton of names and rumors out there of guys the Dolphins are targeting but it seems like anytime a name is mentioned the Dolphins fan-base is up in arms with a general response of “Don’t want him, he sucks.” With the people i interact with through my DolphinsTalk.com Podcast or who interact with me and my 11K followers on twitter, it seems no name is good enough or will please the fan-base.

So, my question to the Dolphins fan-base is, who do you want as the Dolphins quarterback in 2019? Who will make you happy or at least less miserable?

Because Andrew Luck, Patrick Mahomes, Aaron Rodgers, or Russell Wilson is not going to fall in our lap. The Dolphins starting quarterback in 2019 is going to be a marginal to mediocre player at best. Or someone who has a lot of question marks around them that is totally unproven still. 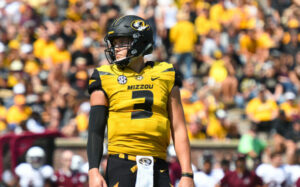 If you are looking at the draft the idea of Kyler Murray being an option for the Dolphins came and went in the blink of an eye as he seems totally out of reach for the Fins. Dwayne Haskins is an option but the odds of him falling to pick #13 is unlikely and not sure Miami is in a position to trade way up to grab a quarterback right now. Drew Lock is someone who many Dolphins fans are split on as to some he reminds them of Jay Cutler 2.0 and to those people they would rather poke their eyeballs out with an ice pick than have to watch Miami select Drew Lock in round one.

The other name out there is of course Josh Rosen. I mean if Arizona is going to take Murray then Rosen will be traded and why not Miami, right? Well the vast majority of the Dolphins Universe craps on that too. How Rosen stinks and he was horrible in Arizona last year so why would we want him. Again, no name is good enough. No name is even good enough to roll the dice on.

I know we live in an age where on social media and sports talk radio call in shows it’s fun to “pile on” and crap on something you don’t like. Negativity sells and everyone sucks, and nobody is any good. But what quarterback would make you happy if Miami went out and signed them? 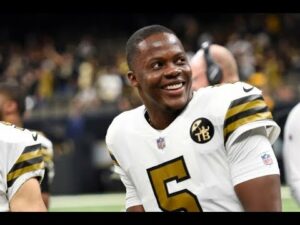 I think this Dolphins fan-base is so angry and so upset right now that any name that is floated out there as the next potential quarterback is just crapped on in a matter of seconds by the vast majority of the fan-base. Whether its Teddy Bridgewater, Blake Bortles, Ryan Fitzpatrick, Josh McCown, or dare I say Ryan Tannehill. They all suck, and Miami shouldn’t sign them. Well, maybe they do all suck, but Miami has to sign somebody and you the fans have to accept the fact whoever they sign isn’t going to be a pro bowl caliber player.

Because odds are one of those 6 names, I listed above will be under center for the Dolphins in 2019 (although if its Tannehill that is probably a total long-shot.) Again, none of those guys are lighting the world on fire so I think it’s time for some Dolphins fans to just accept the situation for what it is.

In a perfect world yes, Miami signs one of those guys I listed above and maybe, hopefully a quarterback Miami likes either in Round 1 or Round 2 falls in their lap and they have someone to develop with that quarterback and there is some hope of the young guy maybe turning into a player down the road. But that might not be the case. Miami might just go with the veteran quarterback they sign this offseason and make them the sacrificial lamb as the Dolphins plot and plan on drafting a quarterback in 2020.

Oh, and if you have this fear that any one of those names I listed above is “too good” and will cause Miami to win too many games in 2019 which in turn will prevent them from having a top 3 pick in the 2020 draft, you are totally fooling yourself. This Dolphins roster is bad right now. They have one quality offensive linemen, no true#1 WR and the other WR’s they have are small and under-sized. The tight end position is nothing to write home about and the running backs they have on the roster can’t pick up a blitz or pass block. Want to talk about defensive side of the ball? No depth at linebacker and the defensive line is thin to say the least.

So, whether its Bridgewater, Bortles, McCown or whoever that quarterback Miami decides on, just know on some level they are being set up to fail and they will have no chance to win 5 or 6 or 7 games. Even if any of those guys ball out like Marino circa 1984 the rest of the roster is so bad it will prevent this team from winning games. So, everyone needs to stop with that nonsense. No quarterback Miami brings in off the scrap heap is going to lead this team to even a handful of victories in 2019.

I would think in a few days we will see the Dolphins make a play and sign a quarterback. I know the fan-base won’t like whoever they sign but it will be very interesting to see what direction the franchise goes in and who they tap as their starter in 2019.

Previous article
« FSU Runs Past Top Seed Virginia, Into ACC Final
Next article
Gameday IQ: Discussing the current legislative status of Sports Gaming in Indiana as presented in Senate Bill 552, plus and much more »