Top 15 Oakland Raiders of All Time

The top 15 Raiders of All Time!

Another difficult list to compile as the Raiders have several of the all-time greats. As always, no active players will be included.

This one will spark some controversy because Casper had similar years to another Raider favorite not on this list, Todd Christensen. Both tight ends were the favorite target of their quarterback and both had shorter stints with the Raiders. I gave the edge to Casper because in terms of their eras, the numbers are comparable, but Casper also came up big in the playoffs, especially in Super Bowl 11 and the 1977 overtime classic against the Colts with the “Ghost to the Post”.

Casper was also named to five Pro Bowls and was a four-time First-Team All-Pro, which helped him get into the Hall of Fame in 2002.

Plunkett has to be on this list because of winning two Super Bowls and being MVP of Super Bowl 15. He would be higher but he didn’t have a long career in Oakland/Los Angeles, had a 75.7 quarterback rating as a Raider and threw more interceptions than touchdowns (81-80).

Hayes was one of the Raiders’ most steady defensive players from 1977-1986. He finished with 39 Interceptions and was a 5-time Pro Bowler and was an All-Pro in 1980 when he had the big 13 Interception year.

I wanted to get fellow corner Michael Haynes on this list, but most of his best years were with the Patriots.

“The Assassin” was a real force for the Raiders from 1971-1979 as he would lay the wood on any would-be receiver and cause real intimidation for opponents. The 3-time Pro Bowler finished with 30 interceptions during his time with the Raiders but it was his leadership and presence that moves him a little higher on this list.

Read our article on Tatum here to see why he was one of the best ever in Raiders history. 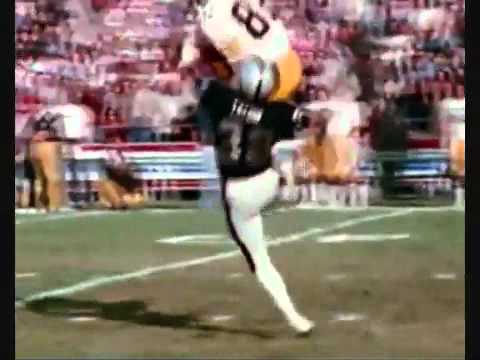 “The Stork” was one of the leaders of the Raiders from 1975-1983 as he helped the defense during their three Super Bowl wins.

At 6’8, he was able to be a force in pass protection and on the field goal blocking team. As one of the best defenders in Raiders history, he was named to two All-Pro teams and had four Pro Bowl appearances to go with his Hall of Fame induction in 1990.

He was a favorite target of both Ken Stabler and Daryle Lamonica and would usually be the guy to come up with a big reception on third down.

Biletnikoff was also a two-time All-Pro, six-time Pro Bowler, and got elected to the Hall of Fame in 1988.

Stabler was one of the most clutch quarterbacks in the history of the NFL when you look at his comebacks and big touchdowns in playoff games. If the Raiders could keep the game close, more often than not, Stabler would find a way to win the game.

He had a great season in 1976 when he led the Raiders to a 13-1 record and a win in Super Bowl 11 over the Vikings. Stabler finished as the all-time leading passer in Raiders history and was named to four Pro Bowls as well as an All-Pro and MVP season in 1974.

He’d probably be higher if he had a couple more great seasons in Oakland, but was rightly inducted into the Hall of Fame after his passing in 2015.

Who can forget Willie Brown’s pick-six in Super Bowl 11, in slow motion? It’s one of the iconic images in NFL history, but Willie Brown’s career was much more than that.

After coming to the Raiders in 1967, he racked up 39 interceptions and was the leader of the secondary for years to come.

Brown also doesn’t get the credit he deserves for pretty much-inventing bump and run coverage and helped players like Mike Haynes and Lester Hayes take the torch after him to also become great in coverage.

While many recognize Howie Long as a Fox Sports analyst, those that watched him play remember what a great player he was.

Long was very versatile, able to get a pass rush from nose tackle, defensive end or defensive tackle. He could essentially play all five positions when you consider he played on 4-3 and 3-4 defenses.

He finished second in Raiders history with 84 sacks, went to 8 Pro Bowls and was named to 2 All-Pro teams. Long was rightly inducted into the Hall of Fame in 2000.

Shell was considered enormous at 300 lbs throughout the 1970s and was one of the most dominant tackles in NFL history as he would be inducted into the Hall of Fame in 1989. He also went to the Pro Bowl 8 times and was a two-time All-Pro.

Cliff Branch is one of the most underrated receivers in the history of the league and should be in the Hall of Fame.

He was one of the best deep threats the game has ever seen and his world-class sprinting speed opened up the offense for players like Dave Casper, Todd Christensen, and Fred Biletnikoff.

His presence greatly helped the offense during all 3 Super Bowl seasons and his numbers exceed those of current Hall of Famers like Lynn Swann.

Branch was also a 3-time All-Pro and named to 4 Pro Bowls.

Jim Otto was one of the most consistent and toughest players in Raiders history. The long-time anchor of the offensive line at center would make the Pro Bowl 12 times, first-team All-Pro 10 times, and made the All-AFL team 10 straight seasons.

It’s too bad he retired in 1974 and wasn’t around for the Super Bowl win in 1976 because he was one of the reasons the Raiders became great. Otto got into the Hall of Fame in 1980.

For the first several years of his career, Tim Brown was the team’s dangerous punt returner, but by 1993, Brown was catching about 80 passes a year and opening up the passing game.

Brown was one of the most consistent receivers of the 1990s and 2000s and was inducted into the Hall of Fame in 2015, which went nicely with his 9 Pro Bowls. He is still the Raiders’ all-time leading receiver.

Like Art Shell, Upshaw started in the 1960s and played into the 1980s and was one of the two best guards during his career (John Hannah).

Upshaw was the leader of probably the finest offensive line in the history of the NFL and helped the Raiders to their first two Super Bowl wins before retiring. He held Vikings’ great Jim Marshall to ZERO statistics (tackles, etc) in Super Bowl 11.

He had five All-Pro selections as well as seven Pro Bowl appearances in his career and was elected to the Hall of Fame in 1987.

Marcus Allen was the epitome of consistency and was the heart and soul of the Raiders during the 1980s.

His best play is still the best play in Raiders’ history, the 74-yard field-reversal in Super Bowl 18 against the Redskins.

He could block, receive, rush and even pass, all at elite levels. Todd Christensen said he could throw better than their quarterbacks.

He finished 12th all-time in rushing and 3rd all-time in touchdowns, despite missing 5 years due to splitting time with other backs.

Allen finished his career with two All-Pro’s and five Pro Bowls and was inducted into the Hall of Fame in 2003. 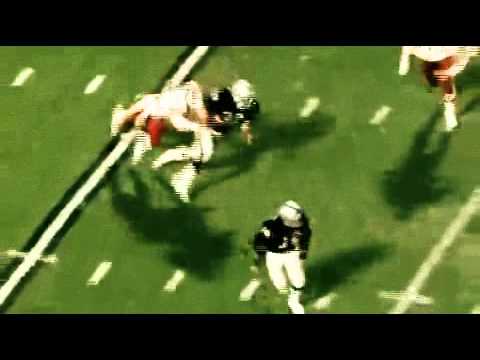 Players that would have made a Top 20 list – Ray Guy, Phil Villapiano, George Blanda, Todd Christensen, and Warren Wells.

Previous article
« What next for Trueshan after victory at Glorious Goodwood?
Next article
2021 CFL Season and Week 1 Predictions »