Power Ranking the Top 11 Quarterbacks in the NFC

Top 11 Quarterbacks in the NFC

1) Aaron Rodgers, Green Bay Packers- I put Rodgers over Ryan based on the body of his whole career. Rodgers also plays with next to no running game or defense. Having Rodgers on your team makes you almost a 10 win team no matter what else you put around him. 2) Matt Ryan, Atlanta Falcons- Ryan is gaining on Rodgers and another year like last year and he may catch him. Ryan has a ton of weapons and an ever improving defense. If the Falcons can overcome a Super Bowl hangover the sky will be the limit. Every Matt Ryan TD from his MVP Season | NFL

3) Drew Brees, New Orleans Saints- There have been nine seasons where a quarterback has thrown at least 5,000 yards. Brees is responsible for five of those seasons, and he is 178 yards shy of doing it two other times. If the Saints defense improves, Brees could make another Super Bowl run before his career ends. 4) Russell Wilson, Seattle Seahawks- Wilson continually improves every year, it’s just the team around him that is not as good as it once was. 5) Matthew Stafford, Detroit Lions- Stafford, without an injury to his hand last year, may have won an MVP and probably the NFC North. He doesn’t have a lot around him, but he makes the most out of what he does have. 6) Eli Manning, New York Giants- Manning had a bounce back season after a few rough years. The weapons they added in the offseason have things looking up big time for Eli and the Giants. 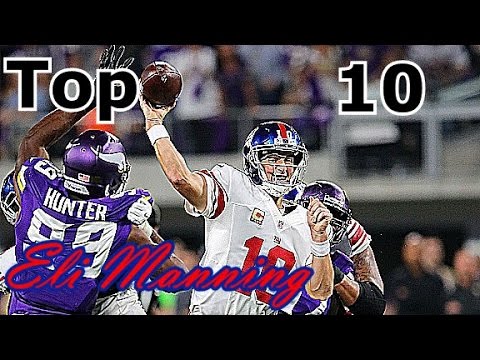 7) Dak Prescott, Dallas Cowboys- Prescott had a great rookie season, can he do it again in year two? I believe he can, I rate him this low because his body of work is not enough yet to get a good feel for where he stands. If his rookie year was any indication, he will be top five before this season is done. 8) Cam Newton, Carolina Panthers- I know I am crazy! Newton is a front runner and when things are going his way, he is amazing. But when things go badly, he falls apart. Maybe as he matures that problem will go away, until it does, this is where I will rank him. 9) Kirk Cousins, Washington Redskins- Cousins is a very good QB, my biggest question is does he want to be a Redskin or not? 10) Jameis Winston, Tampa Bay Buccaneers- Winston has been inconsistent, but with the weapons, the Bucs have added, I expect him to have a breakout season this year. 11) Sam Bradford, Minnesota Vikings- Bradford had a solid season and people give him to much crap for the season he had. Bradford played well considering his offensive line was horrible last season and even if he wanted to throw deep, he would have been limited to the short passing game because of the offensive line. 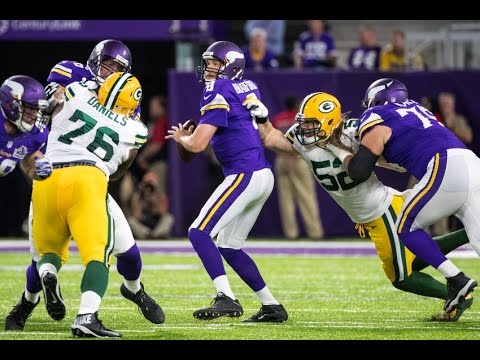 In the latest NFL Power Rankings, the New Orleans Saints drop a ...