The Top 10 Most Underrated Running Backs in NFL History

The 10 most underrated running backs in history

Most NFL fans can name off the finest running backs in NFL history and even compile a reasonable list of rankings on command. Nearly everyone agrees that the top seven are likely (not in any order) Jim Brown, Walter Payton, Barry Sanders, Eric Dickerson, O.J. Simpson, Emmitt Smith, and Gale Sayers, with Marshall Faulk and maybe a couple of others as possible nominees.

Unfortunately, a slew of great running backs doesn’t get the credit they deserve.

Here are the top ten most underrated running backs in NFL history:

Find the best site to bet on football right here!

Eric (yes, Eric) Metcalf was a unique player in that he could do several things very well. He was a good running back, was probably an even better receiver, but was also deadly on kick and punt returns. Before Eric Metcalf was a multi-dimensional player, his father Terry was tearing up defenses the same way in the 1970s.

One of the bright spots in the history of St. Louis (now Arizona) Cardinals history was the mid-70’s when they had back to back playoff appearances, including two division championships. Metcalf was right at the heart of the team, who rushed for close to 1,000 yards each year, caught close to 40-50 passes, and put the team in excellent field position on returns, which included three thrilling scores. 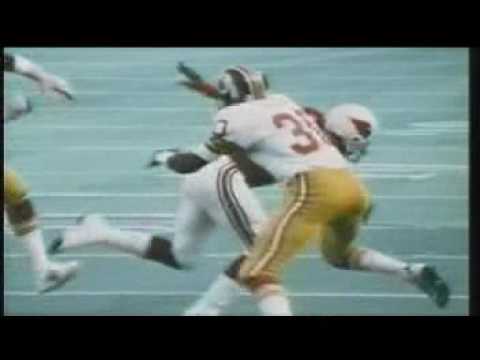 At 6’0 and 205 lbs, Andrews had the size and speed to be an every-down back. He was among the league leaders in rushing virtually every season of his career, but what set him apart was his ability not only to catch passes but to turn them into long gains.

While a devastating injury would shorten Andrews’ career, the highlight below captures his abilities to catch, run opponents over, and outrun defenses.

When he was drafted in 1983, Curt Warner was coming to a team that had never had a 1,000-yard rusher or an NFL playoff appearance.

Both streaks ended with Warner’s 1,449 (and 13 touchdowns) yard season and the Seahawks not just making the playoffs but getting to the AFC Championship Game in his rookie season.

If it weren’t for the injuries that cut his career short, Warner could have easily finished near the top of the NFL rushing and touchdown lists. Finishing with 56 touchdowns in his short career, as well as four 1,000 yard seasons (twice eclipsing 1,400 yards), Warner demonstrated his elite running ability and nose for the endzone each year he was healthy.

The San Diego Chargers drafted Brooks in 1981, and he found himself limited to kickoff returns and backing up starter Chuck Muncie in the famed “Air-Coryell” offense. There were glimpses of his skills as a running back, but he had limited carries.

After being traded to Cincinnati in 1984 and then given the full-time job in 1985, Brooks emerged as one of the league’s best. He consistently averaged over five yards per carry throughout most of the 1980s. At 5’10 and 180 lbs, Brooks played like a bruising fullback, looking for contact, but had the speed of a tailback. 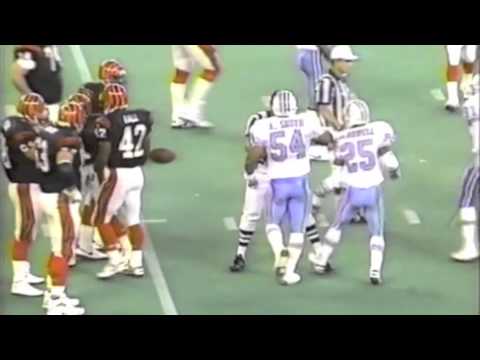 The Philadelphia Eagles had difficulty opening up their passing attack in the 1970s until they drafted Wilbert Montgomery. His blend of speed and power guided the Eagles to playoff appearances and one of their only two Super Bowl berths in Super Bowl XV in 1980.

Like Terry Metcalf and William Andrews, Montgomery could do many things well. He was a 3-time 1,000-yard rusher but also could return kicks and was fantastic out of the backfield in the passing game.

Though the injury bug would keep him from racking up Hall of Fame numbers, he is still the Eagles’ all-time leading rusher. 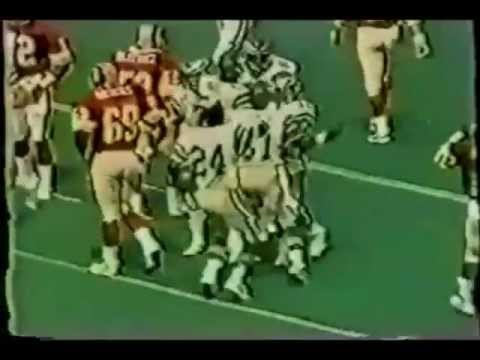 Standing at 6’3 and weighing 225 lbs, Chuck Muncie was a big back with giant strides who could pick up yardage in a hurry. While he played very well for the New Orleans Saints, once he was traded to San Diego, he was able to do much more.

He was fantastic in the red zone and was the perfect back for Coach Coryell’s scheme. In the “Air Coryell” offense, the game plan was to flood every area with a receiver and stretch the defense to its limits. This opened things up for Muncie, who did not always require a lead blocker because of his size. He could run up the middle, around the end, or drift out into the flat on a play-action pass. Unfortunately, personal problems shortened his career, but everyone who watched him remembers him as one of the very best.

Wendell Tyler had the burst to be a game-changing back, and he was just that for his ten year NFL career. After being drafted by the Rams in 1977, he took over for running backs Lawrence McCutcheon and Cullen Bryant, rushed for over 1,100 yards and became the key piece of the Rams offense, leading them to Super Bowl XIV.

Though injuries often slowed him, Tyler constantly battled back, playing through a bad knee injury and a broken hand.

San Francisco 49ers head coach Bill Walsh traded for him in 1983, and once paired with Roger Craig; the 49ers had an instant change in their ground attack.

Tyler rushed for a career-best 1,262 yards and scored seven touchdowns, and the revitalized 49ers ground attack helped them put up an incredible 15-1 record en route to their second Super Bowl championship.

Everyone knows when they see a special running back, and Billy Sims was that guy when he broke into the NFL in 1980.

Sims was an instant superstar, rushing for 1,303 yards, scoring 13 touchdowns, and earning NFL Rookie of the Year honors. Still, more importantly, his contributions to the offense helped Detroit improve from 2-14 the previous year to 9-s. The Lions had been absent from the postseason since 1970, but Sims was able to help lead them to the playoffs in both 1982 and 198In 1981, he built on that success, rushing for 1,437 yards and scoring another 13 touchdowns. 3. Unfortunately, in 1984, Sims blew out his knee and had to retire.

While most that watched him play remember Billy Sims as one of the best backs they ever saw, he doesn’t receive the notoriety among national writers that he deserves.

Few running backs have amassed over 10,000 yards in their career, and it’s not common knowledge that one of them is Cincinnati and New England running back Corey Dillon.

As one of the most productive backs in the last 25 years, he consistently threatened to rush for over 100 yards per game and forced the defense to game-plan for him. In 2000 against Denver, he set, at the time, the single-game rushing record, running for 278 yards on 22 carries, breaking Walter Payton’s 25-year-old record.

When he went to the Patriots in 2004, he not only rushed for a career-best 1,635 yards but was the rushing threat that New England needed to take the pressure off Tom Brady and push past the rest of the NFL en route to their third Super Bowl title in four seasons.

While Bo Jackson was undoubtedly not underrated when he played, he gets overlooked because of the length of his career.

Bo Jackson may have been the best pure running back the game has ever seen. He had the speed of an Olympic sprinter and the power of a Mack truck. He was a phenom from his very first carry to his last.

People remember that he played two sports and was fun to watch, but few realize just how good he was. Nobody could stop him. Nobody. When he got the ball, he could score from anywhere on the field and many times, he did. Unfortunately, he sustained a nasty hip injury in the 1990 AFC Divisional Playoff game against Cincinnati that ended what could have been a fantastic storybook career.

The question is, should he be in the Hall of Fame? The answer is yes. He is in the same “special player” category as Gale Sayers. Both players had very short careers, had to retire due to a gruesome injury, and when the critical question of “Can the story of the NFL be told without these players?” is asked, the answer is an emphatic “NO.”

Current players are not eligible to be on this list. Honorable mention ...

Get your Free Bet now!
Latest News
Qatar 2022 Fifa World Cup Quarter-Finals: Netherlands vs Argentina
We have a world class clash this Friday ...
Long-shot David Avanesyan fights Terence Crawford Dec.10
The odds are long - 14-1. His two ...
Teofimo & Warrington Can’t Afford To Look Past Saturdays Opponents
In the world of boxing, the next big ...
Our Latest YouTube Videos