The Biggest busts of all time!

Check out the best bookmakers for betting on the NFL Draft!

Gholston was a bad pick because he didn’t fit the Jets scheme, and in three years, he had zero sacks and only five tackles. 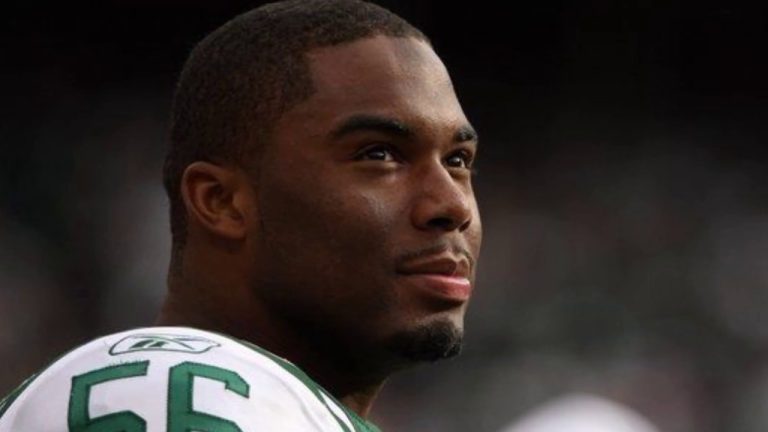 Check out the top sports betting bonuses for betting on the NFL!

Campbell never made a start for the Packers, appearing in only seven games during his four NFL seasons. He wasted no time showing Green Bay he wasn’t the answer with four INTs in 30 pass attempts as a rookie. The fantastic thing about this pick was the Packers had Lynn Dickey at the time, who was an outstanding quarterback and led the Packers to a playoff win in 1982. 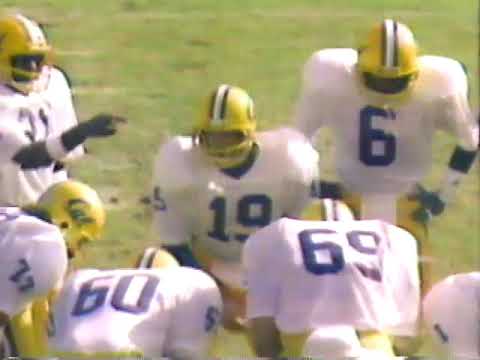 Manziel came out of college as somewhat of a folk hero, but many people questioned Manziel’s ability to be an NFL quarterback. That was not true for the Browns, who decided to risk their first-round pick on Manziel. That experiment didn’t even last two years. 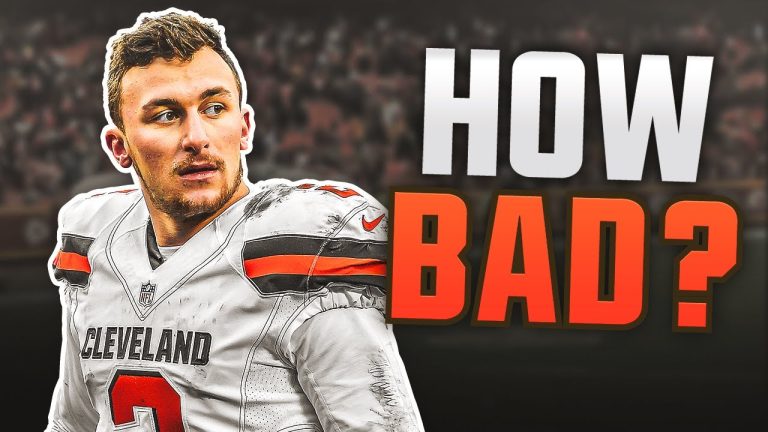 How BAD Was Johnny Manziel Actually?

Injuries derailed rogers rookie season. Then, in 2005, a violation of the NFL’s drug policy got him suspended. When the Lions dumped Rogers in 2006, nobody else wanted him. The former college star managed just 36 catches and four touchdowns during his three years in Detroit. Emtman was a beast in college and his rookie year was not bad, but injuries destroyed the rest of his career. Even when he was healthy, though, you could tell he would never be able to match what he did in college. 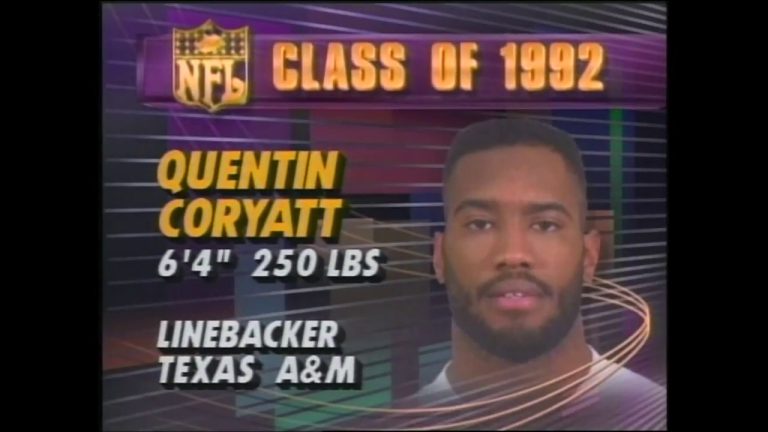 The Rams cut Phillips during the 1997 season in part because the number of days he had spent in jail (23) was more than the number of starts he had made for the team (20). Phillips had off-field issues in College, and the Rams ignored those issues because of Phillip’s talent, but that talent could not overcome the demons in his head. Phillips died in 2016, committing suicide while in jail. 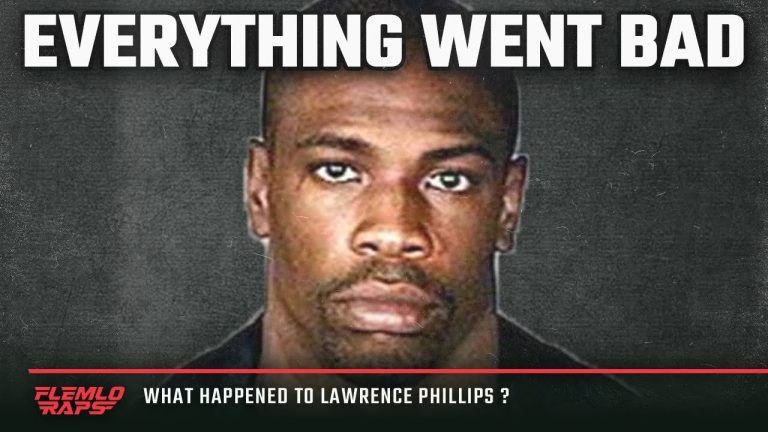 The NFL Was The LEAST Of His Problems! What Happened to Lawrence Phillips?

Barry Sanders (Detroit), Derrick Thomas (Kansas City) and Deion Sanders (Atlanta) — all became Hall of Famers. They were the following three players picked after the Packers picked Mandarich at number 2.  So when you factor in what they could have had against what they got, Mandarich goes very high on this list. Check out the best sports betting sites for betting on the NFL Draft! 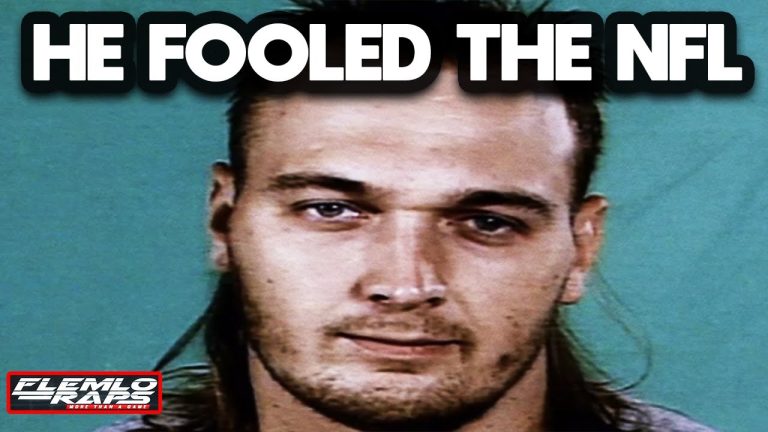 He Cheated His Way to the Greatest NFL Combine Performance Ever! What Happened to Tony Mandarich?

He was 6’6, 265 lbs and had a huge arm! He was lazy and didn’t put the work in to be a great quarterback. He started 15 games during the 2008 season and threw 13 TD passes and eight interceptions which were not bad. Bad came in 2009 when his lack of preparing his body and mind was apparent. Russell started nine games and threw three touchdown passes and eleven interceptions. He was gone shortly after that season. Russell had the talent, but he lacked the desire to be a great player. 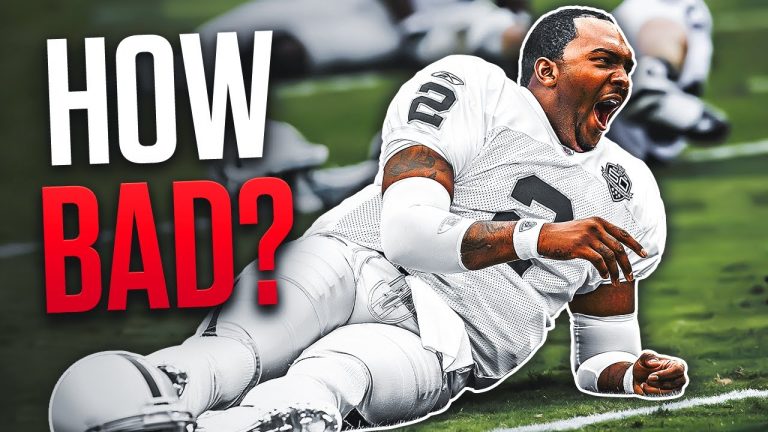 How BAD Was Jamarcus Russell Actually?

Check out the top sportsbook providers for betting on the NFL!

Ryan Leaf or Peyton Manning? That was a question that was seriously asked in the days leading up to the 1998 Draft.

Leaf and Russell had the same issue, laziness, as they took the money and ran. While poor off-field behavior and injuries contributed to Leaf’s NFL flame-out, his horrendous play — 13-33 TD-INT ratio, 48.8 rating and a record of 4-14 in 18 starts for the Chargers — would have been enough. San Diego dumped him as soon as the 2000 season ended. 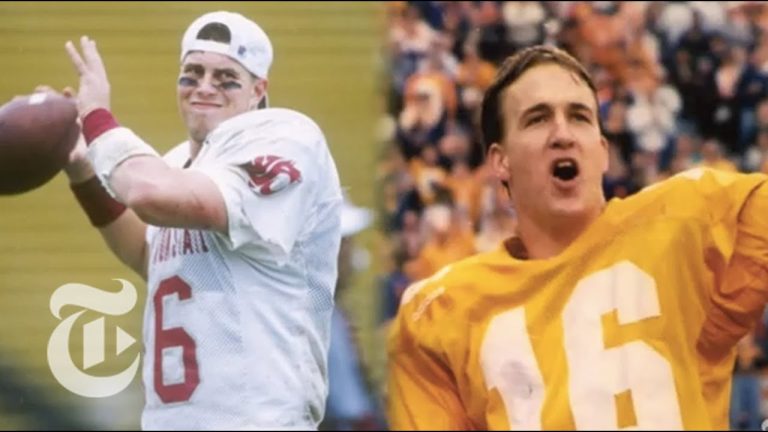 The 1998 NFL Draft: A Look Back at the Epic Ryan Leaf Bust | Retro Report | The New York Times

This pick is made even worse because the New Orleans Saints offered the Bengals their entire draft for the number three pick, and the Bengals turned them down. Smith only started one year in college, but that didn’t keep the Bengals from going all-in on drafting Akili Smith. Smith, in his career, through 5 more touchdown passes than I did! Of course, I never even played in the NFL. To make matters worse, Smith was a holdout because the Bengals front office was tight back then. To bad in retrospect that they didn’t hold their ground! Akili started just 17 games in four years — 3-14 record, 5-13 TD-INT ratio — with the Bengals, the only NFL team he played. The only NFL team stupid enough to want him. 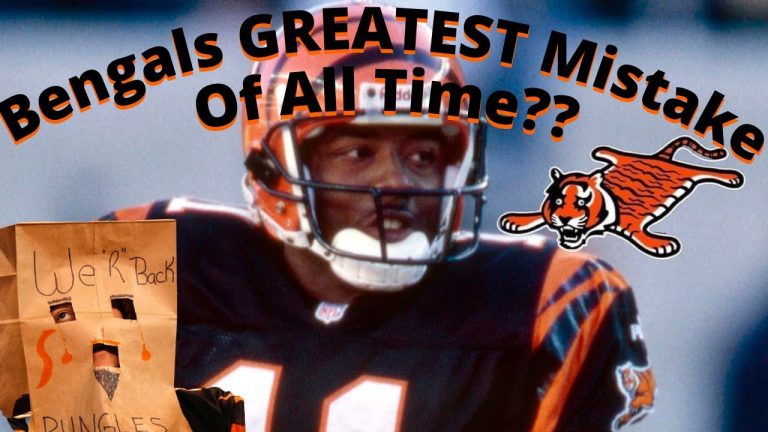 Akili Smith (Top 5 NFL QB Busts of All Time): Where did it all go wrong?