The Grueling Truth - Where Legends Speak / Standings for Each Team in their Division: Part 3 – AFC North

Standings for Each Team in their Division: Part 3 – AFC North

Continuing our series on each team’s divisional ranking, Part 3 takes a look at the AFC North.

The AFC North has some very strong teams with lots of talent that have failed to cut the mustard in the last few years. Each team has players that are individually good, even great, but all, save one, have work to do to make the entire unit operate like the well-oiled machines that they can be.

The Steelers have long been a contender for the playoffs annually. The Killer B’s, Big Ben, Antonio Brown and Le’Veon Bell, have been a force in the division and the league, and guarantee more of the same. Roethlisberger probably has a couple more good years in him, and the other two are both on pace to set more records. So the Steelers should easily be in playoff contention once again. 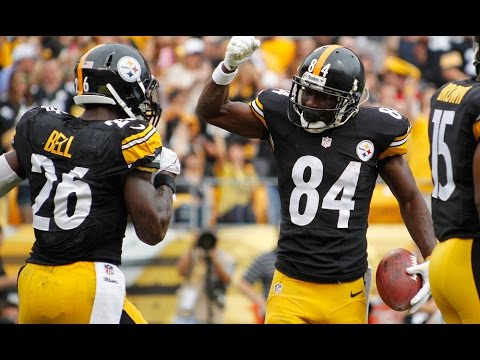 Baltimore has been hot and cold. The team is captained by the king of the playoffs, Joe Flacco, but Flacco sometimes struggles during regular season. He lost one of his biggest weapons when WR Steve Smith retired last year, as well as a solid fullback in the offseason, as Kyle Juszczyk signed a contract with the San Francisco 49ers. They have a couple of returning guys, namely TE Dennis Pitta, who can make a difference. But the team may need a lot of rookie help on the offense. Defense, as always, is solid and should remain so. That may be their saving grace, unless Flacco and head coach John Harbaugh can slap together a mini-miracle.

Cincinnati is a team that falls just short all too often. The talent is spread across the team, but they have pieces missing that can push them over the top. Head coach Marvin Lewis had success beginning in 2005, bringing the Bengals to their first division title in fifteen years. The team made five straight playoffs, but have failed to earn a post-season win. If the Bengals can get their offensive line back up to par after the loss of both LT Andrew Whitworth and RG Kevin Zeitler, Coach Lewis and Andy Dalton may be able to pull something out of the hat. Especially if AJ Green is back at full speed.

By the end of last season, the Browns only wanted one thing. A win. The poor guys struggled through the entire season, finally getting their one and only win in week 16. The Browns fans got their Christmas wish. The team made some huge offseason and draft moves, picking up first overall pick ED Myles Garrett, and S Jabrill Peppers, both highly sought-after out of this years defense-heavy draft class. They also stole RG Kevin Zeitler from Cincinnati, weakening their opponents just a bit. If the Browns get their crap together this year, they may actually make a respectable .250 season. Anything is better than 1-15. Almost anything. First Place – Without a doubt, the Pittsburgh Steelers will take this division again and make the playoffs for the fourth year in a row. Barring some enormous injury or a players strike, we should see the Black and Yellow back in the post-season with double-digit wins for the season.

Second Place – Baltimore and Cincinnati will slug this out but the Ravens will have the upper hand again this year. Next year may be a different story after the Bengals have a year together on the field. Until then, Flacco and Harbaugh win this fight.

Third Place – Cincinnati will easily land in third in this division. It’s highly unlikely that they’ll fall below the Browns. But unless they can coordinate a concerted effort this year to pull past the Ravens, they’ll see one more year looking up at the Wild Card position before we see them make a strong run for second place. Maybe even first, if the stars align.

Fourth Place – The Browns have some new players that may very well be immediate playmakers and impact their roster enough to bump them out of the NFL basement. Maybe not, but it’s looking good so far. They still have a huge QB question mark. However, their defense is automatically better by including the new draft pickups, and some upgrades on offense can only mean good things. They probably won’t have to wait until Christmas for their first win this year.

Previous article
« Ranking the Divisions in the NFL as of Right Now from 1-8
Next article
Inside Boxing Weekly: Canelo-Chavez Review With Ruben Castillo »

Get your Free Bet now!
Latest News
Patriots film review: Top rated defense disappoints against the Vikings
On paper, this was supposed to be an ...
NFL Power Rankings Week 13: Top 10
Remember, with power rankings; we are not going ...
The fight nobody wants: Tyson Fury fights Derek Chisora for a third time
It’s fair to ask why heavyweight champion Tyson ...
Our Latest YouTube Videos