The Grueling Truth - Where Legends Speak / Standings for Each Team in their Division: Part 2 – NFC West

Standings for Each Team in their Division: Part 2 – NFC West

Part 2 of our series in the divisional standings will take a look at the NFC West.

This division has recently promised one thing: disappointment. Just a few years ago, 3 of the 4 teams posted winning records. The Seahawks, Cardinals, and 49ers all came out with no less than 10 wins in 2013. But last year there was only one team anywhere close to being a playoff contender, meaning they could actually contend in the playoffs. They were already a shoe-in to win the division. The rest of the clubs are fighting just to stay respectable.

The Seattle Seahawks have been a strong contender since they picked up their franchise quarterback, Russel Wilson. They won their first-ever Superbowl championship in 2013. After a second straight NFC title and trip to Superbowl 49, the Seahawks solidified their status as an elite NFL team. They manage at least 10 wins per season with the help of their defensive secondary, the Legion of Boom. Regardless of their division, they have stellar players that should and do make the pro-bowl annually. It seems like a top franchise, even though they’ve had no luck in the post-season since their last trip to the Superbowl in 2014.

The biggest issue they had to address either in draft or free agency was their offensive line. The Hawks picked up a couple of players to add to that line in the draft. With the potential upgrades, their team is almost guaranteed to improve. If the rest of the division takes similar steps, the Seahawks are promised more competitive games and challenge to their top position. They’ll still be a force to deal with until the other teams can pick up enough offensive protection to counter the Seahawks’ secondary attack. 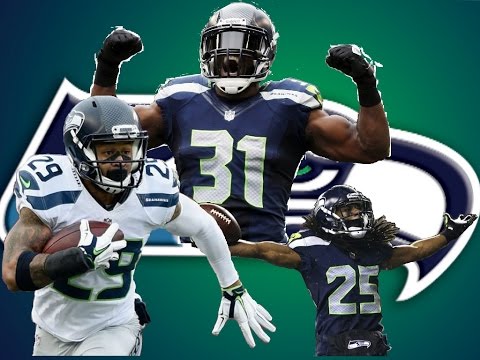 The Cardinals didn’t address a huge hole that was left on their defense by all-star defensive tackle Calais Campbell. Arizona spent their time and money to keep Chandler Jones on staff, so Campbell found another option in Jacksonville. They did add a couple of draft stars in Haason Reddick at linebacker and Budda Baker at safety. They also beefed up their offensive line and drafted running back T.J. Logan to help carry the load currently held up by David Johnson.

No telling what these new additions will do to improve the roster. But if they’re able to protect Carson Palmer more effectively and balance out the ball-carrying load, the Cardinals may be able to return to their 2015 season, when they led the division with a 13-3 record.

San Francisco was abysmal in 2016. They finished 2-14, good enough for the basement in the division and second-worst in the league. They have a new head coach, Kyle Shanahan, who revamped the Atlanta Falcons’ offense to make them NFC champions. With new GM John Lynch teaming up with Shanahan, the two have made a lot of off-season moves. Adding elite players to their roster like fullback Kyle Juszczyk and wide receiver Pierre Garcon is a step in the right direction. They also added a couple of quarterbacks to take over for Blaine Gabbert and Colin Kaepernick.

With all of the problems that San Francisco had last season, it seems impossible that they can’t improve. They may even be able to challenge for second place in the division if all of the stars align and they choose the right man at the helm. Between Matt Barkley and Brian Hoyer, they still have some work to do. Third place in the division last year, the Rams are still rebuilding. They took the first overall pick in 2016 to add quarterback Jared Goff to the team. He did not pan out as they had hoped. The team spiraled down behind Case Keenum, who’s a second-string backup at best. The Rams signed offensive lineman Andrew Whitworth from the Cincinnati Bengals, a huge upgrade player to their offensive line. Signing wide receiver Robert Woods will hopefully take some load off of their running game, which consists of Todd Gurley.

Hopefully drafting fullback Sam Rogers will help as well. Tavon Austin is returning after wrist surgery. That has to improve the Rams’ chances. They seem to have a lot of the pieces, but they need to put them together to be able to make a name for themselves.

First Place – The offseason doesn’t indicate a whole lot of positional changes for the NFC West. Seattle will still end up atop the division until the rest of the teams can get through rebuilding and start trending upward.

Second Place – This is going to be a tough battle, as all three remaining teams have added depth and talent. San Francisco has added both and are fighting to crawl out of the basement. With a coach the likes of Kyle Shanahan, they’ll probably be able to beat out the other two clubs to take second.

Third Place – Arizona is a relatively complete team that’s added a few pieces, but most of them have played together long enough to know the ins and outs. You can never count Bruce Arians out. Since the Rams are still not going to be at full speed and they’re working under a new head coach, another year is needed before they gel and pull themselves up by their bootstraps. This year, the Cardinals are fighting for respect and may even challenge for second place.

Fourth Place – The Rams. Bottom line, they have a lot of work to do and they’ll need this year and possibly next to figure out their strategies and get used to working together. With some very strong offensive weapons, they’ll have the ability to make plays. They still need time for their young quarterback to figure himself out and settle into believing he’s an NFL quarterback.