The Grueling Truth - Where Legends Speak / Should Tony Dungy be canceled for wanting babies to live? How can we live in a world where this is possible?

Should Tony Dungy be canceled for wanting babies to live? How can we live in a world where this is possible?

Tony Dungy will soon learn one of the most apparent revelations from the past few decades. The far-left progressive ideology actively opposes freedom of speech.

This is one of many lessons you can learn from Dave Zirin’s deranged, hyperbolic piece on Dungy at The Nation. But then again Zirin has made his career off trying to stop free speech,

Zirin bolsters his progressive bonafides by calling the March for Life movement a madhouse of “disinformation addicts” in the first paragraph.

“I have covered the March for Life in Washington, D.C., for many years. It’s a madhouse full of right-wing gadflies and disinformation addicts, Qanon adherents and, most disturbingly of all, classes after classes of teenagers and tweens who are dragged there in ways that would make Ron DeSantis smile,” Zirin wrote.

The March for Life is not like that. It’s an organization of people who have strong objections to unchecked abortion. Their website explains their goal is “a world where beauty and dignity are valued and protected.” We now live in a world where a man is attacked for not wanting babies to be killed in the womb. Actually, is it not crazier to think somebody should be allowed to kill a baby in the womb because the said baby could be an inconvenience? As an American, isn’t it also sad that you can get attacked for your beliefs? Let’s face it being a Christian in America is now somehow being demonized.

Zirin’s disinformation commitment is not outweighed by his inability to sense irony.

His inaccurate remarks about the March for Life were mostly used to criticize Tony Dungy for being there.

Zirin made wild accusations and then advocated for Dungy’s firing for holding the wrong political beliefs.

He said, “This is a shocking indictment of politics the NFL allows and the type they condemn.” 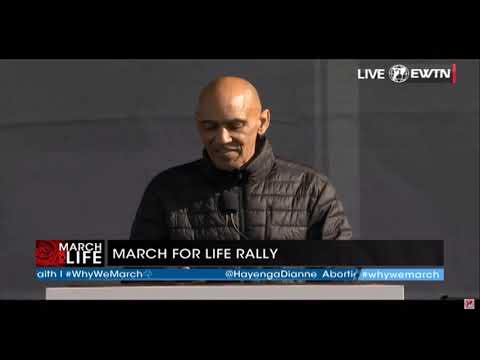 Tony Dungy is a Fascist?

Zirin went on to say that Zirin’s silence and that of NBC were essentially unacceptable.

This article is filled with such absurd ravings. Zirin, however makes several ridiculous, unjustifiable claims in this paragraph.

He calls the Supreme Court “fascistic and discredited”,; an extreme position that is not tied to reality.

Does this writer have any idea what fascism is? I looked it up in Webster’s dictionary and found this as the meaning.  The meaning FASCISM is a political philosophy, movement, or regime (such as that of the Fascisti) that exalts nation and often race above. So how can Tony Dungy be a fascist? Actually, abortion is proven to kill mainly poor people’s kids and, at a disproportionate rate, minority African American kids.

The Supreme Court’s decision means democracy and the U.S. government working precisely as intended. Congress creates laws; the executive enforces them. It is the judiciary that decides whether they are constitutionally consistent. Remember, during Roe v Wade, nine white men allowed abortions; it was overturned by a much more diverse supreme court.

However, Zirin disagrees that the Supreme Court gave an interpretation, so it is now a discredited fascist branch of government. Zirin is a freaking writer, not a constitutional lawyer.

Only decisions that align with Zirin’s ideological views should be allowed or tolerated, except that this is Zirin’s standard. This is very close to the true definition of fascism.

He is unable to see the irony in his words. But then again, most liberals are fighting the fact that there are only two genders.

Anti-Free Speech as the left always is

This boils down to Zirin’s unhinged hatred of those who disagree with his views. Dungy expresses views that he finds objectionable. This is an inexplicable crime against the anti-free speech, authoritarian right.

He also made a nonsensical, progressive argument about the NFL’s black athletes.

Pro-life and anti-race baiting is incompatible with the current liberal consensus and should be avoided. Zirin is against such views, and they should not be permitted.

He believes that he is justified in trying and getting Dungy fired.

Zirin, of course, claims that Colin Kaepernick was a “pariah” because he spoke his mind about politics. Kaepernick earned millions from Nike every year, and that was because he told liberals they were right to hate America.

This is the modern left, freedom of speech for me and not for you.

Accept what you see and be cancelled. Tony Dungy is refusing to conform. Zirin and other “left-wing zealots,” as well as “disinformation addicts,” want him to be cancelled.

Christianity is only allowed in life-and-death situations

It was amazing to see during the Damar Hamlin tragedy that everybody’s first reaction was to kneel and pray, and I mean everybody. Prayer is usually frowned upon, especially by the left, who always make fun of praying as if it means nothing. For a week, prayer was fantastic if you were praying for Damar; now we are back to the world that says if you agree with God’s word, you should be cancelled.

We learned through this that if it helps the NFL get ratings, you can pray, but if you are Tony Dungy, you will be cancelled if you try to speak on the sanctity of life.

Dave Zirin, do a search of his name on google, and you will find out he’s not a reporter; he is a left-wing liberal nut job that spends most of his time trying to get people cancelled who disagree with him. Almost everything you find when googling him is him protesting something that’s going on.

I can tell you this I believe abortion is sickening, but I don’t think if somebody disagrees with me, they should be fired. In the end, remember, we now live in a world that wants to cancel a sports announcer because he is against murdering babies in the womb when you consider that maybe we all need to pray more than we did for Damar because we are all in trouble.