Pythagorean Expectation and the 2016 CFL season (May Edition)

Pythagorean Expectation and the 2016 CFL season 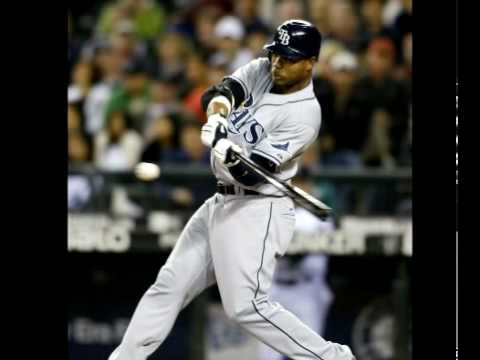 PE is often accurate, but sometimes, as in the case of the 2016 Hamilton Tiger-Cats, PE is not on target. I decided to dig in further to see if I could find out why teams miss expectations. It went in quite a different direction than I expected, but it was a fun piece to research.

I gathered five years’ worth of data from CFLstats.ca, including wins, points for, points against, yards for, yards against, turnovers for, and turnovers against (which includes fumbles, interceptions, and loss of downs, anything where the a team gave the ball up unwillingly is being noted here). I then calculated the differences of each, and then ran a series of correlations (that is, I wanted to see how much point differential, yardage differential, and turnover differential correlated with wins).

Let’s go through the 2016 CFL season team by team and see why they met (or didn’t meet) their Pythagorean Expectation.

Winnipeg Blue Bombers
Exceeding their Expectation by about a win, winning 11 games, and having the largest turnover differential in the past 5 years by a long shot make things seem like all is right in Bomberland.

However, Winnipeg’s massive turnover differential of plus-32 screams outlier to me, especially when the next highest was at 19. That’s not likely to repeat itself, and the -850 yard differential would normally put a team anywhere from 3 to 7 wins. 20 teams over the past five years had a negative yardage differential, only 4 had winning records, and among those, only one other, the 2013 Toronto Argonauts, had a positive PE (meaning the other two had fewer than 9 wins expected, but exceeded their PE).

Based on what I’m seeing, if the turnovers regress to the mean as is statistically likely, the Bombers could be poised to plummet in the standings.

Edmonton Eskimos
Even with all the transition after the Grey Cup win and the personnel attrition that comes with it, the Eskimos barely missed their PE, had a plus 727 yardage difference, and a -5 turnover differential. The turnover differential appears to be tugging down the yardage’s effect on points slightly, so there were really no big surprises here.

Saskatchewan Roughriders
This version of the Riders exceeded their expectation by over half a win, but that’s about as positive as it gets. Yes, they jumped from 3 wins to 5, however, they went from being massively unlucky based off their expectation in 2015 to being slightly lucky this year. Their PE actually fell from 2015 to 2016 by a win and a half, the team had nearly a 50-point fall in point differential, and also suffered a fall in yardage differential and turnover differential. This is a bad team, and despite the real win increase, everything else is trending the wrong way.

Ottawa Redblacks
Despite the Grey Cup victory, this was an average team (points-wise, anyway) in 2016. They were actually one of the best in the league with yardage differential with 851, but a negative 12 turnover differential really hurt them. The 2016 team had the highest positive yardage differential for a team that finished under .500, with the next best at 338. I had been looking closely at only their point differential before (which is about middle of the road), but I may have underrated them over the past few years based off their yardage differentials.

Hamilton Tiger-Cats
The Ti-Cats under performed their PE last year by over 2 wins, having an PE over 9 and a true win total of 7. Their PE was about as close as it can get, in my mind, because they had a slightly positive yardage differential and a plus four turnover differential. If they put up the same numbers this year, I’d expect a 9-9 season.

Montreal Alouettes
The Alouettes fell short of their PE by over a game. Turnovers were nearly even, but the yardage differential was -1077, one of the worst over the past five years. It’s a pretty open-and-shut case here.

Toronto Argonauts
Believe it or not, the Argos exceeded their PE, but a -916 yardage differential and a -13 turnover differential tell the tale here.

Coming soon: Predictions for the 2017 CFL season based on these mathematical discoveries and adjust for what has transpired this offseason.

On Monday morning, the Hamilton Tiger-Cats of the Canadian Football League announced ...

Get your Free Bet now!
Latest News
Kevin Durant: To Trade or not to trade?
Durant trade? There are conflicting reports regarding Kevin ...
Betting the Packers Win Total Over/Under for 2022: How You Should bet it?
Take the Packers over/under win total? If you ...
When will Pacioretty be back?
Max Pacioretty, New Canaan, Connecticut, will not be ...
What are the keys for a second year leap by Trevor Lawrence
Trevor Lawrence’s rookie season was not a success. ...
The Hypocrisy of Major League Baseball, Gambling, Steroids, and Why it’...
If you have ever read my previous articles ...
Sports Betting Deposit Methods
Best Sports Odds
Betting Tips
Betting Tip: Cleveland Guardians vs Detroit Tigers
Tip:
Total Hits
Odd:
1.86
Current Bonus:
Bet $1, Get $200