The Grueling Truth - Where Legends Speak / NFL / Three Up, Three Down in Patriots 37-16 Win Over Bills

Three Up, Three Down in Patriots 37-16 Win Over Bills

Patriots take down the Bills

Brady’s final numbers, 21/28 for 224 yards, two touchdowns and a pick (returned for a touchdown) do not speak to the uneasy performance by the all-time great.

He was uncharacteristically inaccurate, missing multiple open wideouts early in the game, and often checking it down instead of going through his progressions. He now has a five game stretch where he has thrown at least one interception, six total. And the one he threw Sunday afternoon was as bad as they get.

What should make Patriots fans worry is the fact that the Bills got zero pressure on Brady. Usually, whenever you see Brady struggle as badly as he did in the first half Sunday, he feels the pressure from the defense and has taken multiple hits. He did not take one hit during the first half of the Bills game, forcing McDaniels to lean on the run in the second half, keeping the ball on the ground 24 times as opposed to 11 pass plays.

Flowers picked up his first 2.5 sacks of his career, and showed flashes of being able to generate pressure on passing downs.

If the Patriots can get spurt contributions from Flowers and edge defender Deatrich Wise, along with the consistent pressure from Trey Flowers, it could significantly help their pass defense.

Two catches, on five targets, for 19 yards is not going to cut it most days for the Patriots down the stretch and in the playoffs. I’m a huge fan of Cooks and his ability, but his recent stretch of mediocre to subpar games is concering.

Good teams with smart coaching will learn to shift their attention to Gronk, and when that happens, Cooks has to capitalize.

Speaking of Gronk, this season has confirmed that he is the NFL’s most unguardable weapon, when healthy. Especially when he’s making plays like these: 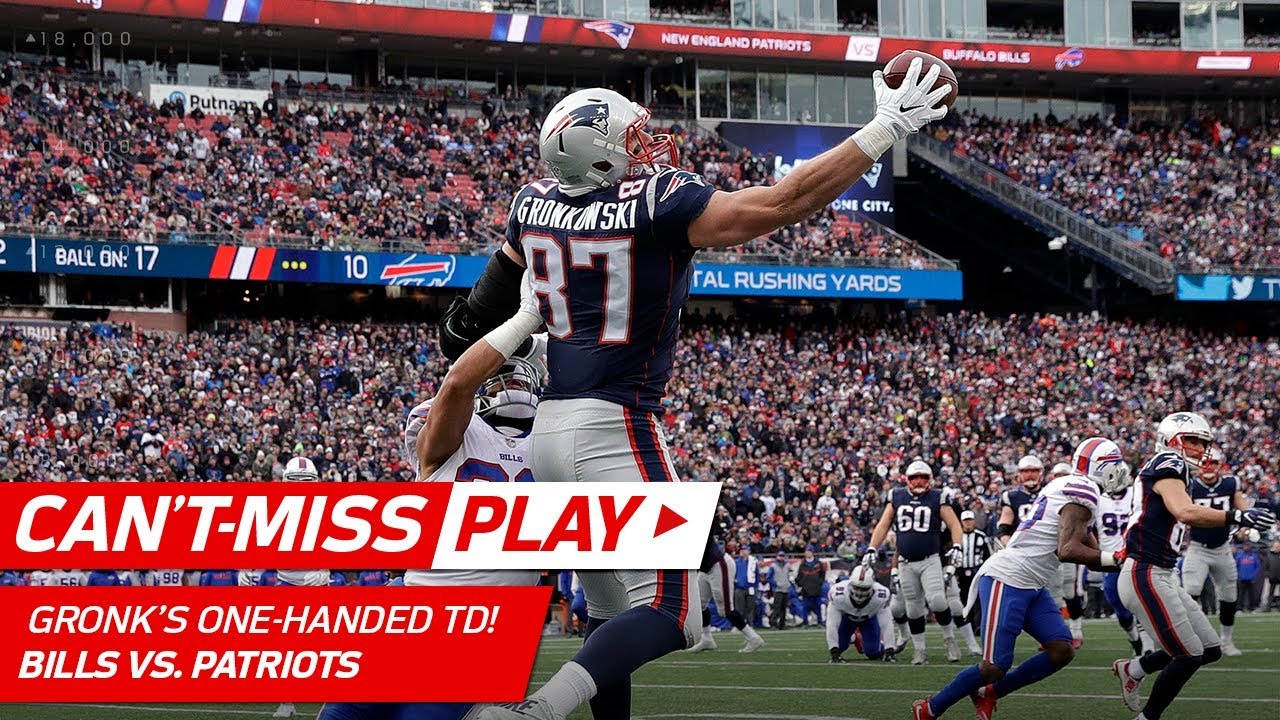 He has been on an absolute tear recently, and it is truly a joy to watch him finally be healthy for an extended period of time. The Patriots will need him down the stretch, so cross your fingers.

I will give Stephon Gilmore some slack, as some of the catches Bills wideout Kelvin Benjamin made while Gilmore was in coverage were jaw-dropping. Benjamin’s size gave Gilmore fits, but Gilmore was brought in here to be able to handle number one wideouts, and a hobbled Benjamin completely undressed him.

Malcolm Butler followed up his impressive performance in Pittsburgh with an atrocious game. Covering Deonte Thompson for the majority of the game, he allowed four catches on five targets for 91 yards. Butler should not be getting beat by a guy like Thompson, and his subpar season continues.

When Dion Lewis is on his game, the Patriots offense takes on a whole new level. 29 total offensive touches for Lewis, for 153 yards and two touchdowns for the Patriots best all-around back.

They have started to feed him the ball more over the past month, as they head towards the playoffs, Lewis seems to be fully prepared for the occasion.