Dwayne Haskins, is he a franchise QB?

Dwayne Haskins flashes the ability to be an NFL quarterback, but he needs to become more consistent. What you get from Haskins is a sometimes NFL quality starter. In 2018, he completed 70 percent of his passes for 4,831 yards with 50 touchdowns and 8 interceptions. He struggled at times as a pocket passer against teams like Penn State but dominated Michigan’s tough defense. The difference between the Penn State and the Michigan game was that Michigan mainly played man coverage and didn’t really throw many different looks at him, while Penn State threw a lot of zones at him and that seemed to confuse Haskins. 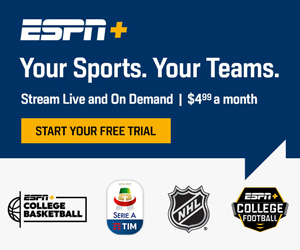 Another concern with Haskins is that outside of 4 games where he saw spot action this past year it’s the only year he was a starting Quarterback. The struggle against zone defenses kind of brought back memories of Oregon’s one year wonder Akili Smith.

Haskins has a strong arm with the potential to be a pocket passer who hurts defenses. He has talent, but there are stretches during which everything is just a little bit off with him. His decision-making is not consistent, and he makes some bad plays in terms of ball security. Haskins’ field vision needs to improve and he has to get faster at working through his progressions. His footwork also needs improvement, and his ball placement can be off.

Another reason everything doesn’t click for Haskins is because his feet do not move in coordination with his eyes, as his eyes have a tendency to get ahead of his feet. He is a physical specimen with a canon but if I am drafting in the first round I would have great concerns on how quickly or even if he can develop into a franchise Quarterback.

In the end, if you are looking for a sure-fire franchise Quarterback and want to pick one at the top of this draft, I would say stay clear of Haskins, as he will need a ton of work and great coaching privately with the team that chooses to try and develop him into a top-flight starter. I think he is more of a second or third round project than a first-round stud.

Join Mike Goodpaster, Steve Risley, and Dan Kornhauser as they pick all ...

The Tragic Story of Chuck Hughes: The Only Player to Die in an NFL Game

The NFL has always been a gladiatorial sport where violence and aggression ...

1) The Cincinnati Bearcats can play with anybody Cincinnati went to a ...

Barstool Bonus
up to $10
T&Cs apply
8/10
Follow on Twitter
Tweets by Gruelingtruth
Find out what the legends have to say about sports this week....