Ranking the top five offensive tackles in the 2021 NFL Draft

Darrisaw is an almost effortless blocker very smooth athlete who uses angles as well as any tackle in this draft. He’s an angles guy with off-the-chart feet, not a mauler, in the running game. My issue here is he is not mean or very aggressive and that is a big concern.

Darrisaw dominates with athleticism and there is nothing wrong with that, but the mean streak is missing. If he ever develops that streak, he will become the best tackle in this draft. My guess is he won’t. Darrisaw is the best pass-blocking tackle in this draft, but that was in college and this is not college. In the end, though it’s hard to develop a mean streak and I think whoever picks him will be disappointed, he takes plays off and gets lazy, great talent, huge risk. 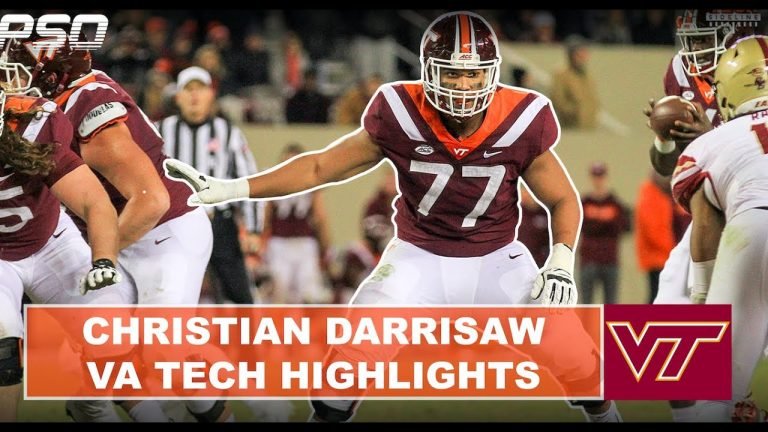 Leatherwood could start for most teams right away at guard and with good coaching can play either tackle. He’s at his best in the run game, where he’s excellent on the move on outside-zone runs, and he shows a great feel for passing off and climbing to the second level. He also has the power to generate push at the line of scrimmage. He has the nimble feet teams look for in a left tackle.

Leatherwood was somewhat inconsistent at tackle for Alabama, but on his best days, he was dominant. You expect that from someone transitioning to tackle from guard. At times he looked segmented in his movements. If a team will just let him get reps at tackle, I think this takes care of itself in the end, but it will take a patient team to do that. To me, Sewell’s most impressive asset is what he gives you outside the hashes. His blocking radius and influence to the perimeter on play-side runs or this kind of action are phenomenal. There are issues with Sewell, especially with hand placement and getting beat to the inside or his right. He has a tendency to sit too much of his weight on his back foot which makes it hard for him to defend quick guys who are trying to go to the inside of him. This is all fairly fixable with the right coaching, and he will be a Pro Bowl tackle in the NFL for years. Sewell is the best run blocker in this draft! 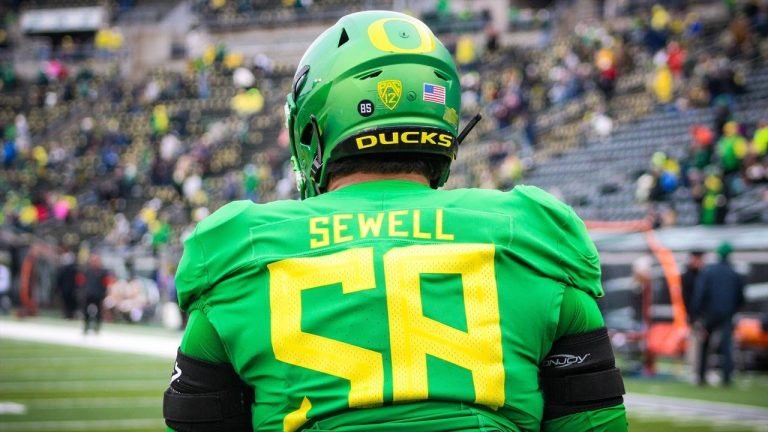 Slater may be the best athlete on the offensive line in this draft. Overall, I think he is better than Sewell but when ranking just offensive tackles I think Sewell has a slight advantage, but that will change over the next two years. Slater needs to get stronger and his length to play tackle concerns me. Whoever he goes to gets a great player and he can play any position on the offensive line, which makes him even more valuable. Vera-Tucker has the best balance and body control of any tackle on the board. His hand placement is better than Sewell’s but he does have issues with quick edge rushers as he sometimes will get too wide in his placement and attack the shoulder.

Vera-Tucker’s ability to get to the second level is outstanding. He’s just as strong to his inside as he is to his outside. Great lateral movement and he has been well coached at USC. His intelligence separates him from the others and that makes it so he could play any position on the line.