Power Ranking the Top 10 Running Backs for the 2017 Season

1). Le’Veon Bell, Pittsburgh Steelers- Bell can do it all and he does it all by staying patient. Great vision and burst makes Bell number one on this list.

2). David Johnson, Arizona Cardinals- Johnson is as complete a running back as you will ever find. Really I think it is more of a tie for the number one spot between Bell and Johnson, but I give the edge to Bell, for now. 3). Ezekiel Elliott, Dallas Cowboys- Can Elliott repeat last season’s monster effort? I think there is no doubt that he can. 4). LeSean McCoy, Buffalo Bills- McCoy is an elite talent and if the Bills could put more offensive weapons around him the sky could be the limit for McCoy. 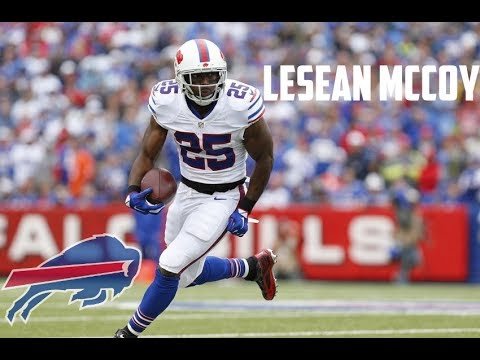 5). DeMarco Murray, Tennessee Titans- Murray had a monster season last year and with the Titans great offensive line, look for more of the same from Murray in 2017. 6). Melvin Gordon, Los Angeles Chargers- Gordon bounced back from a so-so rookie season and last year established himself as an NFL running back. I look for him to put himself in the conversation as an elite RB after this season. 7). Jay Ajayi, Miami Dolphins- Ajayi was a driving force behind the Dolphins surprise playoff run last year, and he will be a big reason why they will once again contend for the playoffs this year. 8). Leonard Fournette, Jacksonville Jaguars- I know he is a rookie, but to me, he is a special rookie. He will take a ton of pressure off of Bortles this season and the Jags may just surprise some people. 9). Jordan Howard, Chicago Bears- Howard has come out of nowhere(Indiana Football) to be one of the few bright spots for the Bears and I look for that to be the case again this year.

10). Marshawn Lynch, Oakland Raiders- Lynch has not played an NFL game in almost two years, but I am ranking him here because I think he can still play. If he can the Raiders could pose a threat to the Patriots. Previous article
« 7 Things We Learned from Jeff Horn’s Controversial Win over Manny Pacquiao
Next article
Out of Left Field:Bigger Than Baseball: MLB Umpire John Tumpane Makes News For All the Right Reasons »

This week’s NFL Power Rankings feature a new team in the top ...