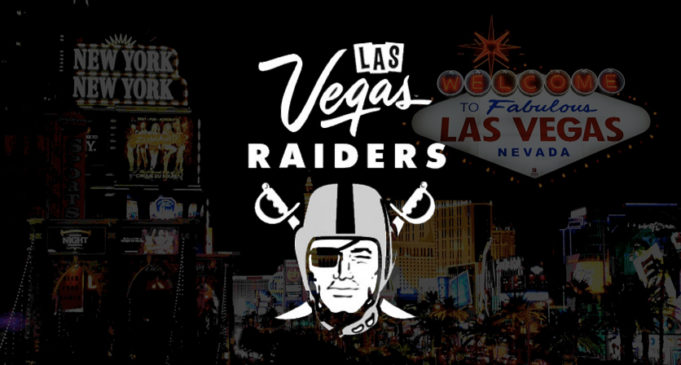 The request for the Raiders to move to Las Vegas was approved in an overwhelming 31-1 vote by the NFL owners today. The only team interested in the Raiders remaining in Oakland was the Miami Dolphins. The move is a victory for owner Mark Davis, who has been making a play to move the team to South Carolina, then to Texas and when neither was a viable option, Las Vegas.

The fans remain divided, with resident fans being staunchly opposed to the move, and non-resident fans seemingly split about the move. Even amidst all of the division within Raider Nation, just about everyone recognizes the significance of the change, leaving decades of history behind in the Black Hole. The stadium had hosted the Raiders for all but the 1982-1994 seasons when they were in Los Angeles. Even though they won a super bowl while in LA, the marketplace could no longer sustain two teams, at which point both the Raiders and the Rams relocated. The return to Oakland marked a large shift in the Raiders’ significance in the NFL, returning to their original stomping grounds and renewing their fanbase in the bay area. After all of the controversy between Al Davis and the AFL versus the NFL that never seemed completely put to rest, the move marked a rejuvenation for the Raiders and their place in the NFL.

The Raiders were considered for a move back to LA, which was fleeting. The city now officially has two football teams again, the Chargers and the Rams. When all other avenues were exhausted, the Las Vegas option was hit full-force with Mark Davis’ determination to relocate the team. Oakland Mayor Libby Schaaf made an eleventh-hour push to the NFL for reconsideration on a proposal to build a new stadium in the city. The request fell on deaf ears and left many fans wondering why there was not more of a push before the last minute by Schaaf and the City of Oakland. The project has been aggressively pursued since early in the 2016 season and proposals by Oakland supporters have all been rejected by the NFL. The Lott Group, founded by former NFL great Ronnie Lott, has presented plans on several occasions including one to pay up to $400 million of their funds. All proposals were carefully scrutinized and ultimately rejected.

The Raiders will spend the 2017-2018 seasons in Oakland, waiting for their new stadium to be built. The NFL and Mark Davis will need an active plan to establish their presence in the Las Vegas market, as the team will have a large deficit to make up to get them out of the red. If the up-and-coming young team continues to bump its stock in the league, with a steadily improving record from 3-13 in 2014 to 7-9 in 2015, and a more than respectable 12-4 finish in 2016, the team may find it easier to make up the deficit than projected. In 2016 the Raiders were considered strong contenders for the playoffs and possibly a 4th super bowl win until quarterback Derek Carr went down with a broken leg in game 15. If the support continues for the increasingly popular and talented young group, they may be able to make it work after all is said and done.