Malcolm Butler, the Super Bowl hero turned top cornerback in the league, is truly one of the feel-good stories in the league. From an undrafted free agent to a top 5 cornerback in the NFL, Butler is a highly competitive player. Here is a full breakdown of his player profile, including his strengths and weaknesses, his projected market and likelihood that he will be re-signed by the Patriots.

Strengths: Malcolm Butler really excels in press man coverage, where he gets in the receivers face and challenges his mental toughness. Butler has tremendous speed and hip fluidity, which really helps him stay as close to his man as possible.

Butler is a competitive SOB who is always in the receiver’s face. Rarely will you see him give up an uncontested catch, always making the receiver work for every catch and yard.

In zone coverage, Butler is instinctive and reads the quarterback’s eyes very well. His football IQ is off the charts, and it is clear to see when you watch him that he recognizes routes and break up passes.

Not only is Butler excellent in coverage, but he is a willing hitter, and will thump anyone who does not see him, only showing how much he competes.

Weaknesses: The only real weakness I find in Butler’s game is his lack of height/wingspan. His listed height is 5’11, but he looks an inch shorter than that. In jump ball situations against bigger receivers, he can be beat. Other than that, Butler is as good as they come.

Bottom Line: Butler is a restricted free agent this offseason, giving the Patriots all the leverage, since the team that wants to sign Butler, would have to most likely give up a first round pick and a big contract. For all that is morally and ethically right though, Butler deserves an extension.

He has embodied the Patriot Way, and has really solidified this defense with excellent number 1 corner play. It is a shame that he is still being paid the minimum. He needs to get paid, as soon as possible. 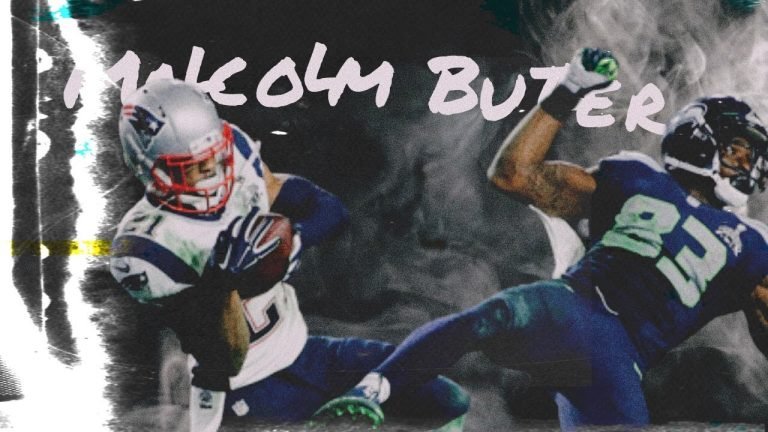