Dont’a Hightower, the heart and soul of the Patriots defense, is slated to test the free agent waters, and is sure to command big bucks. Here is a full breakdown of his player profile, including his strengths and weaknesses, his projected market and likelihood that he will be re-signed by the Patriots.

Strengths: ​Dont’a Hightower is an incredibly versatile linebacker. He can play the Mike, the Will or the Sam in a 4-3 defense, or play the Jack in a 3-4. He can essentially line up in every stand up linebacker position, whether he is defending the run/pass, or rushing the passer.

The Patriots started using Hightower as a Von Miller-hybrid player down the stretch to get the pass rush going. On early downs, he would play off the line of scrimmage, and on passing downs, the Patriots would send him after the quarterback.

Against the run, Hightower is a moose, who basically bench presses offensive linemen off him to make tackles routine. In coverage, he is especially effective against big tight ends, since his press technique is polished, and affects the timing of the routes.

Hightower’s leadership is off the charts. He is the heart and soul of the defense, always wears the green dot, indicating he is communicating the play calls to the defense, and is an incredibly smart football player, an indication to how much film he studies. Whenever he sees a specific formation or shift, he will call an audible to check the defense to the best play possible.

Weaknesses: ​In his 5 year career, Hightower has missed a combined 13 regular season games.

He has only played one full regular season, and has consistently missed 3 or 4 games a season to nagging shoulder and knee injuries.
In coverage against smaller and more agile tight ends and running backs, Hightower struggles to keep up, since his speed is not his best attribute.

Bottom Line: ​Dont’a Hightower, when healthy, is a top 3 inside linebacker. He is incredible versatile, a great leader and an intelligent football player. The only real big knack on him is his inability to play a full football season, which is surely being used against him in contract negotiations.

The Patriots very rarely set the market on positions, but there is a precedent. Safety Devin McCourty tested the free agent waters and returned with what was at the time, the most money paid for a safety. The projected contract makes Dont’a Hightower the most money for an inside linebacker.

I was fully expecting the Patriots to re-sign Hightower at the beginning of the season, and even more when they traded Jamie Collins mid-season. The more I think about it though, I would not be surprised if Hightower signed for big money elsewhere. 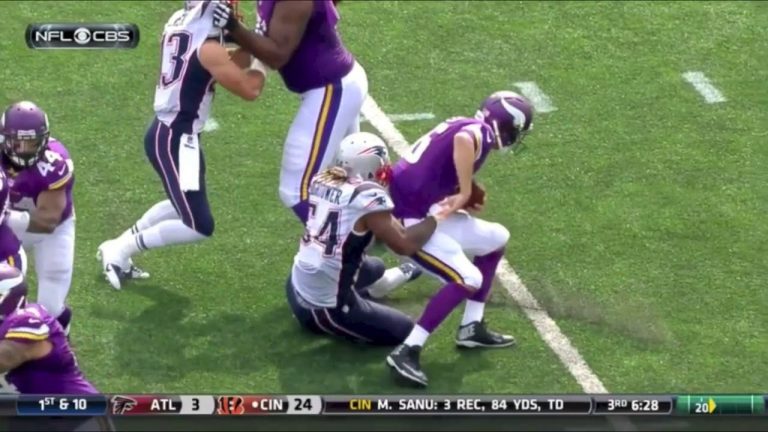 Top 10 Defensive Ends in the NFL Entering the 2019 Season

As the NFL regular season and the start of college classes approach, ...