I changed my whole life around compared to how I used to be. -Martavis Bryant

Martavis Bryant feels great to be back

Being suspended as a second-time offender in the NFL’s substance abuse policy has provided Martavis Bryant with a moment of clarity.

Fast Forward to today, day one of Phase Three: OTAs. Taking snaps with the ones and participating in drills with Antonio Brown was the conditionally reinstated Bryant. In incredible shape without having lost a bat-of-an-eye in speed, Bryant looks every bit as dynamic as he did when he last took the field. 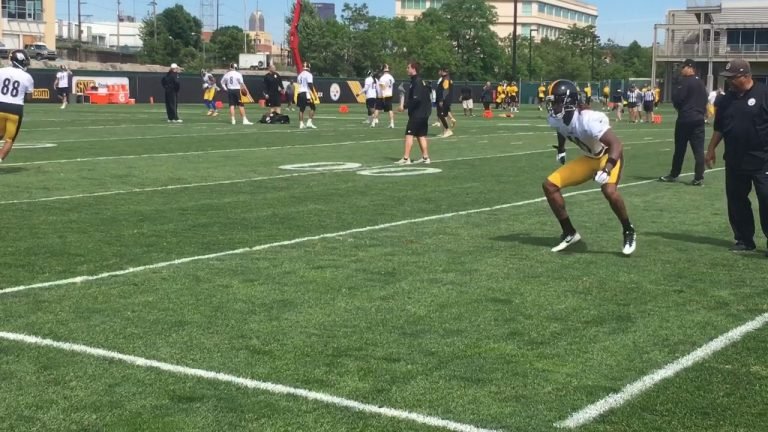 Speaking with reporters about the terms of his reinstatement, Bryant summed it up: “needing to maintain my sobriety, going to counseling once a week, Wednesday around 4:30pm E.S.T.,” at least that’s what he said. When it comes to travel weeks, he needs only check in with his counselor and, “handle my business and everything is cool.”

Describing what a typical day was like while on suspension, he wouldn’t shy away. It was a “rough time” in his life. Leaving the glitz and glamour of Los Angeles, he would take his residence and attempt to start a new life in Henderson Nevada.

I developed better habits, also who I hung around, I’m a family man just had a son and he’s seven weeks old. After I leave here i’m going straight to him.

Upon arrival, he checked into rehab. Of his own accord, he was in meetings all day from 10-4, then he would leave to go train, and afterwards, return home to his family. Choosing not to be reminded of the future he nearly threw away, he elected to not watch television.

Coming back to the team signifies rebirth for the much-maligned star. A lot has happened since he last donned the black and gold, including the metamorphosis from a wild stallion to a mature family man. Armed with a brand new game plan for attacking the rest of his career the proper way, it starts with the basics.

Working hard and doing whatever is asked of him, being there for his teammates and being a team player. Bryant must relearn the playbook and how the system works all over again. For now, Bryant feels great to be back with his brothers. To him, his team is family as well. One thing’s for sure: not only his teammates, but all of Steeler Nation, is ready to welcome him with circling “Terrible Towels” in the fall.

Previous article
« Red Sox Win Series Opener Against Scorching Rangers
Next article
Megatron at the Oakland Raiders OTAs – What Could It Mean? »