The Grueling Truth - Where Legends Speak / FACE OFF: Should Miami Trade for Richard Sherman?

FACE OFF: Should Miami Trade for Richard Sherman?

Face-Off Should the Dolphins Trade for Richard Sherman 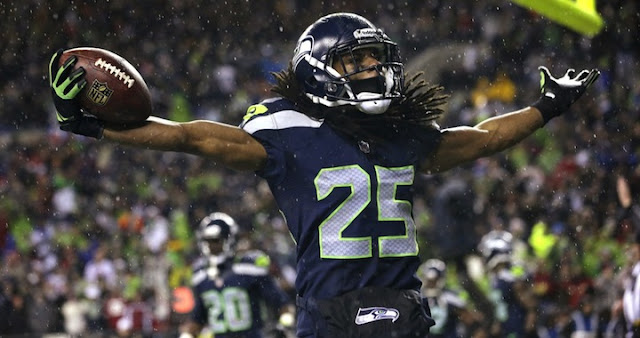 Opening Shot (Mike) — The reports are out there that the Seattle Seahawks are trying to trade superstar cornerback Richard Sherman and the Seahawks GM John Schneider even confirmed on ESPN this week they have opened that door and are talking to numerous teams about trading Sherman. Sherman is due $22 million over the next two years ($11 per season; cap hit around $13 million each year) which for a star player on his level isn’t a crazy amount. So, should Miami trade for Sherman you ask? The answer is short and simple; YES!  That yes comes with a caveat though as in what would Miami have to give up to get him. If Seattle would take Miami’s third round pick (pick #97) I think Miami would do that deal in a heart-beat. If Seattle wants Miami’s 2nd round pick, well now things get a bit dicey. If I were Miami I would say ok, but in return I want Sherman and a pick in Rd 4 (or 5) so Miami doesn’t just flat out lose a draft pick here. So while I would trade for a superstar cornerback it all comes down to what Seattle wants in return. And if the asking price is fair, Miami should jump all over that trade.  Remember there was that report a couple months back in the Miami Herald that the Dolphins were looking to add a star cornerback via the trade route. Could it have been Sherman? Not sure but we might have two matching pieces to the puzzle here. I know everyone waxes poetic about “building through the draft” and while yes the draft is important the name of the game at the end of the day is using every avenue allotted to you in order to improve your team and roster. To hold onto a draft pick like’s their gold when you have a chance to land a “sure thing” is shortsighted. If the price is right, make the trade.

Counter Argument (Tom)– Mike.. I can’t believe what I just read?  For a guy who is all about not overpaying or wanting primadonna’s on this football team, you want Richard Sherman?  I get it, he is a lock down corner, he is very good, but giving up the comp pick for him?  He stated clearly he isn’t reworking his contract for anyone.  So what if you have half of the “Legion of Boom”, spending $22 million dollars for two corners is just insanity.  The asking price is too high and you limit yourself in spending, not to mention your team’s best player, Jarvis Landry, still needs to be resigned!  If the Dolphins are remotely thinking about doing something like this, you can kiss Jarvis Landry good bye as they will not have enough.  Take care of the guy who’s been there and not worry about a me me me player like Richard Sherman.  Run with Howard, Lippett, Maxwell and a rookie, and let them continue to improve.

Rebuttal (Mike)–Well there is two forms of overpaying; his salary is actually very reasonable for what you get out of a superstar corner. Now, of course this entire thing hinges on what Miami would have to give up to get him. I am not naïve to that at all. To me it’s not only about winning this year it’s about long-term and we know with some certainty this is most likely Maxwell’s final year in Miami because of his contract and the cap relief Miami gets by releasing him after this season. And while Tony Lippett improved, on most teams this guy isn’t getting playing time let’s just keep it honest on that. Nice player who is improving but he still isn’t someone  you want to depend on week in and week out.  You bring up the “LEGION OF BOOM”, IF Miami traded for Sherman they might have their own Legion of Boom. You would have Sherman and Maxwell who were the CB’s in Seattle for their Legion of Boom and you have Reshad Jones who is an elite NFL safety and just as good as any safety in Seattle. So Miami would be 1 safety short (and maybe Nate Allen or TJ McDonald shine when surrounded by those 3) from re-creating the Legion of Boom. And also, having Sherman at CB with Jones and Maxwell and Howard in the secondary, it makes Matt Burke’s job oh so much easier calling defensive plays. It would let Miami’s front 7 sell out on the run and be better in stuffing the run because you would have a secondary you can actually trust to make plays and stops. I am not worried about the cap hit as in the NFL you can make cap space very easily and Sherman wont’ re-work his deal, but would he take an extension to get more guaranteed money and lower his cap number? Oh hell yeah he would. Could Miami trade for Sherman and still extend Landry; again YES. Would it eat up a lot of the space they have left, yep. But it’s not impossible. It’s about adding impact players to improve the team; with Richard Sherman you get an impact player who improves the team and you can’t spin that any other way. 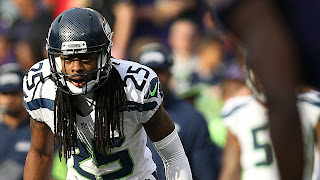 Cross Examination (Tom)– Improving the team NOW, yeah sure.  When he eats up $13M in cap space even next season and is in no mood to help his potential new team out with either an extension or a restructure, that screams selfish player.  He also is a hot mess on the sidelines.  Screams at offensive coaches for not doing a certain play?  Come on man, this is #NEWMIAMI, this isn’t the Joe Philbin Phins where the head coach has no spine.  Sherman will disagree with things when the dominoes fall wrong and cause disruptions mid-game and in the locker room.  Dolphins do not need this primadonna.  Sometimes talent outweighs character, but I don’t think this is the best route to take.  Sherman is also getting closer to 30 and eventually will be slowing down. And if you have to give up a potential future starter at the age of 22-24 and this move doesn’t work, Miami will regret it for years.  You can find cheap talent in the second or third round and not have the headache.

The Last Word (Mike)–Of course it’s about improving the team now, what other time is there to improve it? Miami was a playoff team last year this isn’t some huge blow it up rebuilding process so yes its about getting better now and winning a playoff game and going further in the playoffs. Sherman might slow down over time but Miami’s commitment to him would only be two years and I don’t see him slowing down the next two seasons.

Look at the end of the day it comes down to what Miami would have to give up to get him. Reports are out there that Seattle wants a player and pick for Sherman. Ok, so would you give up Mike Pouncey and a 3rd round pick for Sherman? Um, I might with Pouncey’s injury history. How about Devante Parker and a 5th rounder for Sherman? Well we would still have Stills, Landry, and we gave up a lot for Carroo, I might do that as well since Parker hasn’t lived up to where he was drafted since being in Miami. How about Tony Lippett and a 2nd rounder? I know Miami would do that but would Seattle? If Miami waits long enough and as the draft gets closer could Seattle’s asking price drop and could Miami only get him for just a draft pick and not involve a player? DING-DING-DING, we have a winner and that is what I think might happen with any trade that happens for Sherman.

Long story short Richard Sherman is the best cornerback in the NFL today and Miami has the cap space to add him if they want. So if it just comes down to asking price Miami should do everything in their power to try and work out a reasonable deal to greatly improve their roster. Everyone likes draft picks, I get it. But 2nd and 3rd round picks are often guys like; Dallas Thomas, Michael Egnew, Pat White, Chad Henne, Patrick Turner, Billy Turner, and Will Davis. Give me a sure thing and future NFL Hall of Fame CB who still has it over an unknown. Sometimes you just don’t overthink things.