The Grueling Truth - Where Legends Speak / Pro Football / NFL / 2017 NFL Draft Breaking Down the QB’s: Deshaun Watson, is he Special

2017 NFL Draft Breaking Down the QB’s: Deshaun Watson, is he Special

DeShaun Watson’s senior season was nothing special until it was playoff time. Once the money was all on the table, Watson truly was a special player. Can he be special in the NFL? Let’s take a look. 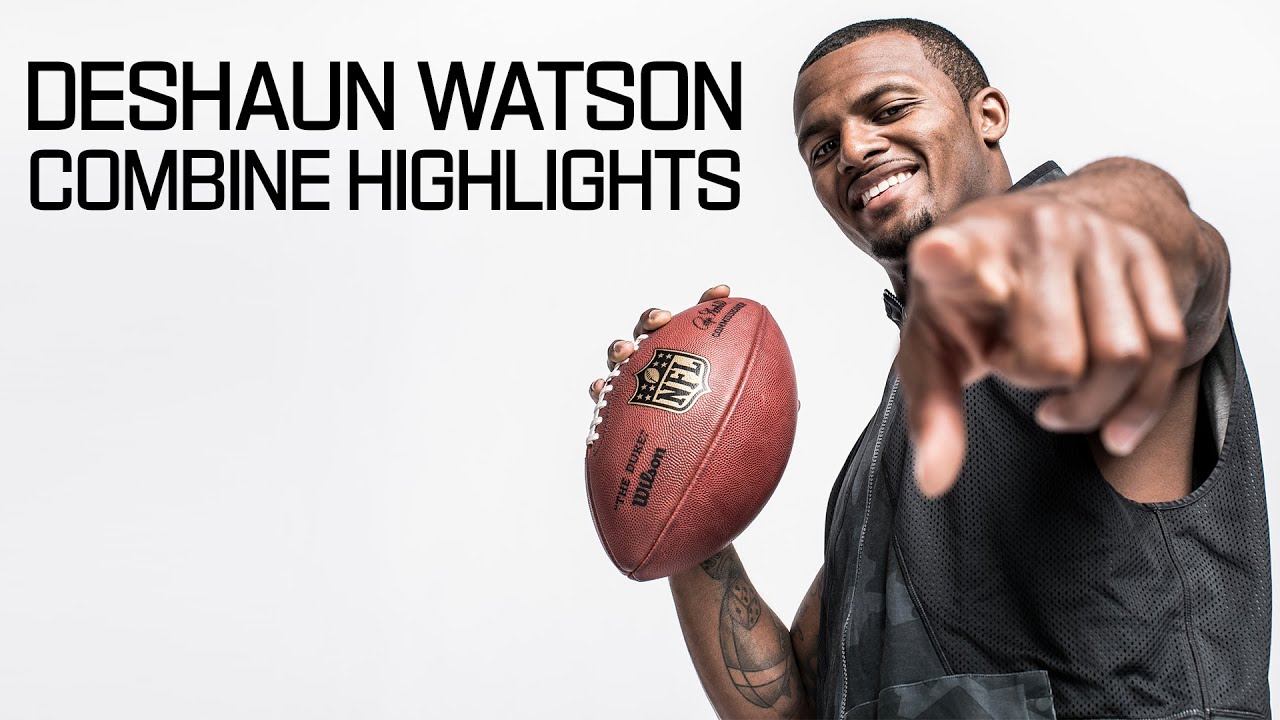 Confidence and Competitiveness- Watson plays his best under the brightest of lights and the biggest of stages. He reminds me a lot of Dak Prescott in that aspect of the game and that is definitely a huge strength.

Arm Strength- Watson has a strong enough arm to get it done in the NFL.

Mobile Playmaker- Watson is outstanding in and out of the pocket when it comes to making the right plays.

Great Rythymn Passer- adept at hitting his playmakers on catch-it-and-rip-it throws (slants, hitches, quick outs and bubble screens) to the perimeter. He also excels throwing down the seams, skinny posts and back-shoulder fade routes off quick play-action or rhythm drops. 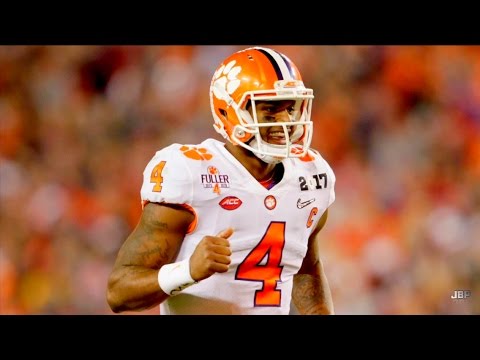 Inconsistent on intermediate or Deep Routes- Watson’s deep ball accuracy has to be a huge concern as does his penchant for forcing intermediate throws that end up getting picked off in traffic. These are throws that an NFL QB MUST be able to make!

Ability to read a Defense- Seems to have trouble reading his pre-snap reads which lend itself to the penchant for turning the ball over. Watson has thrown 30 interceptions over the last two years and a lot were thrown because of bad pre-snap reads.

Watson reminds me of Marcus Mariota as he is great at quick rhythm passing and he is a winner. In the right system, I think that Watson could be worth a first round selection.If I was to pick a few teams that would perfectly match Watson’s talents, I would cite the Chiefs, Bills, Giants and Cardinals as strong fits. The Kansas City Chiefs, in particular, would be an ideal situation due to the presence of a proven QB developer (Andy Reid) and a veteran QB (Alex Smith) that would allow Watson to redshirt until he is ready for a bigger role, the Cardinals situation would be great with Bruce Arians and Carson Palmer already there. I think Watson should go somewhere between late first round and the end of the second round in this draft.

The Pittsburgh Steelers did something few believed they could do going into ...

The NFL Draft Show: Bama/Geo Preview plus top offensive lineman in the 2022 draft

Get your Free Bet now!
Latest News
12 Grueling Truth’s we learned during Wildcard Weekend
Click below to find the top sites to ...
The 1969 Kansas City Chiefs: History’s most overlooked team
The 1969 Kansas City Chiefs are probably the ...
Alex Ramos: The epitome of a fighter
I have wanted to write an article about ...
Ty’s Take on the First Bengals Playoff Game
The Cincinnati Bengals defeated the Las Vegas Raiders ...
The Top 13 NFL Wide Receivers of the 1970s
13) Mel Gray Mel Gray and Issac Curtis ...
Betting Tips
Betting Tip: Portland Trail Blazers vs Detroit Pistons
Tip:
Over/Under
Odd:
1.25
Current Bonus:
100% up to $500