The Grueling Truth - Where Legends Speak / Bengals-Steelers keys to victory!

No doubt there is bad blood between these teams. For anyone saying the Bengals can prove themselves here, will we all know that is not true. The Bengals will not quite critics until they win a playoff game, that will be the case even if they go 16-0 and there is no way around that.

Today’s game is a matchup of two of the best teams in the NFL and it will be decided by who does the little things better. Let’s go ahead and look at the keys to today’s matchup.

!). Antonio Brown v.s Adam Jones– Jones plays Brown probably better than any corner in the NFL. To win today that will have to be the case as the Bengals must limit big plays in the Steeler passing game.

2). Steelers running game v.s Bengals Linebackers- Deangelo Williams is an excellent back as he showed against the Redskins. The Bengals linebackers did not play well last week, Vinny Rey uncharacteristically was out of position on many plays and Karlos Dansby made a lot of tackles, but most were 7 yards downfield. Rey Maualuga was basically non existent.  Can the Bengals linebackers keep their gap responsibility and make plays?

3). Bengals Offensive Line- The New York Jets have one of the strongest and most athletic defensive lines in football, and they took advantage of Cedric Ogbuehi’s first official NFL start at right tackle and Russell Bodine at center to create constant pressure on Andy Dalton. The Steelers also run a 3-4 front and have a solid left defensive end in Cameron Heyward, and right defensive end Stephon Tuitt had 6.5 sacks last year. Then, of course, linebackers like James Harrison, Ryan Shazier and Lawrence Timmons will be looking to bring pressure. Shazier was banged up against the Redskins and was listed as questionable during the week, but I expect he will play.

4). Control emotions- This might be the biggest key to the game, last years matchups saw over $250,000 in fines. The Bengals and Steelers have to be able to control their emotions, let’s face it in last years playoff game the Bengals did not do that. 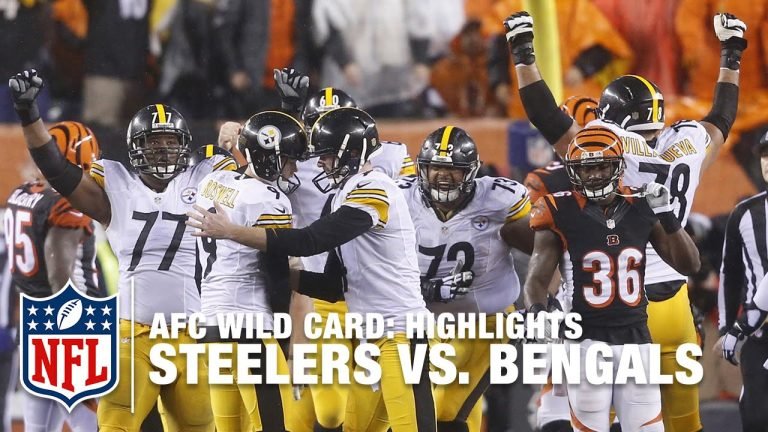 PREDICTION- This is a tough game to pick, I think the Bengals need a big day running the ball to help keep pressure off of Andy Dalton. Can they do that? After last week you would have to lean towards no. On the Pittsburgh end can they slow down the Bengals passing game? My answer to that is probably not. Can Big Ben get quick strike TD’s in the passing game? I am sure he will get some, but the question is can he get enough big plays to change the game? In a toss up game I will take Jeremy Hill and Gio Bernard to play well and lead the Bengals to a 23-20 win in a great football game. My biggest worry is the NFL tries to over officiate the game and ruin the flow and rhythm of the game.