Against the two-time defending NFC champion Green Bay Packers, Terrell Owens ran a post route and the Packers defensive backs froze, allowing him to make a 25-yard catch into the end zone with four seconds left. This wasn’t Montana to Clark,  but Young to Owens was one of the most spectacular endings to a game that you will ever see. 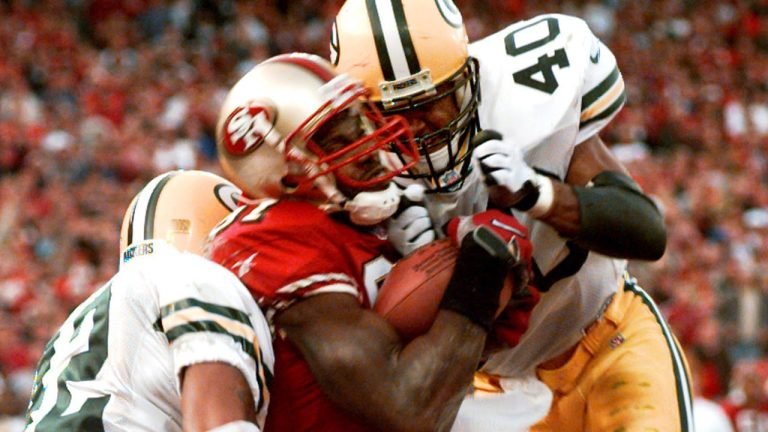 The picture of Dwight Clark leaping at the back of the end zone to make the game-winning touchdown catch in the NFC Championship is as iconic a picture as there is in NFL history. Clark’s reception served as the incredible deciding moment in a game that defined the 1980s and began the 49ers’ dynasty that went well over a decade. Rolling out to his right, Joe Montana, with three Dallas Cowboys defenders in his face, lofted a perfect pass to Clark, turning Candlestick Park – as legendary broadcaster Vin Scully put it – into a “madhouse”. The only reason it sits this low is because there was still almost a minute left and as so many forget, the Cowboys were a missed tackle away from coming back to win this game. This is one Vikings’ fans would just soon forget. Cowboys quarterback Roger Staubach reared back and threw deep to Drew Pearson, who probably should have been called for interference, but instead caught a 50-yard touchdown pass with 24 seconds left to win a 1975 divisional-round playoff game. ‘Hail Mary’ was a term that had been used before this play but this brought the ‘Hail Mary’ to America’s  everyday vernacular. signaficance of the 75′ hail mary pass

In this 1974 Divisional playoff classic, the Oakland Raiders’ Ken Stabler threw up a pass to the end zone as he was being sacked. Surrounded by Miami Dolphins defenders, Raiders’ running back Clarence Davis managed to seemingly appear out of nowhere to haul in the pass in for the game-winning 8-yard score with 24 seconds left. The hold-your-breath nature of Stabler’s wild throw into a crowd made it a thrilling moment and helped make  Stabler an NFL legend. 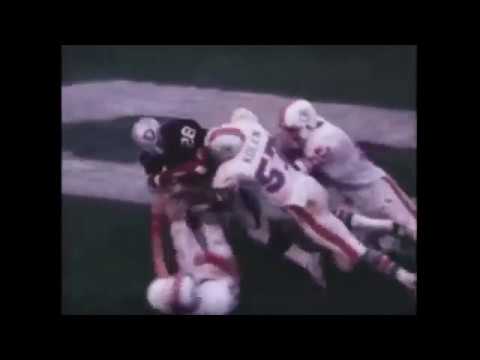 This was a walk-off winner in a playoff game and on top of that, Stefon Diggs made a great leaping catch. The suddenness of the win for the Vikings coupled with the devastation of the loss for the Saints made this game one for the ages. In the final seconds of a wild 1999 wild-card game, Frank Wycheck threw it across the field to Kevin Dyson on a kickoff return. Dyson ran behind a line of blockers for a score (“and there are no flags!”), in one of the craziest game-winning scores you’ll see. A lot of people still question whether it was a lateral or not but the play stood and the Titans had won on a miracle play that will never be forgotten. 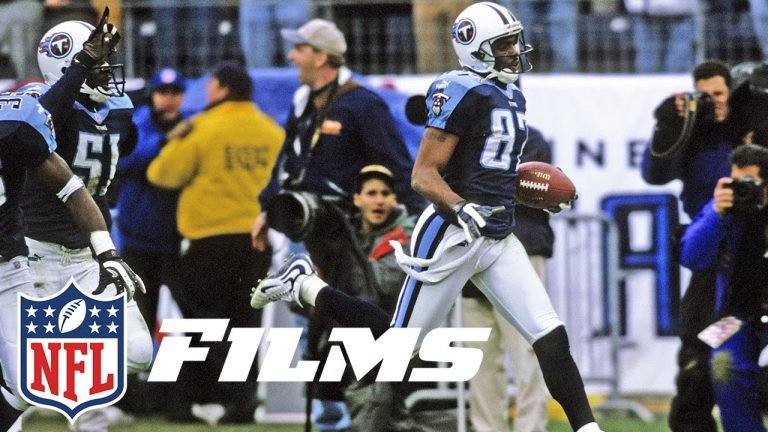 This game is hard to beat, considering it was the final play of the game and it ranks as one of the most controversial endings of all-time.

The Steelers were trailing and facing fourth down with 22 seconds left in a 1972 AFC divisional-round game against the Oakland Raiders. Terry Bradshaw’s last second pass was deflected and caught by Franco Harris, who ran in for a touchdown. About the only difference with Diggs’ play is that Harris left five seconds on the clock when he scored. It has to be number one since the legality of the play is still questioned to this very day and also, the play was a complete and utter fluke. 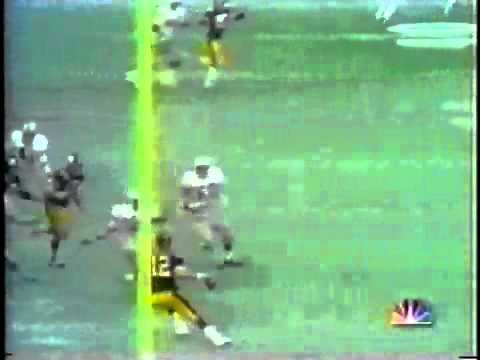 Previous article
« The NFL Show: Ranking the top 20 players under the age of 25, plus Phillip Rivers retires
Next article
NHL 2021 North Division Power Rankings after week 1 »