With the recent news that Josh Rosen, Lamar Jackson and Sam Darnold have declared for the 2018 Draft, the picture for the Browns maybe a little clearer. The Browns cannot afford to pass on a quarterback again like they did on DeShaun Watson last year.

1) Cleveland Browns: Sam Darnold, QB, USC Trojans- Darnold is a project but a project that could very well pay off big-time over the next few years. With that being said, can anybody be successful in Cleveland?

2) New York Giants: Connor Williams, OT, Texas Longhorns- It looks like with a GM change that Eli Manning will probably be back so I think the Giants will go get a tackle to protect him.

3) Indianapolis Colts: Saquon Barkley, RB, Penn State Nittany Lions- Barkley is a hard player for anybody to pass up. 5) Denver Broncos: Josh Rosen, QB, UCLA Bruins-The Broncos will get a Quarterback here and we all know they need one.

6) New York Jets: Baker Mayfield, QB, Oklahoma Sooners- Mayfield loves the spotlight so why not have him land in New York? The other upside is with the way quarterback Josh McNown played last year he may not even have to play right away.

10) Oakland Raiders: Roquon Smith, LB, Georgia Bulldogs- Smith is a stud that will help right away.

11) Miami Dolphins: Orlando Brown, OT, Oklahoma Sooners- More of a road grater on the offensive line and has trouble with his pass set. He has a tendency to get top heavy by leaning and if it doesn’t get fixed quickly he will either be a huge bust in the NFL or moved to guard.

12) Cincinnati Bengals: Mike McGlinchey, Notre Dame OT- The Bengals are desperate for offensive line help and this would be a huge addition.

13) Washington Redskins: Derwin James, DB, Florida State Seminoles- James would be an immediate starter for the Skins. If Kirk Cousins decides to leave, this pick could change to a quarterback like Josh Allen.

14) Green Bay Packers: Arden Key, DE,OLB, LSU Tigers- Injury concerns could scare teams off but Key is a big physical presence that the Packers need in their front seven.

15) Arizona Cardinals: Lamar Jackson, QB, Louisville Cardinals- With the retirement of Carson Palmer, I think the Cardinals overreach and go quarterback here. I would pick elsewhere and give Drew Stanton the job as Stanton played well at the end of the season.

18) Seattle Seahawks: Christian Wilkins, DT, Clemson Tigers- Wilkins is a force in the middle and too good to pass up with this pick.

19) Dallas Cowboys: Vita Vea, DT, Washington Huskies- The Cowboys need a difference maker up front and Vea could be that guy.

20) Detroit Lions: Derrius Guice, RB, LSU- The Lions had the worst rushing offense in the NFL and I think this is the way they go with this pick.

21) Buffalo Bills:Josh Allen, QB, Wyoming Cowboys- If you watched the Bills playoff loss to the Jaguars you know they have a desperate need at this position. 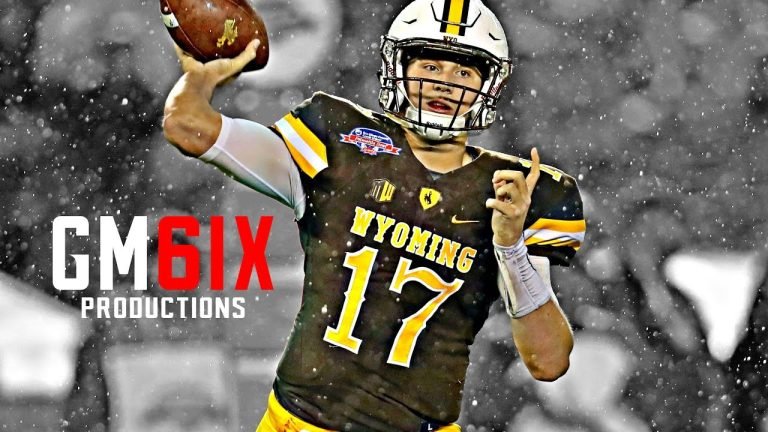 22) Buffalo Bills:James Washington, WR, Oklahoma State Cowboys- Another desperate need for the Bills are explosive players and Washington is just that.

24) Carolina Panthers: Quenten Nelson, OG, Notre dame Fighting Irish- This will be the steal of the draft if he falls this far and will be in the Pro bowl after three years, tops.

32) New England Patriots: Mason Rudolph, QB, Oklahoma State Cowboys- They need a back up that can develop into a starter.