Now that the NFL draft is behind us as and I look around the AFC East it is very clear to me that this is by far heading into the 2018 season one of the worst divisions in football. Yes, I know the Bills and Jets went “all in” to get their franchise quarterbacks of the future and I give them credit for doing so. The long-term and big picture that is the right move and I am not knocking them for being bold and making such a move. But in the short-term neither team did much to improve themselves and I think will both be in store for a long season in 2018. They aren’t alone though as the Patriots and Dolphins also had a head-scratching offseason that makes you wonder what the end game is for those teams as well. Let’s look around at the landscape of the AFC East as we head into the 2018 season. 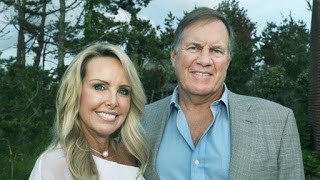 When having a conversation about the AFC East you must start with the franchise all others are measured by, the Patriots. On paper, they are still by far and away the best team inside this division. With that said though I do question some of the moves they have made this past offseason and do wonder out loud are they any better than last year and could they, in fact, be worse?

In free agency, the Patriots lost Dion Lewis, Nate Soldier, Malcom Butler, Danny Amendola, Brandin Cooks just to name a few. And who did they bring in to replace them, umm, Jeremy Hill? It’s a list of who’s who of WHO!?

Then you look at the Patriots 2017 team that was close to winning the Super Bowl and say what was their weak spot and where they need to improve? Clearly, it was their defense as they were ranked 30th in passing defense and 20th in rushing defense. The Patriots couldn’t stop anybody last season, so you would think the Pats would look to bring in some new blood and talent on that side of the ball to correct things, right? Well WRONG! With two picks in Round 1, the Patriots drafted an offensive lineman and a running back. In the 2nd round they did select a CB who can help them right away but then the Patriots traded away all their other early round picks for picks in the 2019 draft. Not exactly a “win now” type of move if you ask me. And it wasn’t until Round 5 and later until the Patriots took flyers on linebackers and when you’re in round 5 you are taking guys who probably won’t help you right away.

I truly do not understand what the Patriots did this offseason in that they let go or didn’t fight to keep a lot of very good players and they did next to nothing to improve one of the worst defenses in the entire NFL. They are still the Patriots and will still win this division because the other three teams can’t get out of their own way, but I think this team hasn’t improved at all and might be regressing some. 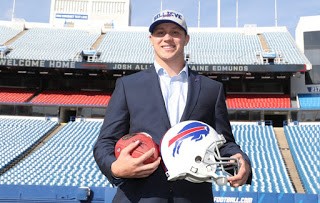 I understand Tyrod Taylor isn’t very good and the Bills wanted to move on and in a different direction. I also understand they needed to go get their franchise QB and their quarterback of the future, so mission accomplished with selecting Josh Allen. And I don’t even mind what Buffalo gave up moving up in Round 1 to select him. With that said though this team has a ton of holes they needed to fill, and I am not sure they have fully addressed them this offseason.

I know the Bills are coming off a playoff year and kudos to them for making the playoffs in 2017. Let’s be honest though they made the playoffs because the AFC was downright awful last year, and we saw this Bills team unable to move the ball at all in the playoffs last season. Their WR unit was dreadful, they don’t get much out of their tight end position, and LeSean McCoy isn’t getting any younger.

Factor in the Bills have the oldest roster in the NFL and lost 3, yes 3, starters on their offensive line from last years roster and this roster is a mess. Josh Allen is a long-term answer at quarterback, so I give them credit for solving that problem. But to ignore the wide receiver position and think Zay Jones and Kelvin Benjamin are #1 and #2 WR’s on any NFL team is laughable. I know the Richie Incognito retirement hit the Bills out of left field but to do nothing to address any of the offensive line issues early in this draft is head scratching.

The Bills entered the 2018 Draft with 6 picks in the first 3 rounds (two picks in each round) and came away with just three players. Two picks in round 1 and one of the final picks in round 3. For an aging roster with a bunch of holes that isn’t good enough. I get the trade to move up and land the quarterback, but after that, I think the Bills dropped the ball and should have been looking to move down and get back some picks to fill the numerous holes this roster has. 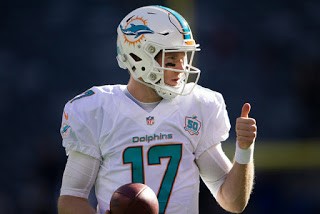 Ryan Tannehill or bust! That is the Dolphins 2018 season wrapped up into one short little saying. The Dolphins lost Jarvis Landry and replaced him with Albert Wilson and Danny Amendola. The jury is out on how that will work out but not a crazy approach to take. Mike Pouncey was released and that is addition by subtraction to anyone who has seen Pouncey play in recent years. Ndamukong Suh was released and has been replaced with Akeem Spence and yeah that’s a downgrade. But overall the Dolphins roster lost a couple big name players and added numerous not so big named pieces to pick up the slack.

I feel the Dolphins draft was good in that the additions of Minkah Fitzpatrick and Mike Gesicki should make an immediate impact on the field and help this team win games right away from day one. The selections after those two are a bit more of a project and we will see how those guys play out in time.

Overall you can say this has been a quiet offseason (by Dolphins standards) in that no big name free agent signings. No controversies of any kind to be that black cloud hanging over the organization. Miami ran off some big-name players like Suh and Landry and are trying to replace them with multiple, less talented, cheaper players and going with the “quantity over quality” approach. Which at times has worked in the NFL so I am not knocking this approach by any means.

The one thing Miami didn’t do this offseason which might come back to haunt them addresses the #2 quarterback position. Brock Osweiler, Bryce Petty, and David Fales might make Dolphins fans wish they had Jay Cutler under center should something happen to Tannehill again. If Tannehill goes down again in training camp or early in the season, then this team will struggle to win 2 games in 2018 and Adam Gase, Mike Tannenbaum, and Chris Grier will surely be fired. 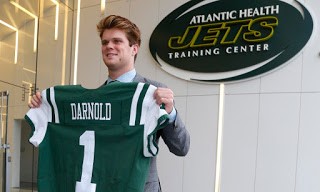 A very similar offseason to that of the Buffalo Bills.  A team that was in desperate need of a franchise quarterback that did everything in their power to land that quarterback.  Sam Darnold is the real deal and will be very good in time. But he, nor will the Jets offense, be any good right away. The NY Jets have literally nothing at the skill positions heading into 2018 and did next to nothing to address this in this past offseason or draft. The top WR’s on the Jets roster are Robbie Anderson (who is facing a long NFL suspension) and Quincy Enunwa. Anderson is a head case who would have a tough time being a #3 WR on most teams in this league and Enunwa wouldn’t make the roster of most NFL teams. At running back it’s Browns cast-off Isiah Crowell who doesn’t put fear into anyone. And at tight end their top guy is Jordan Leggett. Not exactly the 2000 St. Louis Rams offense here.

On the other side of the ball, the secondary is better with the addition of Trumaine Johnson. The linebackers are poor, and the defensive line is just ok. Again, I understand the Jets needing to give up a ton of picks to get their franchise QB and I am not knocking them for doing it but this is a total rebuilding job and the Jets are 2-3 years away. They do have over $100 million in cap space come 2019 and should make a bunch of big named signings then but in 2018 they will be bad.

In 2018 the Patriots should win the AFC East by default even though their lack of addressing the defensive side of the ball might have their road to the Super Bowl be more of a challenge this year. As you will have a Titans team that is ascending, Houston will get healthy and a lot of their star players back, Pittsburgh is still Pittsburgh, and out West, you have a few quality teams which I am sure one will separate themselves from the pack and make a run in 2018.  The Bills and Jets are starting the early phase of a long rebuild and I think in time they might have quarterbacks nobody will want to face but in the short term and in 2018 those teams will be a bit of a mess and have their growing pains.  Then you have Miami which as I said if Ryan Tannehill is healthy look out as they have the roster to give opponents fits week in and week out. If Tannehill can’t stay on the field then this is one of the three worst teams in the league due to Miami’s lack of a legitimate backup quarterback.

Previous article
« Ringside Boxing Show: Why walking away is tougher than losing … plus GGG & Bellew fight analysis
Next article
Golovkin Should Go for Billy Joe Next »