Logan Ryan, one of the many Rutgers alumni on the Patriots, had a rough start to his 2016 NFL season, until he turned it around and really solidified himself into one of the better cornerbacks in the league. Here is a full breakdown of his player profile, including his strengths and weaknesses, his projected market and likelihood that he will be re-signed by the Patriots.

Strengths: ​If Logan Ryan is your second cornerback, which was the case for the Patriots the past two seasons, then you are already ahead of a ton of teams. Ryan is an extremely versatile cornerback, who can play the left side, right side or the slot, and can play all of those positions well.

Ryan is best used when he is allowed to bump and run, since his physicality and technique are some of his best traits. He loves to get in the receiver’s face, much like Malcolm Butler, and challenge them every step.

Ryan is a great tackler, possibly one of the best tackling defensive backs in the league, as he is always in the correct position and never tries to do too much, always sticking to his fundamentals.

Logan also brings a certain edge and attitude to the defense, always being tough and aggressive, and he often sticks his nose in there.

Weaknesses:​ Ryan can be very, very inconsistent. As evidenced by his play earlier in the year. When he is off, he can be off for a while.

He also struggles against smaller, quicker receivers, due to his lack of acceleration and hip fluidity.

Ryan is very strong in coverage against bigger opponents, although sometimes he will struggle due to the height difference. When that does happen, Ryan tends to overcompensate and starts losing his technique.

Bottom Line: ​Logan Ryan is a two-time Super Bowl champion and has played exceptionally well in his two years as a starter. He is looking to get paid, and rightfully so, since he is one of the most underrated cornerbacks in the league.

Not many people are as high on Ryan as I am, and I get the feeling the Patriots coaching staff feels the same way, since they were willing to ride the lows with him because they knew he would get back on track.

Ultimately, I do expect Ryan to walk, due to the high salary he will command, and due to the fact that the Patriots used their number one selection on cornerback Cyrus Jones last draft. He’s had a really good run in New England, but I do expect him to make another NFL team happy if they use him as a number two cornerback. 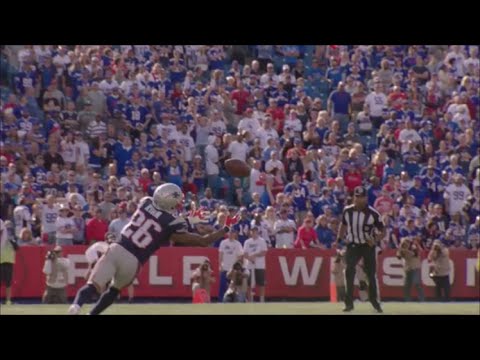