LeGarrette Blount, one of the most overrated running backs in the game, may get paid big by some team that glorifies stats, but watch the film and you will see a big running back that is best situated for goal line situations. Here is a full breakdown of his player profile, including his strengths and weaknesses, his projected market and likelihood that he will be re-signed by the Patriots.

Strengths:​ LeGarrette Blount is an old school running back, and will beat you with power. He’s a moose, at 6’0” and over 250 pounds. He got in shape this season, replacing the fat he had last year with muscle this year.

Blount has very good ball security, one of the main reasons he got so many touches due to Bill’s strict no fumbling policy. He only fumbled twice in the regular season on 299 carries.

Blount is a great goal-line back, as evidenced by his 19 touchdowns on the season. When he is going in a straight line toward the line, it’s tough to stop him from getting that one yard.

Weaknesses:​ Blount is molasses slow when he is playing against a fast, physical defense. It was clear in the Seattle and Falcons game that he is nowhere near the speed that today’s skill players own.

Blount struggles to break tackles behind the line of scrimmage when he does not have a head of steam built up. His elusiveness is close to zero.

Blount is not the greatest at finding holes and cutback lanes. He usually will follow where the play is going, instead of finding the hole on the fly.

Most of Blount’s yards come when the game is essentially in hand, and the defenders rarely want to tackle such a big, bruising back.

Bottom Line:​ This situation is essentially up to the open market. If some team will fall for the stats that Blount was able to pad essentially late in games that have been decided.

He is most effective at the goal-line, but it would be unwise to give him a featured back role. The Patriots were forced their hand early in the season when training camp candidates D.J Foster and Tyler Gaffney failed to impress in the preseason, and Dion Lewis’ recovery from a torn ACL took much longer than expected.

Nevertheless, Blount is 30 years old, and coming off a season with a lot of carries, so it will be interesting if Blount can get a big paycheck. 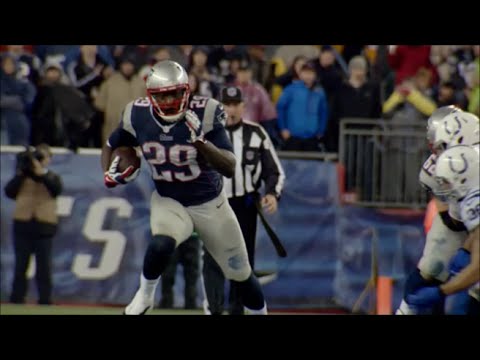