1993 was a special year in Chiefs history!

While the Chiefs ended the 1992 season with a 10-6 record, their 17-0 Wild Card game defeat at the hands of the San Diego Chargers caused team management to think about making some changes.

Check out the best sportsbook bonuses!

The Chiefs were a good team from 1989-1992, but 1993 would be different. It was an opportunity to get to the next level, a place where the Chiefs hadn’t been since 1969. They already had a talented roster with Derrick Thomas, Neil Smith, and Kevin Ross leading the defense. However, it would be on the offensive side of the ball where the biggest changes would take place.

Christian Okoye, “The Nigerian Nightmare,” came off an awful injury and finished with under 500 yards on the ground, leaving the running back position one of large concern. The Chiefs would bring in one of the greatest backs in NFL history, a Super Bowl MVP and division rival, Marcus Allen.

Dave Krieg was the quarterback of the 1992 team. While he finished his career as one of the most underrated passers of his time, the Chiefs could not pass up the opportunity to bring in perhaps the greatest quarterback ever to step onto a football field, Joe Montana.

Former wide receiver J.J. Birden felt that the 1993 Chiefs were ready to make it to the next level, largely because of the experience and leadership of Allen and Montana.

Birden stated: “It was a combination of adding great players and also adding a lot of confidence because Montana and Allen had won Super Bowls. Their ability to produce positive play after positive play was contagious.”

Another forgotten addition that season was a third-round pick, future Hall of Fame guard Will Shields, who would end up protecting Montana as well as opening up running lanes for Allen.

When the Chiefs were ready to open the season against Tampa Bay, there was still a question about how ready Joe Montana would be. He hadn’t played one half of one game since the 1990 NFC Championship Game when he suffered major injuries that kept him out of football for almost two full seasons.

Montana silenced all doubters by throwing three touchdowns in the Chiefs’ 27-3 opening day win over the Bucs.

The 1993 season saw Kansas City win the AFC West with an 11-5 record with wins over the Raiders and Broncos, but also saw Marcus Allen win the NFL’s Comeback Player of the Year award as he rushed for nearly 800 yards but had 12 touchdowns. Joe Montana led a very deep squad of receivers such as Willie Davis, J.J. Birden, Tim Barnett, and Fred Jones. The Chiefs didn’t have a weakness and were ready to make a great playoff run.

Montana was even temporarily knocked out in a hard-fought game in which the Chiefs started less than stellar. However, as always, Joe would return and lead his team back.

The Steelers had the lead and the ball late in the game, 24-17. However, the defense would force a punt, and it would be Keith Cash who would block it, and the Chiefs suddenly had the ball on the Steelers’ 9.

Facing a crucial 4th and goal from the Steelers 7 with under 2 minutes to play, Montana would find Tim Barnett alone in the endzone to tie the game and force overtime, which the Chiefs would win on Nick Lowery’s 32-yard field goal, 27-24.

In Houston, the Chiefs would face a difficult challenge against an excellent and opportunistic Buddy Ryan-led defense. The Oilers shut down the Chiefs’ offense and took a 10-0 lead into halftime. However, it would be Joe Montana that would shine in the second half, as he threw for 3 second-half touchdowns and led the Chiefs back to a 28-20 road win.

“We started badly in both games and were behind.”, said Birden. “Marty gave two great halftime speeches that motivated us, but also Joe being relaxed gave us a lot of confidence.” 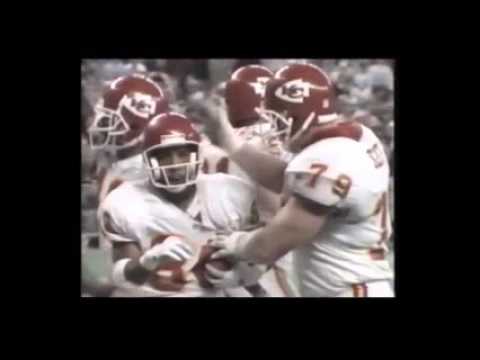 The Bills were the 3-time defending AFC Champions and probably had the best chance of getting back to the Super Bowl. The bitter cold Buffalo weather was on their side, and Kansas City had not been in this position since 1969.

The Chiefs were not intimidated; in fact, J.J. Birden said, “We were very confident going into Buffalo. We didn’t care about the history. We felt we could win.”

Buffalo built a 20-6 halftime lead off a couple of Chiefs turnovers, and early in the 3rd quarter, Montana got sandwiched between two Bills defenders and was knocked out of the game. Though the Chiefs cut the lead to 20-13, chances of winning without Montana was low.

“When Joe went down,” according to Birden, “that was the first time where our confidence was shaken.”

Though the Chiefs would ultimately lose their opportunity to go to the Super Bowl, this was a special team.

When asked to describe the 1993 Kansas City Chiefs, Birden said, “We were one of the best Chiefs teams ever. We were full of resilience and would not give up. We gelled well and hit on all cylinders.”

Until the 2015 playoffs, the Chiefs had not won a playoff game since this team made the last few years of playoff runs so special.