Eli Manning retired on Wednesday, and no matter what fans think, he accomplished more than most who have played the quarterback position. Is he a Hall of Famer? Of course he is.

Was Dan Fouts really a Hall of Fame quarterback? Dan is in there and Dan doesn’t own 2 Super Bowl rings. If you say that wasn’t his fault you would be wrong. Dan Fouts failed on the biggest stage, while Eli shined!

Eli had pressure on him from the time he first threw a football. His dad Archie was an excellent NFL quarterback in his own right and brother Peyton surpassed even what his father did. Can you imagine the pressure growing up as the youngest of the Manning clan? On top of that, he chooses to go to New York over San Diego, which put a ton of pressure on from the start of his career. Then when he gets to New York he replaces a future Hall of Fame quarterback in Kurt Warner. Even with all of that Eli had the ability to get the job done.

Can you write the story of the NFL without Eli?

You always hear the old-timers ask this question and I think the answer is very simply no you can’t!

Manning holds Giants franchise records for most passing yards, touchdown passes and completed passes in a career. In 2012, in a 41–34 win over the Tampa Bay Buccaneers, he threw for 510 yards, three yards short of Phil Simms’ franchise record of 513.

Manning started 210 straight games from 2004 to 2017, the third-longest consecutive starts streak by a quarterback in NFL history and he did it without painkillers like Brett Favre. Eli was a tough football player.

He is the seventh all-time leader in passing yards and eighth in touchdowns. Manning was named Most Valuable Player in both Super Bowls, becoming one of five players to have multiple Super Bowl MVP awards (Bart Starr and Terry Bradshaw also have two, Joe Montana three, and Tom Brady four). I believe all the guys that did that are in the Hall of fame and are all-time greats.

In the 2007 NFL playoffs, the Giants were the first team to beat an NFC number one-seed in the divisional round since the start of the 12-team format in 1990 when they took down the number one seed Dallas Cowboys. Eli and the Giants then went to frigid Lambeau Field where Eli out-dueled Brett Favre and the Packers.

That brings us to his first Super Bowl were he faced Tom Brady and the undefeated New England Patriots. I know the helmet catch was luck, whatever. Maybe it was but Eli’s ability to extend a play that looked to be a sure sack was as legendary as the catch and he still had to finish the drive off to win the game and he did just that! Manning also became the first quarterback to throw a last-minute, championship-winning touchdown in the NFL title game (including the pre-Super Bowl era) when a field goal would not at least tie the game when he threw the game-winning 13 yard TD pass to Plaxico Burress, sealing the upset win for the Giants. 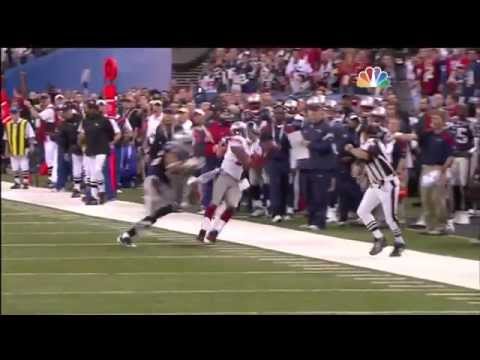 All of this states the case that the history of the NFL can NOT be written without Eli Manning and if the Giants front office had not been in such a shambles over the last 5-6 years Eli’s numbers would have been much better and another Super Bowl or two would not have been out of the question. Even through the mess Eli Manning kept quiet and did his job.

One other thing, did I mention that Eli Manning also won an NFL Man of the Year award? Yes, Eli Manning is a Hall of Famer and if you think he is not, you are wrong!