The 2019 NFL Draft will be here before you know it. To cap off the first week of April, I thought I would do a mock draft which I haven’t done one yet. It’s basically what players I think will be available if the Dolphins stayed where they are. 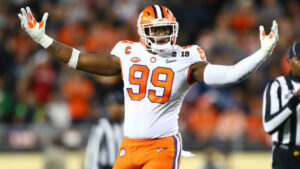 It’s possible Ferrell could still be there for the Dolphins even in a trade back scenario but I’m fine with them taking him at 13 because quite frankly the Dolphins have got to get this position right. They have botched it for too long with guys like Jared Odrick, Charles Harris and Dion Jordan and have let guys like Olivier Vernon walk while Cameron Wake has just gotten older. 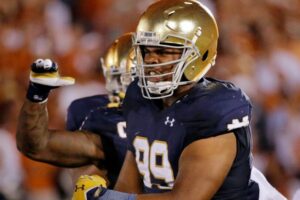 I thought about doubling up at DE but Vincent Taylor suffered a foot injury that derailed his emerging 2018 season so here is some depth behind Taylor and Godchaux. 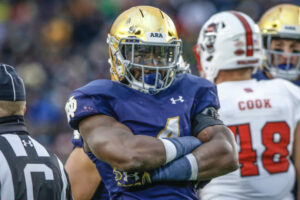 New Dolphins Defensive Coordinator Pat Graham has hinted that the Dolphins will utilize both 4-3 and 3-4 sets. Coney probably best fits as a 3-4 SAM. We have some youth at LB in McMillian and Baker but Coney adds a new element to this unit. 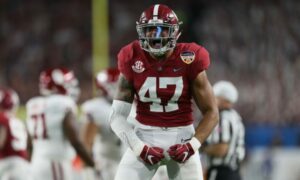 It’s very possible that if drafted by the Dolphins he will be on the practice squad for his rookie season. He had a lot of injuries during his college career but for his senior season he finally was able to put something together. He reminds me a little bit of Mike Hull. Solid at a lot of things but not great at any particular one thing and that is partially due to him being hurt so he needs to get healthy first. 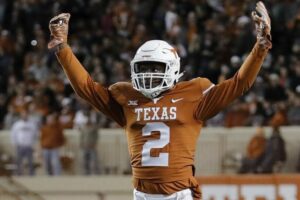 Dolphins need to continue to search for a cornerback who can play the boundary. Mind you, I still have faith in Tankersley but until he can develop into a star, here is some more depth. Boyd kinda reminds me of Brent Grimes without all the off-field drama. 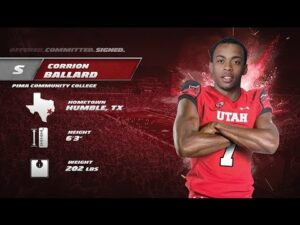 I’m assuming the Dolphins are going to be moving on from TJ McDonald and/or Reshad Jones before this offseason concludes. If so, Minkah Fitzpatrick is going to need some help. 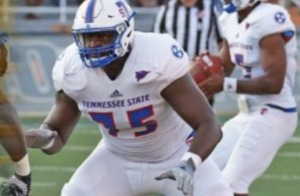 The Dolphins lost Ja’Waun James to free agency so here is an interesting development prospect who has got some intriguing upside.

The inspiration behind this mock draft was basically focusing on defense since this is a defensive-oriented draft class. For the years the Dolphins have selected prospects like Jarvis Landry, Devante Parker, Leonte Carroo, Dion Sims, Mike Gesiki in the hopes of providing Tannehill with enough weapons that he could somehow propel this franchise to the playoffs. Now, that Tannehill is gone, the Dolphins can focus on the important things like defense, the offensive line and relying on running backs for glitz and glamour. All of these defensive prospects come with a mean streak and an attitude that should strike fear into opposing offenses on Sundays. That’s what I want for the Dolphins and that’s how we are going to win.

Previous article
« Browns Blitz: with Ryan Mosser @DynastyCLE
Next article
The Sheridan Report Brought to You by MyBookie.ag: 4/4/19 Top Plays MLB,NBA plus on this day 1988 NCAA Final »

With the playoffs here, and the top 18 picks of the first ...

The Top 10 Rookies after the 2021 NFL Regular Season

To bet on this weekends NFL playoffs, click here to find the ...

1) Brandon Staley should be fired 4th and one on your own ...