One of their strongest positions?

Browns Training Camp is right around the corner and the team is slowly starting to really come together. While it is starting to become a little clearer on who might be starting come Week 1, there are still quite a few important position battles that will be very interesting to watch in the coming weeks.

GM John Dorsey has done a fantastic job completely retooling this team, especially on the defensive side. We now have a loaded line-backing core, defensive back and line room. I am a big fan of the d-line, as I did play nose guard in high school and I see so much talent on the Browns’ line.

There are so many different directions with the line that Gregg Williams could go. It’s pretty obvious that the two holding down the ends will be Emmanuel Ogbah and Myles Garrett. The question is who will be plugging up the holes at defensive tackle? Danny Shelton had been a star run stopper, but John traded him to New England, so now who will step up in this room? I wouldn’t be too surprised to see a combination of Caleb Brantley and Chad Thomas, with Larry Ogunjobi filling in place of Danny Shelton. 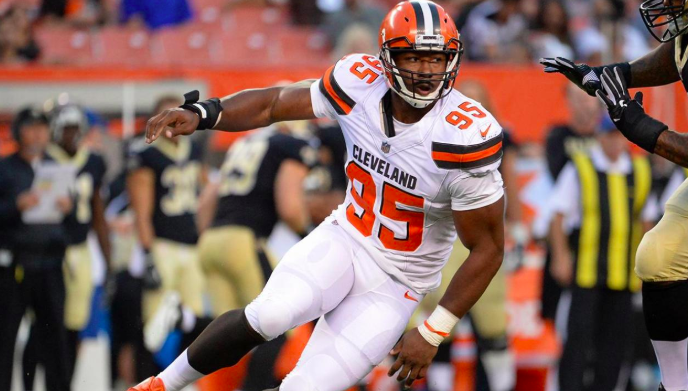 Thomas so far seems to be slept on by a lot of fans. He has such a huge upside. He could end up being a Khalil Mack. With his size and speed, I wouldn’t even rule out him switching between a pass rushing linebacker and a defensive tackle. At 6’5″ and 274 pounds, he could end up being a monster on the field. He and Brantley could be at a real battle to get the second defensive tackle spot if Williams decides to run a 4-3 or a 4-2, which would be a huge mistake if he didn’t.

Another name who could creep into the conversation is Carl Nassib. I’ve been a big fan of his for awhile now and I still think he needs to develop more, but he still has that raw talent that could be beneficial for a d-tackle. He and Thomas are kind of in the same situation where with their size they’d make perfect defensive ends, but we already have two great players there. I hope to see all three of them get to play some time at tackle and also get some pass rushing reps from linebacker, too.

This defensive line room has so much talent and there is just so much Coach Williams has to work with. Hopefully, he can get it all lined out and create the best defensive line in the NFL.

It will be really interesting to see how these guys compete in training camp.