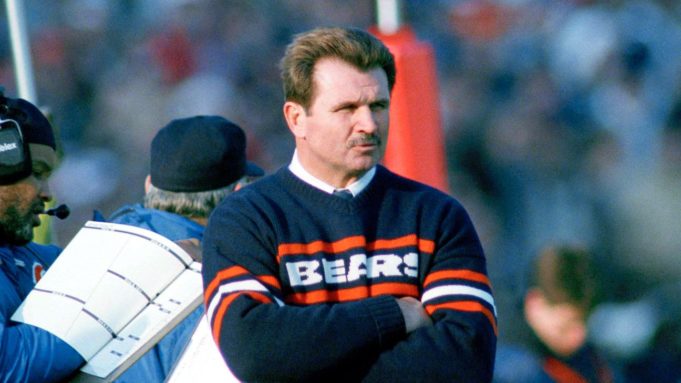 Before we go to the list I know all of these guys were good coaches who won a lot of games, remember this list is over-rated not a worst coaches list. With that being said let’s get started.

To put it simply, Dennis Green is not who we thought he was. As Vikings fans will tell you, he would probably get your team to the playoffs — Minnesota made eight trips in his nine full seasons there, including four division titles. But that was likely to be the highlight of the season. It took five tries for Green to win his first playoff game, and he never won multiple playoff games in a season, his overall playoff record was 4-8.

The two conference title games he managed to reach both illustrated his shortcomings as a coach. Everyone remembers the 15-1 season when Gary Anderson missed his first field goal of the season. What they don’t remember is Green sitting on the ball after Atlanta tied the game, when he likely had the time (and the record-setting offense) to drive for a field goal attempt. Way to have confidence in your kicker, Dennis.

Two years later, the Vikings got to the AFC title game again — and were blown off the field 41-0 by the New York Giants. Early in the game, the Giants recovered a fumbled kickoff and subsequently scored to make it 14-0. Afterward, there was a television shot of Green starting at the field in disbelief. Would you trust that guy to fire your team up for a comeback?

Then, of course, there was his run in Arizona. Besides his famous post-game rant, his best work there may have been helping to wreck Matt Leinart’s confidence, and thus his career. The UFL may have been the appropriate place for him to end up. Plus through in the scandals with his players and coaching staff and it leaves little doubt that he belongs on this list.

In his last few years in Denver, Shanahan’s legacy as a two-time champion became tarnished by his team’s’ late-season collapses. There was 2006 when Denver missed the playoffs after starting 7-2, and he benched his starting quarterback (Jake Plummer) for an untested rookie (Jay Cutler) along the way. And 2008, when the Broncos had a three-game AFC West lead with three games to play — and missed the playoffs. You can even go back to 2002 when Denver finished 9-7 after starting out 7-3.

In Washington he may have seemingly all by himself ruined the promising career of RGIII, hopefully, nobody gives him another chance, but they probably will.

Peyton Manning is given a lot of the blame for the Colts’ constant postseason shortcomings. Did anyone ever consider pointing a finger at the coaching? Look at the three head coaches he’s had in his career: Jim Mora, the ultimate paper tiger; Jim Caldwell, whose most memorable decision in two years was calling time-out to give the Jets a better chance at a game-winning kick; and Tony Dungy, whose record of playoff failure was strong even before coming to Indy.

By all accounts, Tony Dungy is a nice guy. And he wins a lot of regular season games; his 0.668 winning percentage is sixth-best among coaches with at least 100 wins. But that can be said about a lot of people on this list. In 11 postseason appearances, Dungy went one-and-done six times, including twice after a first-round bye.

After flaming out two years in a row in Tampa Bay, he was replaced by fellow overrated coach Jon Gruden — who promptly lead the team to a Super Bowl win. Doesn’t that tell you something? It’s only appropriate that in Dungy’s final game, his 12-4 Colts lost in overtime to the 8-8 Chargers, after winning nine straight to finish the 2008 regular season.

The fact that he has been elected to the pro football hall of fame, will show you that the vote has turned into a popularity contest.

Bears fans are a forgiving lot, in that they’ll remember the good times and forget the bad ones. Mike Ditka can probably still eat free in any Chicago restaurant thanks to his Super Bowl win in 1985 — since fans forget he easily could have won two or three more.

Ditka’s Bears were one of the most dominant regular season teams of the late 1980s and early 1990s. They won six division titles and had six seasons with at least 11 wins. And what did they have to show for it? Not much. The year after the Super Bowl Shuffle, Chicago went 14-2 and seemed a new dynasty in the making…until they lost their opening playoff game, one of three one-and-dones under Ditka. The attempt to bring Doug Flutie in and win a playoff game may have been his biggest blunder in Chicago.

Apart from the championship season, Ditka made it to two other NFC title games, in 1984 and 1988, both against the 49ers. His Bears lost both games by a combined score of 51-3. In fact, four of his six playoff losses were by at least 14 points; a great coach would have at least kept it close.

And then there was New Orleans. The biggest two things Ditka did for the Saints were 1) Trade away their entire draft in 1999 for the rights to Ricky Williams, and 2) Pose for a magazine cover with Williams in a wedding dress. Williams eventually did develop into an All-Pro running back and marijuana smoker — after Ditka had been run out of town following a 3-13 season.

Overall the myth of Ditka is still prevalent, but the facts are much different from the myth.

There are plenty of reasons beyond those in the introduction why Jeff Fisher didn’t deserve to last so long in Tennessee. You can talk about the two times the Titans went one-and-done with the NFL’s best record, and the two playoff wins in the last 11 years. There’s the 9-23 run in 2004-2005, the 0-6 start in 2009, or the five 8-8 seasons. (Being mediocre is even more frustrating than just being bad.) What about the fact that he basically had to be forced to play Vince Young, even though Tennessee was 30-17 when he started and 15-18 when he didn’t?

And then there’s the one thing that overrides everything else: Jeff Fisher owes his career to a trick play. Think about what happens if not for the Music City Miracle. Tennessee goes one-and-done after a 13-3 season, Fisher’s first winning record with the team. He probably lasts another two years, three at most.

But the Miracle happened. Tennessee then beat the top two teams in the AFC (Indianapolis and Jacksonville), then came within a yard of tying Super Bowl XXXIV on the final play. Steve McNair becomes a Tennessee legend, and Fisher gets to stay in charge another 11 years. Did any coach ever get more mileage out of a trick play?

Then he goes to the Rams misses the playoffs every year and still keeps his job! Remember this about Fisher he lost with Case Keenum, Nick Foles, Jared Goff, and Sam Bradford over his last few years and after he was fired they have all played very well. Fisher can be seen these days shopping from Couponsmonk.com, let’s face it he doesn’t have anything better to do.