The NFL Draft has concluded and it’s time to review the ten players picked by the San Francisco 49ers.

If you’re a 49ers fan, you have to be happy with new General Manager John Lynch and Head Coach Kyle Shanahan for the way they made deals and made an absolute haul in this draft.

There are plenty of naysayers out there, but John Lynch is turning heads and some are

changing their opinion of him. It is only one draft, but this front office looks far different from the previous regime that presided over a monumental collapse that spanned three seasons after being a perennial championship contender.

Let’s first look at how the 49ers were able to draft Thomas. For a few days, the 49ers were hinting that they may take a quarterback with the second overall pick. The Bears traded their first round (#3 overall), third round (#67 overall), fourth round (#111 overall), and a 2018 third round pick only to move up one spot to #2.

The Bears drafted quarterback Mitch Trubisky and the 49ers now could get the man who was second on their list behind previously drafted Myles Garrett. Solomon Thomas is very versatile, can play inside or outside, and with DeForest Buckner, Earl Mitchell, and Arik Armstead, they can move him anywhere they like.

Here is a film session that breaks down both his strengths and weaknesses:

One scout is comparing Thomas to John Randle – “Quick and active, strong and powerful.”

“The analysis of the Thomas pick is two-fold. First, Thomas is one of the most complete players in this draft, possessing an outstanding combination of size, quickness and power.” – Todd McShay, ESPN

“Then they took Solomon Thomas with the third overall pick, and he is a future star.” – Pete Prisco, CBS Sports This is another interesting story as the 49ers brass had Foster as their #3 player on their wish list behind Solomon Thomas. As Foster fell on the board, the 49ers continued to try to make calls to make a trade. (Read THIS for the whole story on Thomas and Foster)

The beautiful thing about the way they drafted Foster is that they used the 111th overall pick to move up, the one they just received from the Bears, so they essentially moved up for free!

John Lynch personally vouched for Foster’s character and Foster is also on track to be ready for training camp after having shoulder surgery. He will be paired with NaVorro Bowman, which could be quite the tandem. Witherspoon has great size (6’3 and 200 lbs), long arms, ran a 4.45 at the combine, and has great ability to go up and get the ball. He does need to improve in his run defense, but he has the opportunity to start right away and take away the opponent’s best receiver. Kyle Shanahan liked what he saw when he evaluated Beathard, but it seems the 49ers could have gotten him later. Offensive players and offenses overall are more productive under Shanahan than without him (see Cleveland, Washington, and Atlanta) so there’s reason to believe Shanahan knows what he’s looking for, but it’s also fair to be skeptical here. Joe Williams could be a huge steal as teams stayed away from him due to his short retirement. Williams is extremely fast (4.41 at the combine) and can make great cuts to turn small gains into long gains. This is another example of where Kyle Shanahan can make guys better in the offense and Joe Williams could be the change-of-pace back the 49ers need behind Carlos Hyde. 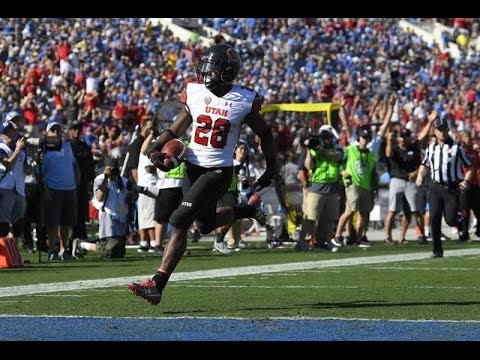 Kittle has 4.52 speed and is considered one of the top blocking tight ends in this draft. It will be interesting to see where and how he fits into an offense that has four capable tight ends.

It was exciting to hear Coach Shanahan say that Taylor was “one of the best slot receivers in this draft.” He runs routes well and is small in a way that reminds you of Wes Welker. Once you get down here, it’s hard to tell very much. It looks like Taumoepenu has an upside for rushing the passer, but he’ll have to impress in camp to get a shot. Colbert has good speed and is good on special teams, but there are a lot of talented defensive backs on the roster, so he’ll have to be real good to get playing time.