The Redblacks have a proven track record of selecting offensive linemen in the draft and once again they have drafted an lineman who should be able to help out right away in Evan Johnson. Possibly the biggest steal of this draft could be defensive lineman Eli Ankou out of UCLA: Ankou is very talented but now the question is whether the Redblacks ever get the talented DL over the border? If they do, he could have an immediate impact.

Overall I think the Redblacks added some depth to the team and had a solid draft. As of right now, I would give this draft a solid C grade, but it could quickly become an B if they can get Ankou across the border. Grade: C. Considering the Alouettes did not have a first-round pick in this draft, I think they did a nice job. I love the third-round selection of Dondre Wright; I think he is one of the best defensive backs in this draft and possesses first-round talent. Alexander Morrison is another pick I love, as he is a speed guy that will give the Alouettes an explosive weapon on offense.

Overall, the Alouettes did a nice job in this draft. Grade: B-. My favorite pick for the Riders would have to be offensive lineman Dariusz Bladek from Bethune-Cookman. Anthony Auclair is an interesting pick as he is trying his luck with the NFL, but if the Riders get him he would be a huge addition to the offense.

Overall, I am really not that impressed with what the Riders did in this draft, My grade will improve if they can get Auclair on the field in a Riders jersey. Grade: D. 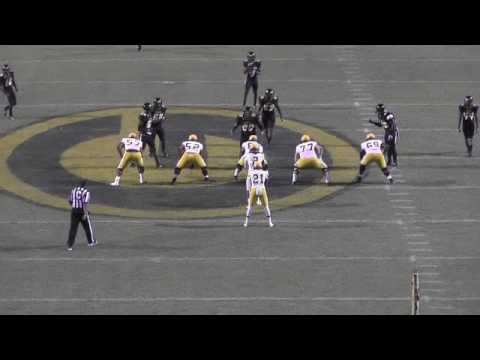 The TiCats drafted for need and added 5 out of their 7 drafted players on the offensive and defensive lines. Connor McGough will help out immediately as will offensive lineman Braden Schram.

Overall they added depth on the offensive and defensive line and that is where championships in any league are won. Grade: B-.

Even without a first-round pick, the Argos got a first round talent in Idaho offensive lineman Mason Woods. The 6’9″ lineman was considered just a few weeks ago as possibly the first player to be selected in this draft. Robert Woodson may be the best pick of this draft as I feel he will be a big-time defensive back in the CFL. Linebackers Nakas Onyeks and Justin Herdman have the potential to be big-time steals for the Argos.

Overall I think new Argos G.M. may have hit a home run in this draft. Grade A. Randy Colling was a great first-round pick, as he has spent four years in the Arena Football League and should be able to help the Stamps right away. [Interesting fact: According to the below Cleveland Gladiators podcast, Colling is the first-ever AFL player to be drafted by the CFL. Nice. –Ed.]

The rest of the Stampeders draft was solid and let’s face it whatever the Stamps do usually turns out right. Overall I will trust that the Stamps have done a solid job with this draft because they usually do. Grade B-. “On the Record” with Cleveland Gladiators D-Lineman Randy Colling

With the retirement of Shawn Gore, Danny Vandervoort was a necessity pick for the Lions and he should be able to step right in and fill the gap left by Gore’s retirement. Jordan Herdman will be an absolute steal in the seventh round. Luke and Zver will instantly add depth along the offensive and defensive lines for the Lions.

Overall Wally Buono nailed it in this draft and should find themselves neck and neck once again with the Stampeders. Grade: A. Geoff Gray could end up in the NFL, so the 8th overall pick could be a risk, but I think it will be a risk worth taking. Ekakite on the other hand, should start and help out right away for the Bombers. Adding Spooner gives the Bombers three picks that will start on the front line for them eventually. The rest of the draft was also solid and will help add depth to the Bombers.

Overall a nice job done here by the Bombers. Grade: A-.

Behar is a receiver that could make an impact at some point this season. I really like the Eskimos two 5th round picks, especially Kwaku Boateng. Not too much splash here, but a decent job and I think the late round picks for the Eskimos could eventually make a huge impact. Grade: C+. 15) Willie Fleming Fleming retired from the CFL and the BC Lions ...